One of the main reasons I have a blog is to be part of the resistance. To take a stand. To fight back.

You see, there’s a war going on.

Not a war with guns, tanks and bombs. This war is fought on the battle ground of your mind.

And whether you know it or not, you’ve been in the war since childhood.

That’s when the indoctrination begins.

That’s when the battle starts.

The philosophy of failure. The disease of just getting by. Envy. Conspiracy theories. Clever catch phrases that conveniently explain away their lack of success.

“Wanting to be rich is selfish”.

A pet peeve of mine is when I hear people giving others (rotten) advice or spouting life “wisdom” when they have yet to accomplish anything for themselves.

Have you ever seen a broke guy trying to give money advice to others? I see this horse manure almost every day, and it really pisses me off.

People who haven’t accomplished anything don’t have any business motivating others or giving them advice.

Yet, it seems that every time someone has something to say, the mediocre are the first ones to give feedback.

Friends, here’s a tip: When people speak in generality and not from experience about success and money, it stems from their desire to convert you to their way of toxic way of thinking.

If the mediocre had a battle flag, that phrase would be embroidered on it.

And exactly what battles have the mediocre won? Just the one – misery.

Which makes this latest goofball philosophy that it is selfish to want to be rich so funny. It would be even funnier if it weren’t so sad and untrue.

And that’s where I come in with this blog.

Colonel Campbell is on your side. I’m here to help you beat back the mediocre majority’s nonsense. I’m here to drop bombs of truth on their little encampments of misery. I’m here to blow their cute little sayings to smithereens.

Friends, like most of the medicore’s philosophies, they’re not only inaccurate, they are the complete opposite of the truth.

The real truth is that getting rich is one of the most unselfish things you could ever do. Simply put, struggling financially negatively impacts your kids, your spouse and your community. How selfish is that?

The real truth is that being broke never made anyone happy and charitable. No one ever gave thanks for not being rich.

I don’t see the mediocre suffering from being too altruistic. I do see them being obsessesed with something though – income inequality. Their chief concern is this – Where’s mine? Now, tell me again who is selfish?

Here’s another smart bomb – Guess what Bill Gates, Warren Buffett and most of the world’s richest people all have in common? They’re giving all their riches away. That’s right. They’ve all pledged to give away the majority of their wealth to charity via The Giving Pledge. Now, tell me again who is selfish?

Financial freedom has allowed me to travel the world. I’ve been all over. Seen all the cool sites. And yet, I still haven’t seen any statues or monuments erected to celebrate the accomplishments of the mediocre. Not one.

What I have seen are hospitals, schools for underprivileged children and charities to help the poor, all built with money donated by successful men and women. I’ve seen enhanced healthcare and efforts to reduce poverty in third world countries by foundations like the Gates Foundation, with an endowment of over $40 billion. And where did the Gates Foundation get the vast majority of those assets to give away? They were donated from none other than Warren Buffett, one of the richest people in the world. One more time, tell me again who is selfish here?

Friends, you have a gift. You have something that you were put on this earth to do. Although I don’t know what that is, I do know what it is not. You’re not put here to waste your days under the fluorescent lights at a job you hate. Your true life’s purpose will never see the light of day if it’s smothered in financial struggle. You’ll never open that school for poor children. You’ll never start your own foundation. You’ll never help the poor in your own community. Nobody will ever get to benefit from your gift. How selfish is that?

The next time you hear someone from the mediocre majority spouting off about how selfish it is to want to be rich, ask them this question – how would you know? Th truth is they don’t.  They’re just repeating some psycho babble likely taught to them by their parents and never bothered to test its validity. They’ve never been rich so they don’t have any firsthand knowledge of whether it makes a person selfish or not. So, there comments are worthless.

The best reply to someone telling you that wanting to be rich is selfish? Tell them you’re working to be financially free so that you have the time, money and resources to share your gifts with your family, community and those in need just like some of the richest people in the world do. Now, who is selfish? 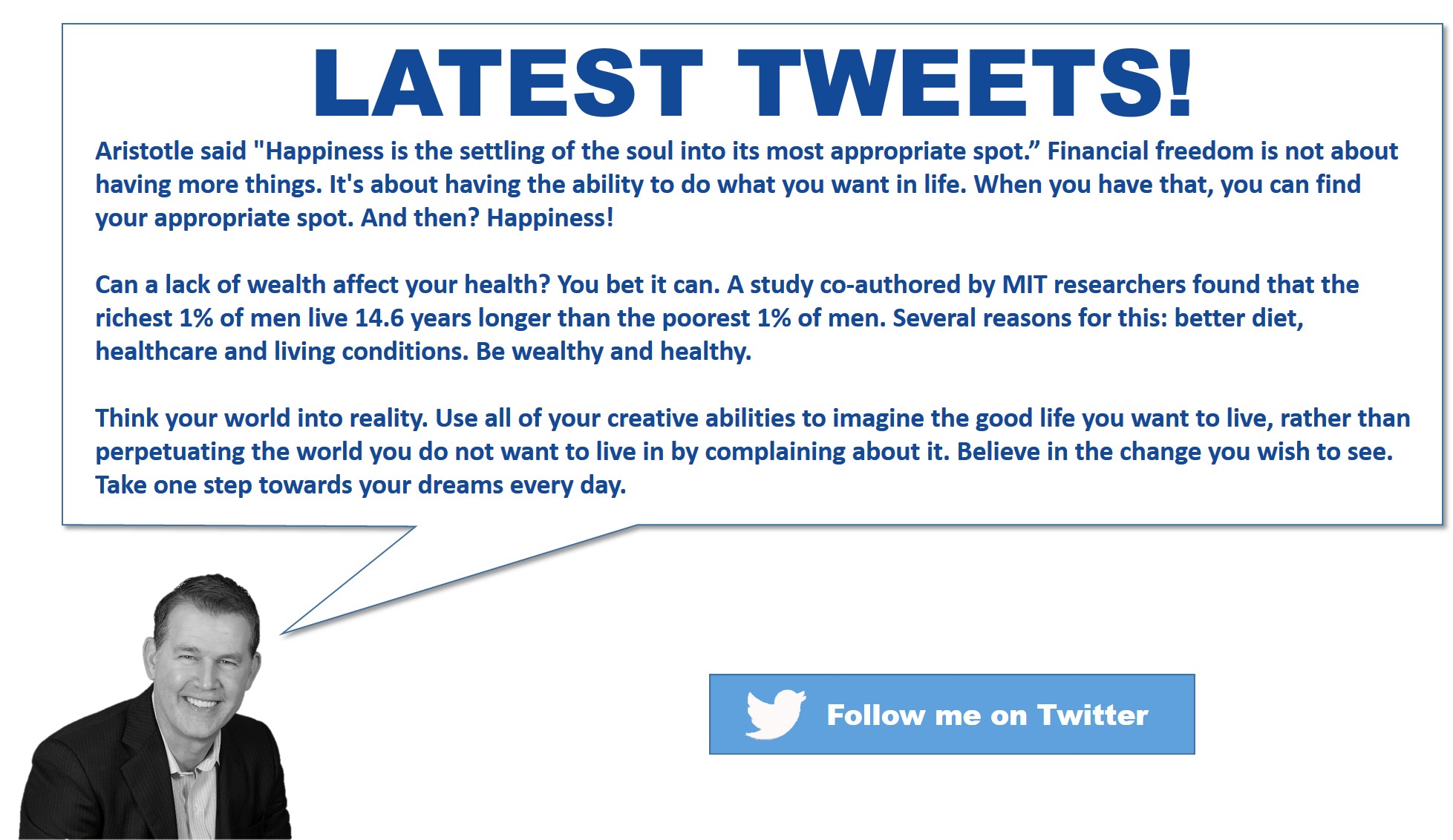 How To Know If Your Slipping Into Mediocrity. Six Signs That You’re Settling For A Life You’ll Regret

The First Two Types Of Motivation Will Help, But You Need The Third Type To Be Financially Free