Warren Buffett is known for paring-down his investment ideas into simple, memorable sound bites. While these homespun sayings help us by reducing complicated concepts into a digestible format, they can lead some new investors to scratching their heads.  Especially when it appears that those sayings seem to contradict the legendary investor himself!

“Our favorite holding period is forever”.

This statement could lead some to infer that Buffett holds onto stocks forever. When, in fact, the opposite is true.  Over the years, Buffett has sold many of his holdings and sometimes after owning them for just a very short time.  I’ll talk more Buffet selling stocks in a moment.

So, what gives here? Is the master investor intentionally trying to confuse us? Is he speaking out of both sides of his mouth?

The first key to understanding sound bites like this from Buffett, is to realize that these sayings are convictions for Buffett. Longtime readers know that I’m a big fan of convictions. Simply stated and oft –repeated convictions get into your DNA and help guide you in making better decisions. As importantly, they help you avoid making bad decisions.

We are emotional when it comes to money. Everyone is. The problem is that emotions generally betray a person in investing. You see,  emotions lead the novice investor to chase – chase after the current high-flying tech stock, chase after the mutual fund that just posted good returns  and to chase news, hot tips and an “edge” with selecting stocks. And what does most of that chasing lead to? The certain transfer of that particular investor’s money over to another investor who doesn’t chase.

Here’s a question bridge – When looking for a spouse, would “promiscuity” be high on the list of character traits you’d like to see in your future spouse? Of course not.  Promiscuity describes indiscriminate behavior.   It is being casual or irregular with something that is important.  If you’re promiscuous, you’re interested in the flavor of the day.  You lack commitment and just do what feels good at the moment.  When that something stops feeling good, the promiscuous person moves on. That’s hardly marriage material my friends.

Yet, when it comes to something equally as important and impactful on a person’s life – how they invest their money – I see all too many investors take a promiscuous approach.

People love their investments when they are making money, but are quick to abandon them for “something better” when they slow down.  But here’s the truth: Jumping from investment to investment rarely works.  Just how damaging can this performance chasing be?  Well, what if I told you that Morningstar’s highest performing mutual fund for any 1 year period, usually loses money for investors the following year. How can that be possible?

More often than not, last year’s superstar portfolio manager is this year’s dud. The problem is that the mutual fund industry promotes past returns in its advertising, so investors see the superstar manager’s impressive returns from last year and pile in based on nothing but the funds short-term performance.

However, as they say: “past performance is no guarantee of future results.”

Indeed. Today’s shooting stars typically become tomorrow’s duds. A study by McGill University, found that only 0.6% of mutual fund managers were able to keep-up their “superstar” status and beat the indexes over time.  A typical mutual fund holds a stock for one to two years; a turnover of 100 percent is not  uncommon. All that turnover kills performance due to fees and taxes, which is why most mutual funds don’t even beat the averages! For investors, looking at longer term performance metrics makes more sense than betting on last year’s hotshot manager.

So, what does this mean for investors? It means the following:

If you were to analyze Berkshire Hathaway’s turnover it would come to about 5 percent, implying an average holding period of about 20 year. Twenty years.

Why is it a good idea to hold a company’s stock for this long? If it’s a rapidly changing or “hot” industry, it doesn’t because the underlying business fundamental will change quickly. This is why you are more likely to lose money investing in something considered high-tech compared to something that is considered low tech.

The novice investor often argues that low-tech business cannot generate high returns. Au contraire my friends. Buffett has proven them all wrong as study after study has shown that low tech businesses perform well, extremely well in some cases, when they are leaders in their industries and are run by owner-oriented managers. This is echoed in the full quote from Buffett regarding holding stocks for the long-term:

“When we own portions of outstanding businesses with outstanding managements, our favorite holding period is forever.”

The main reason Buffett holds his stocks for such a long time is because he acquires a considerable amount of knowledge about the company before he acquires stock in the company. Study after study has proven that a buy-and-hold, long term strategy is what wins in the stock market. Long-term investments best serve the investor like Buffett because they know a lot about the company and have confidence in its long term prospects.

Back to when Buffett sells his stocks…

Friends, do your homework when selecting stocks. Back to the marriage analogy – buy stocks like you would a engagement ring, not like you buy perfume, with careful analysis and thought. Look for stocks that can stand the test of time, run by competent managers that have an owner philosophy towards the business. If that’s what made Buffett so successful with stocks, couldn’t it do the same for you? 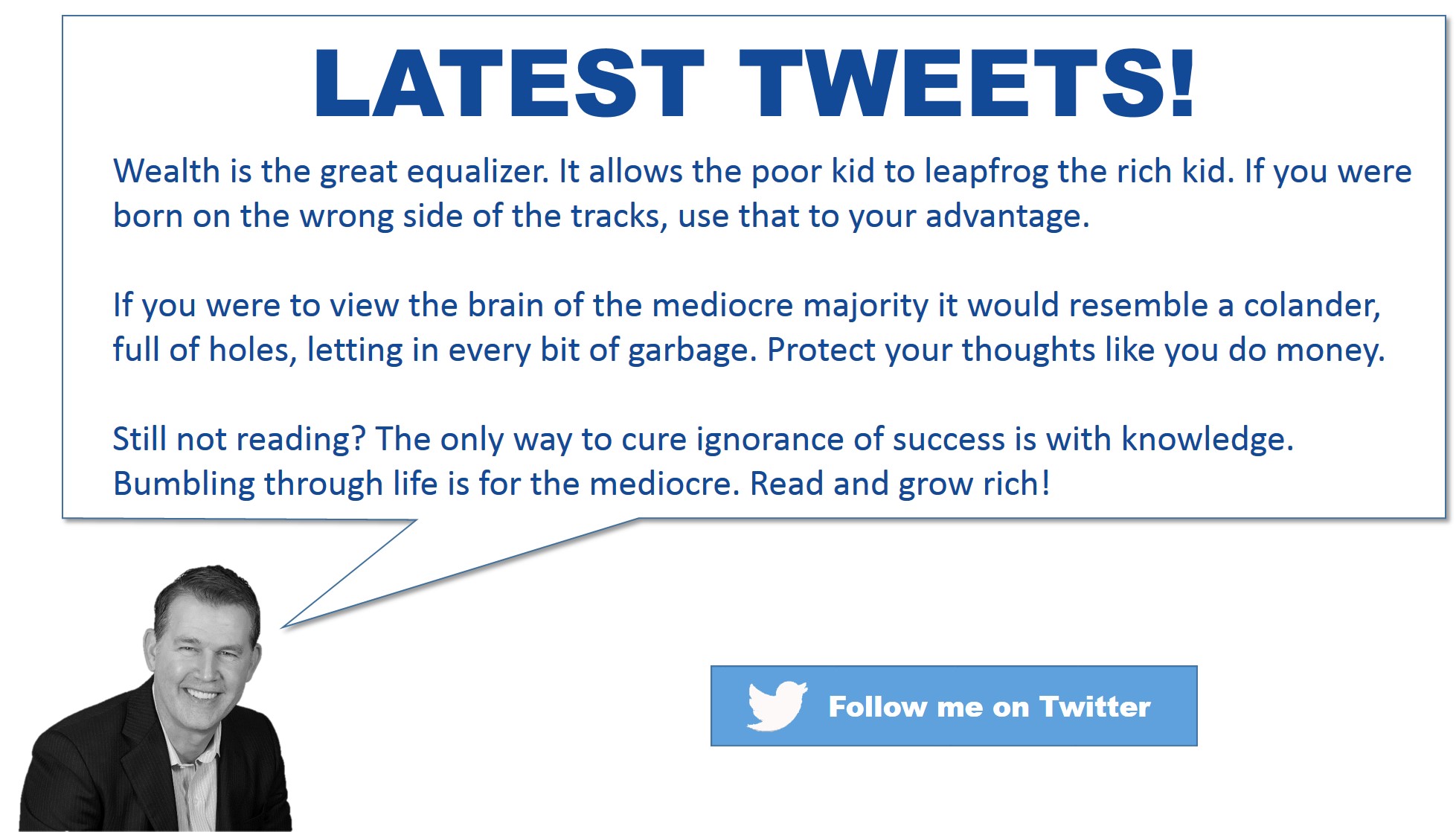 Having Difficulty Staying Positive After A Setback? Use The “Ledger System” To Bounce Back!