Ah, that oft-repeated bit of parenting “wisdom”. It’s as if parents are really saying this – “I’m too lazy to actually do what I tell you to do, but what I’m telling you to do is very important, so do it!”

Which brings me to the point of today’ essay – What do you teach (or would teach, if you were a parent) your kids about learning?

Will get back to that question in a minute. In the meantime, let’s visit ancient Greece…

The ancient Greek philosophers spent a lot of time talking and writing about the nature of man. Take Socrates, for example. Socrates believed that man’s purpose in life was to seek sophia, or wisdom. According to Socrates and his student, Plato, achieving sophia gave a man a general understanding of virtue. And once a man reached an understanding of each of the virtues, he would naturally (and hopefully) live them.

For example, if a man understood the nature of being truthful, he would naturally be honest. Thus for Socrates and Plato, becoming a man of virtue was an exercise in continuous improvement. Aristotle also believed that practical wisdom was the virtue that made all the other virtues possible. Without the correct application of practical wisdom, the other virtues would be lived too much (ex. save so much money that you become a miser) or too little and turn into vices.

Indeed, seeking wisdom from a lifetime of learning became something of an “operating system” for the ancient Greek philosophers. This gave those Greeks an excellent response to the Big Question – How exactly do we live a life that works?

There’s another great philosopher who has make it his life’s goal to answer that question. And the good news is that we don’t have to envision what he’s like in a toga because he’s alive and amongst us right now. I’m talking about Charlie Munger, Warren Buffett’s right hand man, who had this to say about lifetime learning…

“Wisdom acquisition is a moral duty. It’s not something you do just to advance in life. Wisdom acquisition is a moral duty. As a corollary to that proposition which is very important, it means that you are hooked for lifetime learning. And without lifetime learning, you people are not going to do very well. You are not going to get very far in life based on what you already know.”

Question bridge – How do you think the most successful people in the world operate their minds? How do they make better decisions that have led to their success?

They do it by mentally filing away a massive, but finite amount of fundamental, unchanging knowledge that can be used in evaluating the infinite number of unique scenarios which show up in the real world.

That is how consistently rational and effective thinking is done, and the fundamental framework underneath it all is continuous learning.

As with physical tools, the lack of a mental tool at a crucial moment can lead to a bad result such as failed investment, failed career, failed relationship and a failed life.

If this seems self-evident, it’s actually a very unnatural way to think. Without the right training, most minds take the wrong approach. They prefer to solve problems by asking: Which ideas do I already love and know deeply, and how can I apply them to the situation at hand?

You know the adage “To the man with only a hammer, everything looks like a nail.” Such narrow-minded thinking leads to far too many misjudgments. You probably do it every single day without knowing it.

It’s not that you don’t have some good ideas in your head. You probably do! No competent adult is a total buffoon. It’s just that we tend to be very limited in our good ideas, and we overuse them. This combination makes our good ideas just as dangerous as our bad ones. Yikes!

So, how do we combat this?

So it is with practical wisdom. You become more and more practically wise the more decisions you make, the more you experience, and this is key–the more you learn.

Now, back to the question posed at the beginning of the essay…

I see too many people going thru life without an operating system. They buzz past the library (that they paid for with their taxes!), never to be physically caught in its hallowed halls. Reading? Books? Blasphemy! That’s something you had to do when you were in college, they think.

Given many people’s disdain for reading and a lifetime of learning, I often wonder if these same people would even send their children to primary school if it weren’t required by law. Seriously.

Question bridge: Would you actually teach your children your current philosophy on adult learning? Should they follow your example?

Would you release them out into the world, discouraging them to learn more than they already know? Or would you tell them to continuously learn and to grow wiser?

Friends, I know these questions may seem a little silly. Of course you would teach your children to continuously learn, to grow and to gain wisdom. But here’s the million dollar question – if that’s good advice for your children (and it certainly is), isn’t it good for you as well?

We have an epidemic of education malnutrition in this country. It is estimated that only 3% of the population has a library card. And the number one reason that 3% carry a card? You guessed it…to get books for their children, not themselves!

Some of the best advice I give to people is this – What do you teach your children about money, education, career and relationships? Take that same advice and give it to yourself. Follow that very advice.

The number one priority for a parent is the current and future well being of their children. Dear reader, you should have the same priority for you as well! Are you acquiring enough knowledge to make you successful? What lack of information is holding you back in life? Remember, there is no difference between the man who can’t read and the man who refuses to read.

How do you live a life that works? By continuously learning and using the wisdom gained to make great decisions. After all, great decisions lead to great lives. Information comes before transformation. If you’re to transform into the financially free life, you need the prerequisite information. You’re not going to get very far based on what you already know. 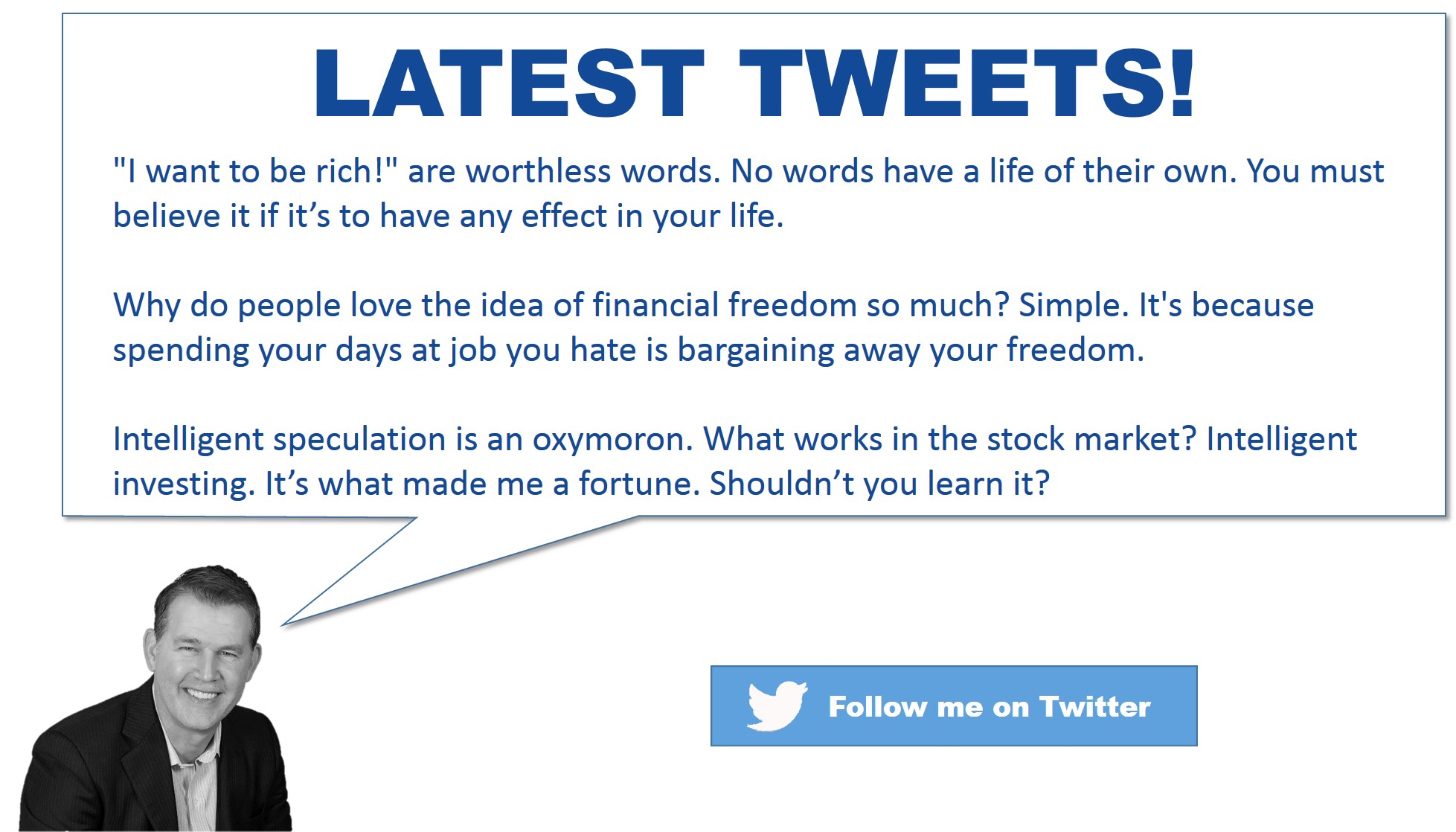 Poll: Who Fails More Often, The Rich Or The Non-Rich? The People On The Street Say It’s The…