Thomas Stanley who wrote the book The Millionaire Next Door, explained in his book that the courage to be different is a contributing factor in most millionaire’s successes. “One of the reasons that millionaires are economically successful is that they think differently,” he writes. While no man is an island, those that profit from the stock market know the value of independent thought.

I’ve often thought of writing a book about how to achieve success with stock investing. The title? It would be this – “The shortest book ever written about stock investing”. The book would contain only one page and only one sentence, which would read: “To  be successful with stocks, think and act differently than most everyone else”.

How Fortunes Are Made In The Stock Market

Indeed, much of success in investing, and in life, comes from having the courage to think and act differently from everyone else. And this is harder than it sounds. When everyone is rushing to sell stocks in a recession, it takes a lot of conviction to stand opposite of the herd and buy stocks. But my friends, that’s exactly how fortunes are made in the stock market.

To illustrate, let me take an example right out of today’s headlines – the country’s deficit. Before I go there, here’s a little background on how our deficit is financed:

Governments typically issue bonds to finance their country’s deficit. Most creditors think that the government is highly unlikely to not repay its creditors, therefore this makes government bonds more attractive than say riskier corporate bonds. As a result, government interest rates remain relatively low. This allows governments to keep running deficits for years.

The United States finances its deficit with Treasury bills, notes and bonds. That’s the government’s way of printing money. It is creating more credit denominated in our currency. Over time, it does lower the value of this currency. That’s because, as bonds flood the market, the supply outweighs the demand.

As bills come due, they simply create more credit and pay it off. That lowers the value of the currency as the money supply increases. But here’s the thing – If the deficit is moderate, it doesn’t hurt the economy. Instead, it actually boosts economic growth.

Did I just say that deficits are good? You bet I did. They’re not just good, they can be really good for stock investors.

Historically, deficits have been attacked by everyone. Political parties use deficits to blame their opponents and the previous administration. And since the talking heads on TV love a good fight, they beat the “deficits are bad” drums until everyone has it in their head that deficits are bad for stocks.

Unfortunately for them, our good friend Mr. Facts tells us this is wrong. History shows it’s actually the reverse. Twelve months after budget surpluses, stocks have returned only 1.3% on average. And they returned just .1% after 24 months and just 7.1% after 36 months. And of deficits? The returns are much better:  20.1% after 12 months, 29.7% after 24 months and 35.1% after 36 months. So, if you’re inclined to sell your stocks after reading a screaming headline about deficits, you may make the wrong move.

Here’s what is happening…

Government spending is a component of a nation’s total output, known as gross domestic product. When a government runs a deficit, they have to borrow money. No surprise. But what happens next is where the magic begins – they spend it. On average, borrowed money of any type changes hands at least 6 times in the first year. So, the government spends money to build a new bridge. The construction worker makes more money and he goes out and buys a new truck. The truck dealer makes more money and he takes his wife out to dinner to celebrate. And so on and so on. You get the idea.

No matter what your opinion of how the government actually spends the money, it will go to either a person, an organization or another government but mostly the first two. These recipients take the money and spend it again creating money velocity. The more money changing hands the more money moves through our economy, benefiting it and its people.

To be clear, I hate deficits both at the personal level and at the government level. In my opinion they represent poor money management and decision making and they certainly can create challenges down the road for either a person or organization. But your job as an investor isn’t to bemoan what you see as policy mistakes, rather it is to profit from your investment decisions. As Warren Buffett has said, the market is not there to instruct you, it’s there to serve you.

The point of today’s essay isn’t that you should try to time the market regarding deficits. I don’t know how you could. Rather, the point is that you shouldn’t automatically do what everyone else is doing (selling because of a scary deficit headline). History shows that would not have worked well for you.

I’ll close this article the way I started it – much of success in investing, and in life, comes from having the courage to think and act differently than everyone else. To do that takes an inquisitive mind, one that wants to understand things, not just to be told things. One that will peer behind the scenes of the headlines and do research into what is really happening. One that doesn’t make its decisions based on what everyone else is doing. That mind is the wealthy mind. The financially free mind. 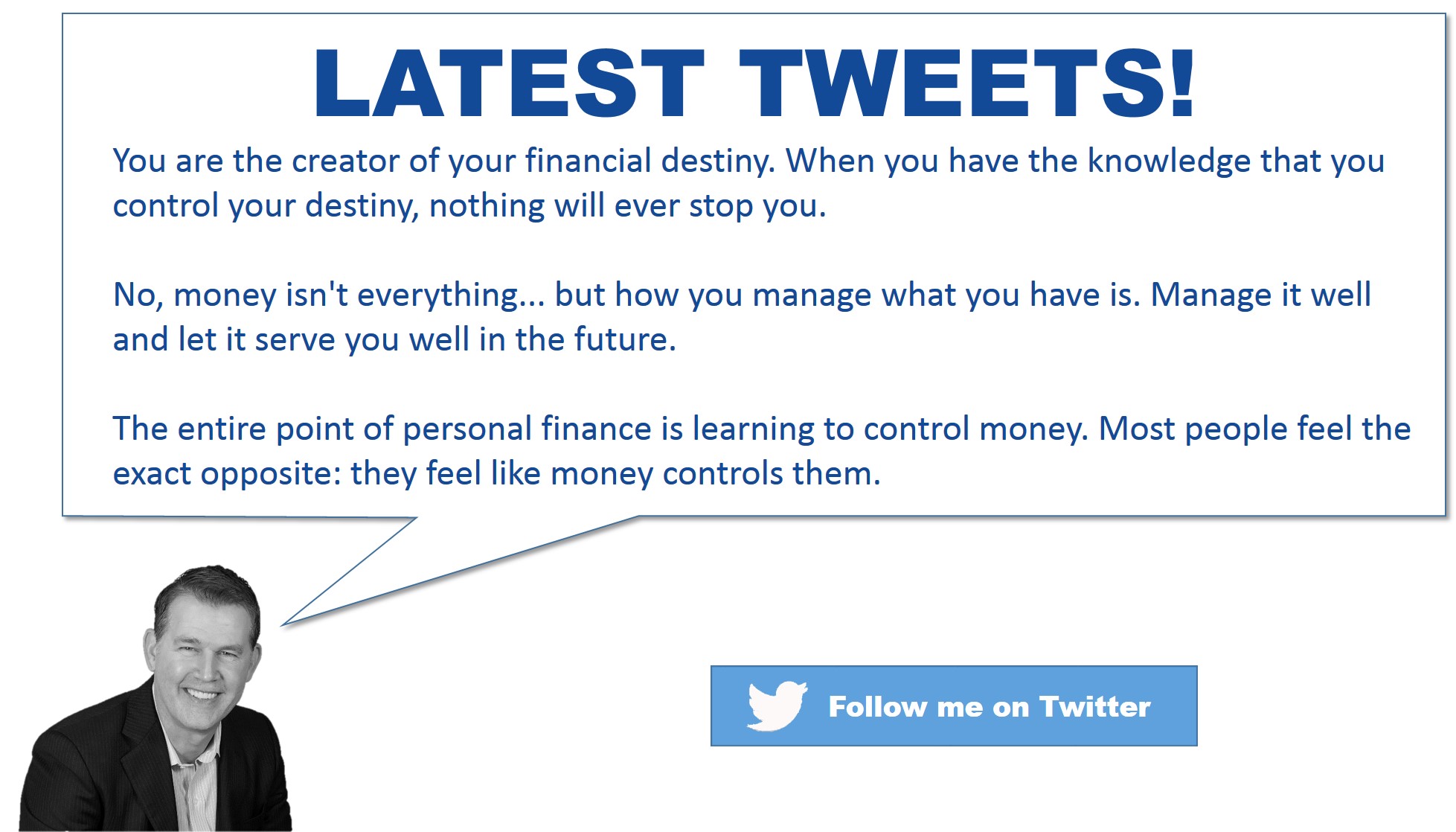 Would You Reject Free Income? These People Did, Because They Knew It Would Make Them Miserable.

How To Achieve The Impossible, Even If Your 100% Certain That It Is Not Possible!