A majority of people around the world believe capitalism does more harm than good. This is per a recent survey from the Edelman Trust Barometer.

Over two decades, the Edelman organization has polled tens of thousands of people on their trust in major institutions. But this is the first time they sought to understand how capitalism itself was viewed.

I always cringe when I read articles like this.

Most, if not all, of these types of articles seek to gauge how someone “feels” towards capitalism. Rarely, if ever, do they ask the respondents an important follow-up question – do they have facts to back up their opinion?

Because if they did, these same people that demonize capitalism would probably choke on their answers. They’d be hard pressed to find credible data that capitalism has done more harm than good.

Their opinions would run right into the buzz saw of credible facts to the contrary, such as…

-We are in the midst of the longest economic expansion in the world’s history.

-Unemployment is at a half-century low.

-Salaries and wages are up.

-U.S. household income and net worth are at record highs.

-The U.S. economy employs roughly twice as many people as it did 50 years ago — a growth rate that has outpaced the expansion of America’s population during that time period.

-Advances in medicine and technology have eliminated many of what plagued earlier generations, including polio, smallpox, measles and rickets.

-The average life span has almost doubled over the past century.

-The number of people worldwide living on less than about two dollars per day today is less than half of what it was in 1990.

-Market economies have also made education, art, and culture available to more and more people.

-We enjoy modern conveniences that those of a generation or two ago could only dream of.

Which all begs the question, how can someone living in these rich times come to the conclusion that they’ve been made worse off by capitalism?

Here’s how: by comparing themselves to others who have more. In other words, they’re basing their opinion of capitalism on new-found feelings towards something that has always existed – being unequal.

It’s as if they’ve been living under a rock and just awakened to the fact that we’re not all the same. The outrage!

I have news for those who think this way….we’ve never been equal and we never will be. Hell, even identical twins are not equal. They have different habits, opinions, philosophies and therefore make different choices in life.

Which gets to the point of today’s essay…

Have you ever noticed that self-made success rarely spreads across a family? In other words, a single family member will achieve financial success but their siblings struggle.

I see this all the time. Maybe you’ve seen it in your own family?

A brother or sister will achieve uncommon success with their career, business and investments. Meanwhile the other siblings barely scrape by.

How can this be?

They have the same DNA. They’re raised by the same parents. They’re in the same environment. They have roughly the same opportunities.

Why then aren’t they equal from a financial standpoint?

The answer is primarily this…they’re not equal because their choices are not equal.

I know that’s a tough pill for some to swallow.

It’s a lot easier for many to befriend that newest scapegoat, inequality, than to confront the sober reality that they themselves got them to where they are in life.

You make decisions every day that move you closer to the good life—or away from it. There is no such thing as just sitting still or putting your life on hold. That’s a deception.

When it comes right down to it, almost everything is a choice. Every single minute, there are choices in life. This is both a great truth and a hard lesson for some because it reminds them that they are not powerless.

I say that because of this very important reason – those that beat the inequality drumbeat would have you believe that you’re not capable of being better.

Friends, this way of thinking will leave you stuck, miserable and struggling in life.

-Have a dream and a purpose for a better life and commit to achieving it. Believe in yourself and your dreams. Make success your duty and obligation.

-Trust your instincts, not what you hear from the mediocre majority and broke politicians who want you to join their ranks of misery. Acknowledge your own strengths. Dream it and dare to achieve it. You are good enough, smart enough and strong enough. Follow your vision. Know that anything is possible. Know you can and will be successful.

-Discipline yourself to make good choices in life, for success is earned via good choices. Effort and discipline are highly involved in becoming successful. Professional athletes know this very well. When making choices about money, stretch yourself to choose the opposite of bad decisions you’ve made in the past. Set a high standard of financial success for yourself and work harder than the rest.

What does everyone deserve?

They deserve an economy that allows each person to succeed through hard work and creativity and to lead a life of meaning and dignity. The successful life. The financially free life. 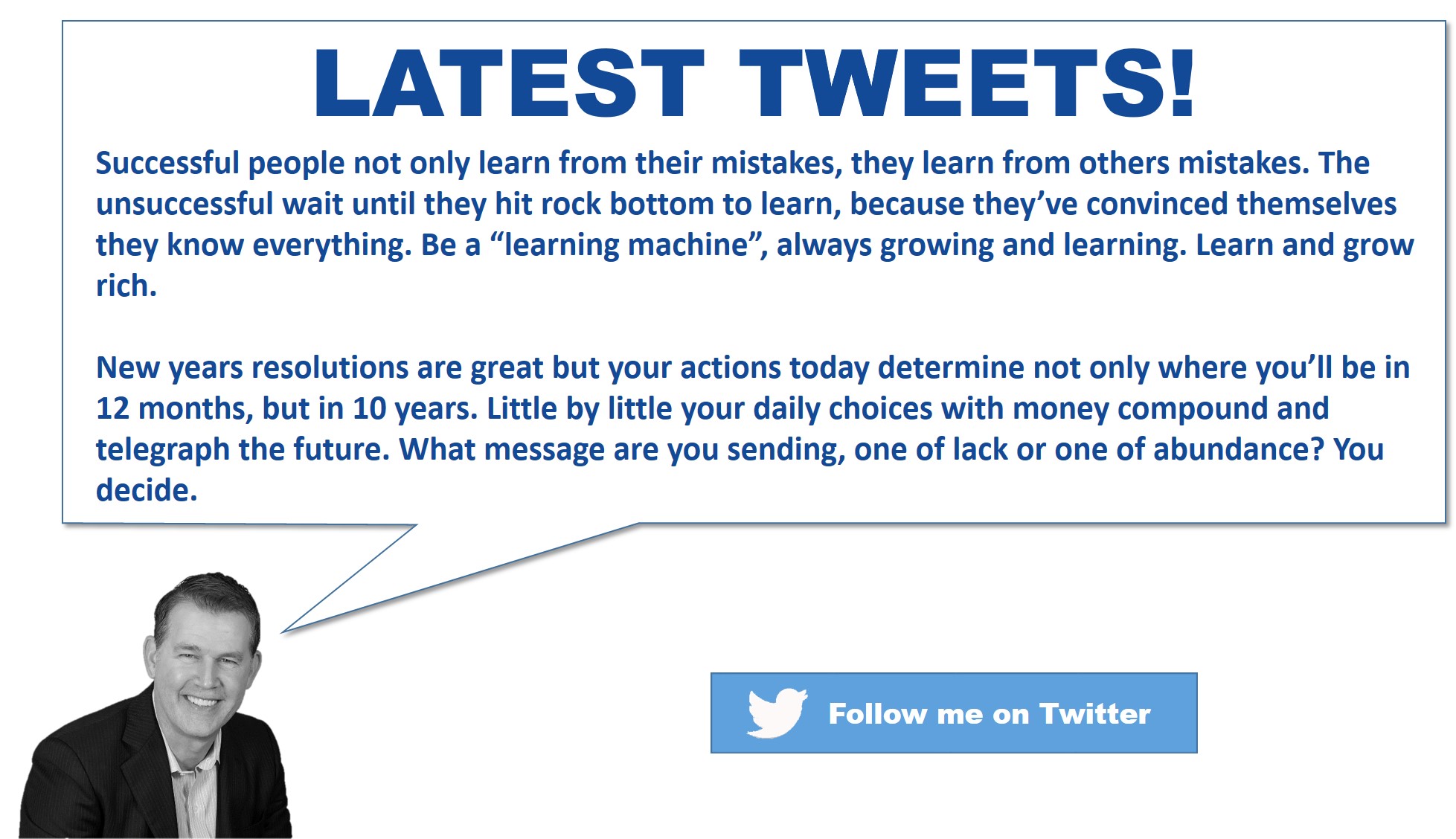 Will You Or Won’t You? The Quick Way To Know If You’ll Actually Be Able To Retire On Schedule!

Premature Emancipation: The “Freedom” Joke That Minimalists Play On Themselves & Regret

Which Really Comes First, The Money Or The Success? Most People Believe That It Is The…