When people come to me for money advice they generally fall into one of two categories:

The first category is the twenty something year old who’s hungry for success. Bright-eyed and bushy tailed, these folks are energetic and they soak up knowledge given to them like a sponge. They want to learn and they meticulously take notes and follow them. They know they’re just starting out, so they’re eager and humble to learn and take the first steps towards success.

The second category is the fifty-to-sixty year old who is beaten down financially. They’re downtrodden, weary from crushing debt and from working at a job they hate. They’ve gotten themselves into a significant financial bind from buying too much house, too many cars/toys and from making too many money mistakes.

They’re the complete opposite of the other category in yet other way – they don’t want to learn anything, and they certainly are not interested in taking steps to financial success.  Rather, they’re on a hunt for something….unicorns.

They spend their energy dreaming of a day they will be liberated with some great payment from that falls from the sky – the lottery, an inheritance from a long lost aunt, making a ton of money flipping a house, or “investing” in that hot pharmaceutical stock.  Rather than put on the work boots of success, they’ve put on the house slippers of fantasies.

We get everything fast these days. Netflix lets you watch a movie when you want. Amazon offers same day delivery. Instant gratification used to be a luxury. Now it’s an expectation. Studies show most people click away from a video if it takes more than 10 seconds to load. Talk about being spoiled!

The problem with this thinking when applied to financial success, is that it leads to waste – wasted time and wasted energy.

Here’s what I see happen with the majority of these “moonshots for success” – months and years spent scheming, chasing and gyrating from one thing to the next – leaving the person in a worse place financially and emotionally than when they first began.

That house didn’t flip, it flopped.

The lottery winnings went to someone else, who’ll certainly blow it all.

That pharmaceutical stock? It didn’t get FDA approval for the drug they were to bring to market and they stock tanked.

And what about that long lost Aunt Bessie? Well, turns out she was about $75,000 in debt so there won’t be any inheritance.

Meanwhile, time marched on. Another year went by and the first real steps to success still haven’t been taken. The work boots? They’re still in the box. They only things the unicorn hunters accomplished was becoming one year older and one year further away from financial freedom. This sobering reality sets in, making them even more dejected. Which will probably result in them trying other moonshots in the future. And failing.

In fact, when I hear fifty and sixty year olds start to describe their moonshot idea to wealth, my first message to them is this… the very reason you are here, struggling financially, is that you put off doing the basic work for financial success in the past. Moonshot mentality leads to complacency. It leads to a philosophy of “I’ll knock that out later”. The problem is that later comes and knocks them out instead.

Yes, you may get lucky and, in my opinion, that luck will probably be the true beginning of the end. Those that get lucky like that tend to convince themselves that they’ve now got the magic juice. They convince themselves that the hard work necessary of success doesn’t apply to them. They’ll just microwave some more success when they need it they think, so they get busy blowing all their moonshot money. Is it any surprise that the average lottery winner is flat broke within 5-7 years of winning the lottery?

When everyone is playing, and losing, the short game of money, stay busy taking the steps necessary for success. When others have their eyes closed daydreaming, keep yours open reading books that help you improve and advance. When the mediocre are scheming of overnight riches, stay up late building your investment accounts getting them ready to go to work for you on real wealth building opportunities.

Think of the work you put into success as an investment in yourself. Would you make a poor investment in you? Of course you wouldn’t. Yet, those that want wealth to fall out of the sky are doing just that. By trying to find shortcuts, they’re literally saying that they’re not going to take the time to invest in themselves. They’re saying it’s not worth it to spend time building the characteristics of discipline, work ethic, patience, and discernment that are the cornerstones of the successful. Is it any wonder then that they’re not successful?

To close on a metaphor – success does not come in a microwave, it comes in crock pot.  And what happens if you try to cook a gourmet meal in a microwave? It’s a failure. Remember Aristotle’s words –“Patience is bitter, but its fruit is sweet” and those of Jim Rohn – “The successful are successful because they do what the unsuccessful refuse to do”.  Success is not a magical event or some bolt of lightening that suddenly appears out of nowhere. It’s a process. A formula. It’s a result of taken several proven steps and following several proven principles that all successful people follow. Will you? 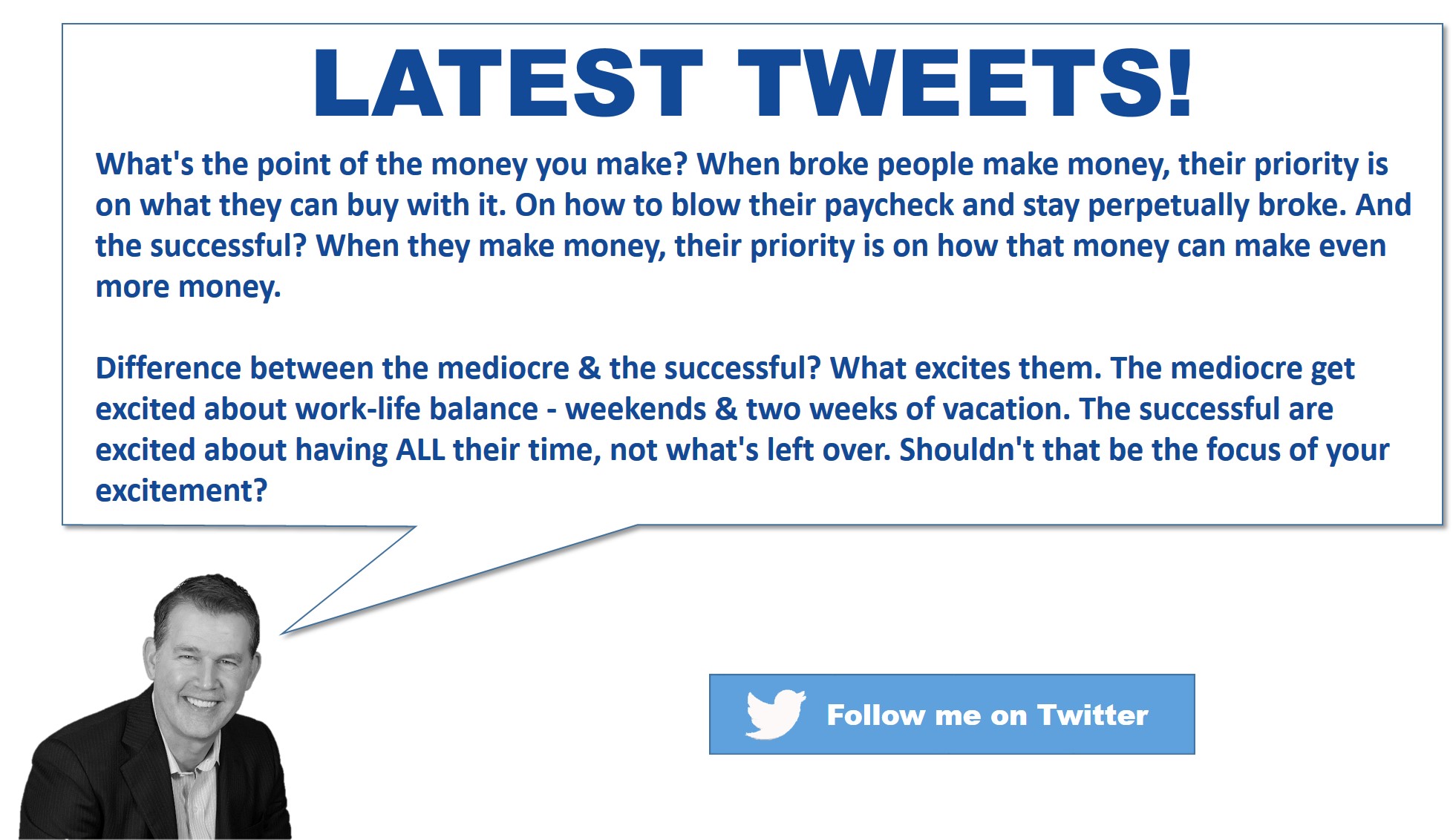 How To Achieve The Impossible, Even If Your 100% Certain That It Is Not Possible!