If I were to ask you what the opposite of love is, would you guess that it is hate?

That would be a good guess, but it would be wrong.

The opposite of love is not hate, it’s apathy – a lack of interest, enthusiasm or concern.

Similarly, if I were to ask you what the opposite of a wealthy life is, would you guess that it is a poor life?

That would be another good guess, but alas, it also would be wrong.

The opposite of a wealthy life is not a poor life, it’s a mundane life.

A June 2013 Gallup poll revealed that 70% of Americans hate their jobs or have literally “checked out” of them. Most respondents believed that “progress” has increased expectations that life should be more satisfying, resulting in mass disappointment.

In 2011, the U.S. Centers for Disease Control and Prevention (CDC) reported that antidepressant use in the United States has increased nearly 400% in the last two decades, making antidepressants the most frequently used class of medications by Americans ages 18-44 years. By 2008, 23% of women ages 40–59 years were taking antidepressants.

This shouldn’t come as a surprise.

For many, everyday life has become increasingly routine and mundane, filled with banalities such as being jolted out of bed by an alarm clock five days a week to hurriedly get showered and dressed, only to commute 45 minutes to a dreadful job that’s filled with forced compliance, ass-kissing and inauthenticity.

And then there’s the standing in the long check-out lines at the grocery store, picking up the dry cleaning, dropping the kids off at soccer practice, homework, washing the car, taking out the trash, doing dishes, mowing the lawn and scrubbing the toilet…only to do it all again next week and the next.

It’s not hard to see why so many want to rebel.

What’s interesting is that people don’t come into the world wanting to escape from it. From the very first memories we have, we can remember things we became passionate about.  Maybe a toy, maybe a favorite cartoon or kids TV show.  Adults do remember what they loved as children.  What is rarely remembered is the imagination and creativity that was displayed. The playing.  Looking back, adults often say they were most happy as a child when they were exploring.  Exploring their minds, and their imaginations.  They created, and they fell in love with creations and ideas.  They had REAL feelings for this stuff.

Then comes everyday life telling them that’s not important.  Spend time focusing on which countertops to buy for the kitchen instead.  Which carpet cleaner has the best reviews? A new comforter for the bed is needed. Shouldn’t you upgrade your phone?

And while all these things may feel “important” at the time, they lack the romance, the adventure, and the sense of involvement that is in our DNA.

If we do it right, our lives should be full of purpose and romance. The fact that our society is too often absent adventure and excitement, that too many lives are bogged down by mundanity and routine, is due to a failure on the part of individuals, and is not necessarily an indictment on the system itself.

Look, people have an intuitive — some would say God-given — drive for purpose. They want to be called to something big. Some of us are fortunate enough to experience that. For others, life fails to deliver on their big dreams. Most learn to accept it. But a few are driven to find a better way.

By reading this blog, I’m assuming that you’re one of those few. And you may be wondering how you can escape the hub bub of life? You dream of days filled with travel, adventure and meeting new and exciting people. Of building that school for poor children. Of sailing and being a modern day pirate. Of placing a foot on all continents and touching the tops of the world’s highest peaks. Of motorcycle rides thru the jungle. Of volcanoes and caves and horseback riding thru the mountains. Of breakfast in bed at 5 star hotels and private jet travel. Of being free.

And you may ask yourself, how do I get this?

It’s by doing this…

becoming disgusted with where you are.

Now, if you’re first reaction when hearing that is that it makes you uncomfortable, then I’ve touched a nerve.

Because here’s the brutal truth…

Just about everyone in the middle class either avoids disgust or attempt to medicate it.

First avoid: They avoid the long stare into the mirror, followed by the question – “Is this really what I wanted to be?” – that would lead them to the life-changing emotion of disgust. They’d rather not know the answer to that question. They’d rather be in denial. They’d rather keep talking happy talk and continue to crawl thru life than to come face-to-face with who they are.  Just like the opposite of love, they don’t hate their life, they’re just apathetic to it.

And now medicate:  Others try to bury their disgust. They bury it in alcohol, drugs, food, sports, shopping or promiscuity. Rather than listen to the siren-song telling them that change is needed, they convince themselves that the answer lies in another shot of that vice they’ve developed over the years. Surely, all of life’s answers will be found in buying one more thing, right?

But, here’s the truth about disgust…

Disgust is the springboard for success. It’s also a survival mechanism. It’s supposed to agitate. It’s supposed to force change. Indeed, it’s the very thing that has pushed mankind to want more, try more and achieve more. In other words, if you are disgusted with a mundane life you are in good company. Many successful people began their journey towards success by simply saying “ENOUGH!”

Disgust, when used as it is intended, is like jet fuel. It can lift you to heights you only dreamed of. It can take you to a better life. A life out of the mundane and into the wealthy. The financially free life.

Will you get disgusted today? 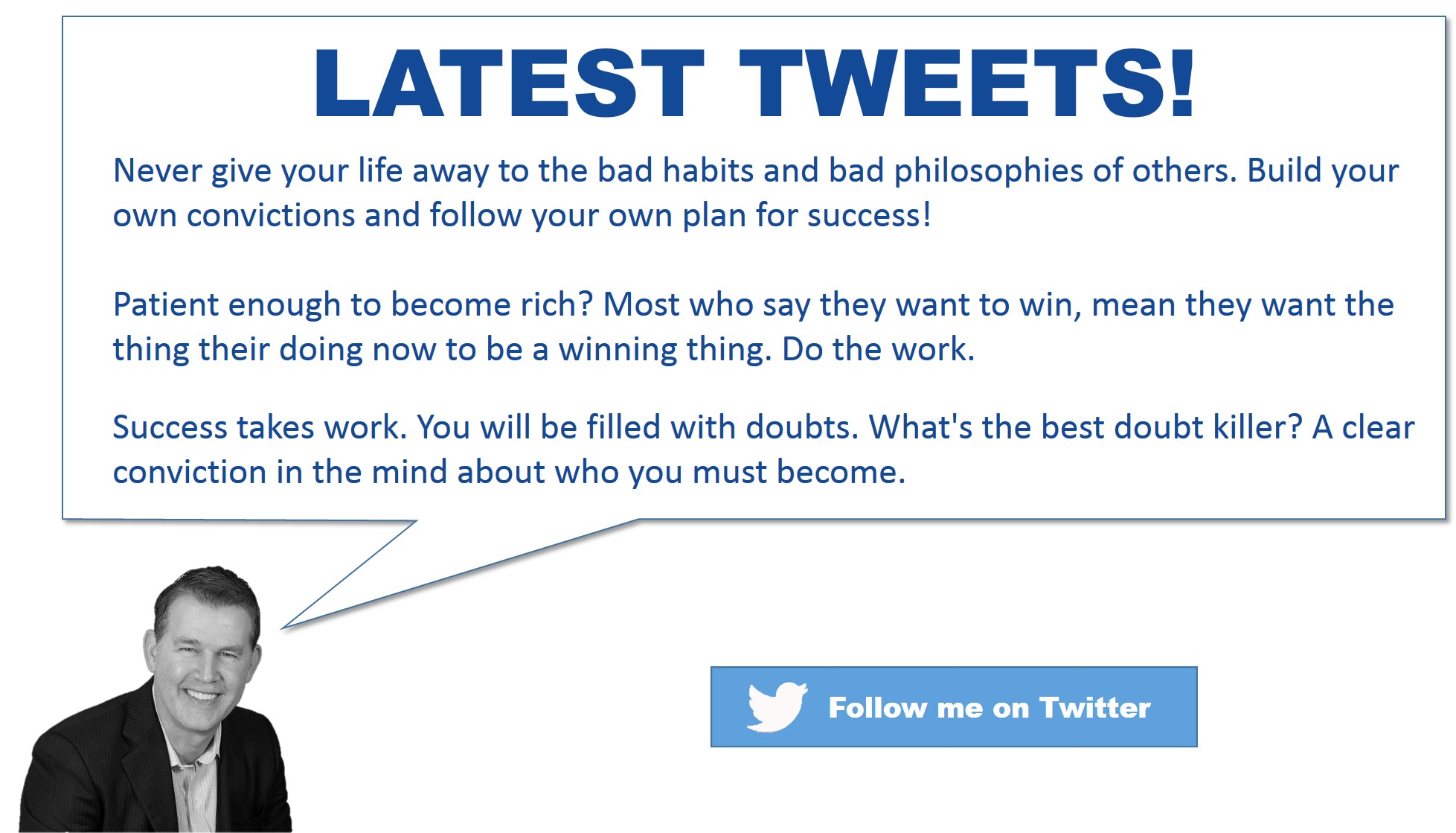 Infographic: Absolutely Hilarious Excuses People Have For Not Building Wealth!