There’s a scene in Kubrick’s Full Metal Jacket when a General asks Private Joker why he has a peace pin on his fatigues and also a contradictory ‘Born to Kill’ inscription on his helmet. “I guess it represents the duality of man”, responds Joker, befuddling the General.

The idea of duality is a good one, certainly one for our binary age, one worth tucking into your brain for all financial occasions. Indeed, something can be bad and good at the very same time. In the same vain, we can enjoy things that are both good and bad for us.

The duality of man generally refers to the two opposing sides of the nature of man. (i.e. good and evil, animalistic and enlightened, emotional and reasonable) This is a common thread throughout the history of art, religion and, of course, can be seen in history.

Often in art it will be portrayed with a demonic figure doing something good or the opposite. In film it is used when an antagonist is good, ex. Darth Vader in the Star Wars Trilogy becomes the hero in the end by saving the empire from the emperor after having been the villain in the other movies.  Most of the time it is much more subtle than that but you catch my drift.

So, what’s this have to do with wealth building and success?

Duality is symbolic of man’s desire to do good with money, to take the right steps that lead to personal success, but often he fights his opposing desires for material pleasures in order to do so.

For many people, that hole in their net worth can be chalked up to one thing: an irresistible impulse to buy something, a need so strong, that nothing else matters. Call it what you want. Idiosyncratic spending. Heart-and-soul spending. Secret obsession spending. It’s about the desires of the heart. And no one is immune from it.

The Duality Of Man

I’ve heard countless stories of people, good people, that spend themselves into financial oblivion. They’ll rack up 30, 40 and 50 thousand dollar credit card bills. Many of these people have children, children that they would literally die to protect. Yet, they don’t see the irony of imperiling their family’s future with so much debt. The duality of man.  Both good and bad. Careful and reckless.  Aspirational and indifferent.

My friends, the way you spend and invest your money unmasks you.  How you manage your money reflects a lifetime of longing, fear, hope and memory. People spend money for reasons that are deeply personal to them and continually evolving—reasons as complex as the experiences that inspired them.

There’s a Cherokee story about two wolves, and it serves as an excellent parable for the duality of man. It goes something like this:

One evening, an elderly Cherokee brave told his grandson about a battle that goes on inside people.

He said, “my son, the battle is between two ‘wolves’ inside us all. One is evil. It is irresponsibility, anger, envy, poor decisions, jealousy, sorrow, regret, greed, arrogance, self-pity, guilt, resentment, inferiority, lies, false pride, superiority, and ego.

The grandson thought about it for a minute and then asked his grandfather, “which wolf wins?”

The old Cherokee simply replied, “the one that you feed.”

I think most people get the message here – the good wolf is financial freedom and the bad wolf is mediocrity; it makes sense. But they don’t necessarily take the wisdom of the story to heart. They know the perspective they focus on (building wealth or it’s opposite) is the one that will win. And yet, despite that, they let the bad wolf win because that’s what they’re feeding with their thoughts, decisions, actions and outlook.

What You Cultivate Is What Will Win

Friends, it’s in our DNA to be attracted to the shiny things in life and to want to buy them. And know this – the negative will always outweigh the positive, if your viewpoint is already fixed on one side of the scale. What wins out in life is the stuff we cultivate — what we feed. It’s that simple.

That might be a more useful and concrete way to think about all this if you don’t like parables about Indians and wolves. Think of your financial life as a set of scales. One side weighs the bad stuff and the other side weighs the good stuff. Now think about just how much good stuff has to fill one side of the scale if you’ve already loaded up the other side with what’s bad.

If you’ve tipped the scales in favor of the bad stuff financially, I can tell you that more bad stuff will probably follow. And object in motion tends to stay in motion, right?

I want you to know that you have so much influence over you financial outcomes and results because you have the power to stop feeding the bad wolf and start providing all that time and energy to the good wolf, so it can thrive instead.

No, you can’t just think your way to a life of financial freedom. But you can make a conscious effort to shift your perspective and change your thoughts.

From there, it’s one more conscious effort to shift your actions, too. And know this – positive actions towards building wealth and gaining financial freedom changes lives.

Start small. Take just a moment and act within it — be proactive and reach out for the good wolf instead of reactively turning your attention to the bad one. Take responsibility for your financial power and choose how you think and behave in those moments of financial choice.

Such a view – the duality of financial reality – is a dangerous thing, it’s the skeleton key to the chains that hold people back.  Here’s the question bridge for today – will you once again add to the other side of the scale, practically guaranteeing you’ll never be financially free or will today be the day you tip the scales towards wealth, towards financial freedom? Let me know in the comments section. 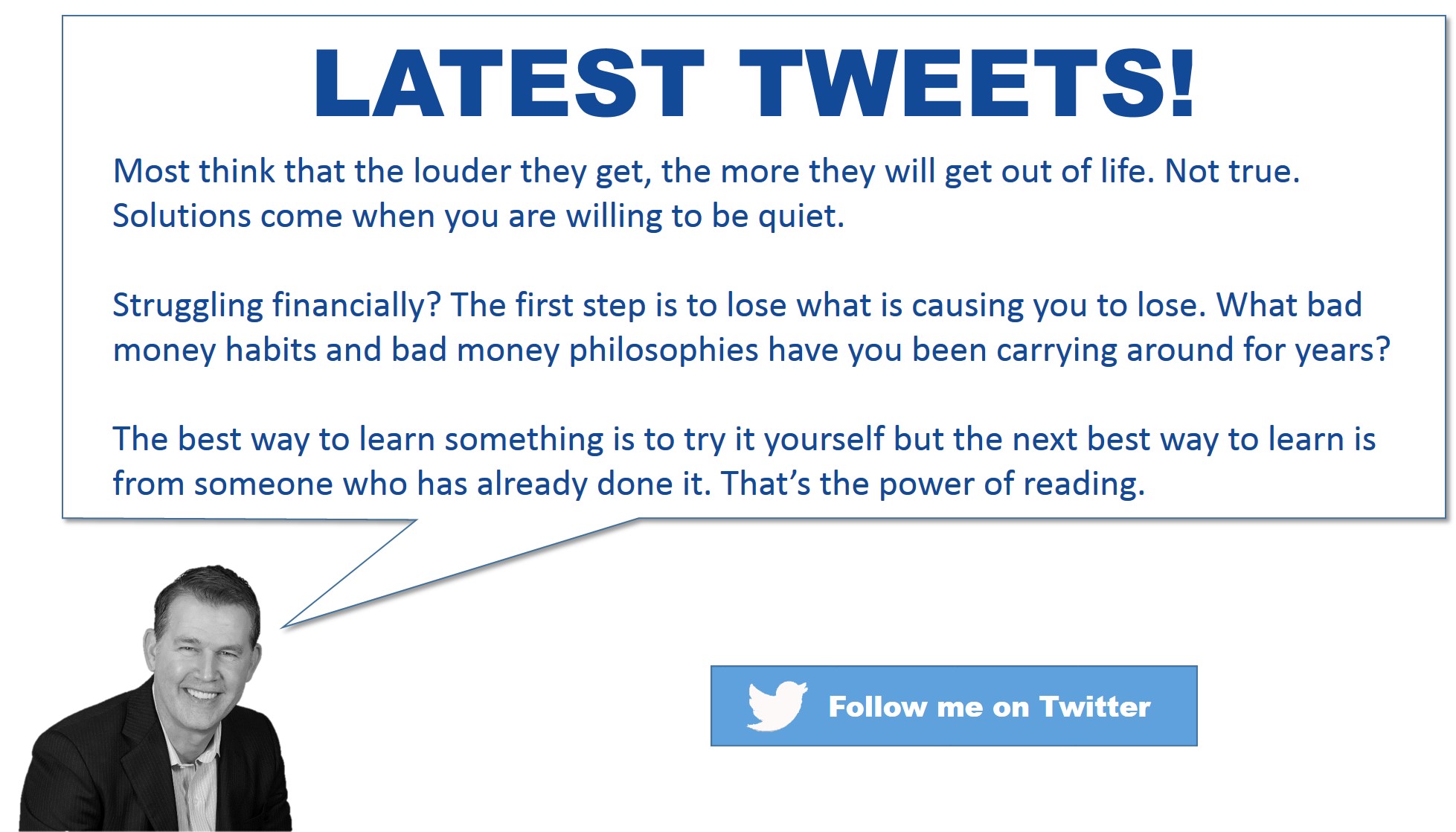 Infographic: The Real Way To Make Your First Million Dollars! Are You Ready To Be A Millionaire?