My favorite quote is not about investing or success. Neither is it from Warren Buffett or Jim Rohn, two gentlemen who I admire greatly. No, my favorite quote is from the French scientist and philosopher Blaise Pascal. Here it is:

“All of humanity’s problems stem from man’s inability to sit quietly in a room alone.”

There’s a lot of wisdom in that short sentence. 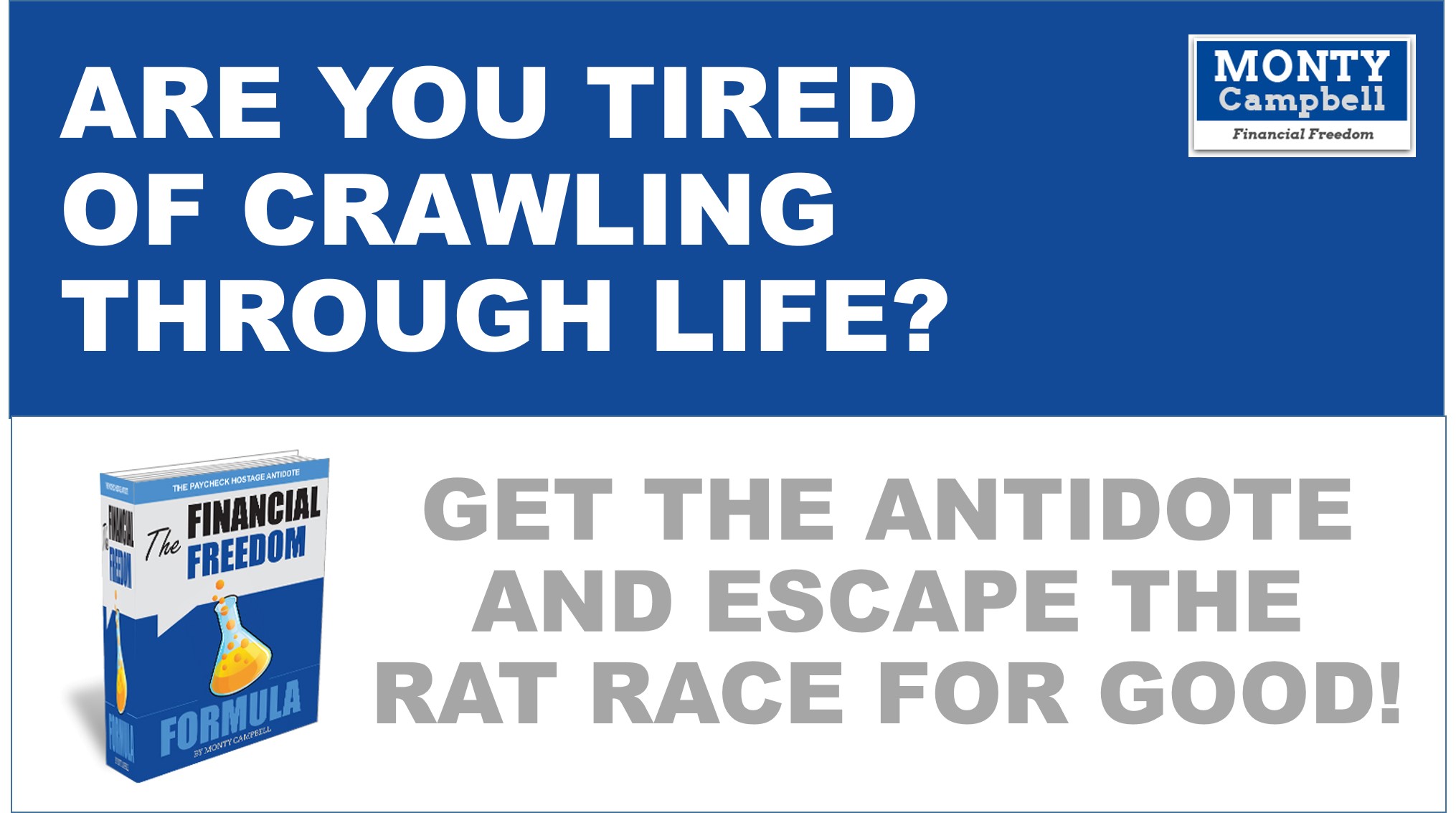 The type of thinking Pascal’s referring to is about sinking deep into thinking and being there just for the purpose of thinking. In this sense, Pascal was referring to the fact that humanity’s problems come from people’s poor afford to quality time for thinking, which results in deficient thinking and worse, wrong actions.

Most people take thinking as an inline activity they do while driving, sitting with people, or eating…At best when they do close their room and sit alone, they suffer from two things: either they feel boredom and rush to go out after just a little time alone or they get distracted by things (smart phones, the internet, Facebook) other than the thought that should be in their focus.

But for some, the distractions are much more sinister. Many innovative, creative, hardworking people suffer from what I like to call Bright and Shiny Object Syndrome. They chase after what’s new and what seems more interesting, what’s temporarily pleasurable, what’s wildly opportunistic and also what appears as bright and shiny people—to the detriment of their current goals and future success.

Like the two sirens in Homer’s Odyssey, these things can be highly seductive. They lead people to do unnatural acts, such as:

-Always wanting a new car, even though the car they have is fine and is only a couple of years old.
-To spend mindlessly and non-stop on upgrades to their homes, because they just can’t seem to be content with what they have.
-To spasmodically shop, filling already over-filled closets with even more clothes and shoes that will be taken to the goodwill center the very next year.
-To purchase a nice home that they can barely afford and then go buy a second vacation home that they most assuredly cannot afford.
-To seek the creepy thrills and hollow excitement of a promiscuous life.

People who give into these temptations generally poison their own lives. They never get ahead financially because they’re constantly upgrading to that new car or kitchen, only to find that’s not the answer to what ails them. Nor is that bright new shiny person who was the total opposite of their wife, only to find out that the cheap thrills left once the chase was over.

For many people, this type of chaos has become their norm. They are rarely sure of the next best action to take and they feel put upon, strung out, disorganized, uncertain and unhappy.

In 1972, the percentage of Americans who said they were “pretty happy” was about 50%. In the years since, the U.S.’s standard of living has risen dramatically, and our gross domestic product per capita has increased by 96%. That means we have more, we consume more and we can afford more. But today, what percentage of Americans say they’re “pretty happy?” Fifty percent.

What some thought would bring them happiness, all this extra increase in consumption and going from one random thing to another, just doesn’t deliver the goods. So it’s not only that happiness has not increased, but there’re a number of studies that indicate that people are more depressed, more suicidal, more psychotic, more anxious, more stressed than they were 30, 40 years ago.

So, how does a person make sure they don’t participate in this madness? The make it their goal to have a focused life—on ourselves, others, as well as environment and events.

Distractions and competition for our focus has never been greater. TV, eMail, phones, and 24-hour news are all screaming for our attention. We feel tugged at from every direction. Our priorities get challenged and tested, and we must exert extra effort to stay focused and concentrated on our most important objectives.

“Thought retirement” and sitting alone for “real” thinking that yields “real outcomes” is the custom of the successful and one of the best techniques for squelching the outside noise. And thinking not for a specific situation (like thinking whether to buy this or that), but it’s thinking for itself (like thinking about one’s life and actions).

When you do, you learn to listen to your thoughts, to be aware of your urges to do something else, to plan and set goals. You learn to watch yourself, but to just sit still and not act on those urges. You learn to be content with stillness. You focus.

Better Thoughts Are The Mother Of Better Decisions

You learn to savor the quiet. It’s something most don’t have, quiet, and it takes some getting used to. When we’re driving our cars or out exercising or eating or working, we have music playing or we talk with people or we have the television on. Quiet can be amazing, though, because it helps us calm down, contemplate, and have better thoughts. And friends, better thoughts are the mother of better decisions. Who among you doesn’t want to make better decisions?

And speaking of better decisions…

When Warren Buffett and Bill Gates met for the first time, Bill invited Warren over for dinner at his house.

So there they were, Warren and Bill, sitting at the same table.

The two richest people in the world, surrounded by gravy, turkey, and Bill’s parents.

Can you imagine the scene?

Eventually, Bill’s Dad asks the two of them an interesting question:

“What was the most important ingredient to their success?”

Of course they both have an answer.

Bill wants to go first. But so does Warren.

Simultaneously, they open their mouths and say:

“My focus. My laser focus is the reason for my enormous wealth.”

You see, focus and persistence are intertwined and we know that persistence is a necessary ingredient for success. But here’s what’s also true – lack of focus, chaos, being easily distracted, attention deficits and thrill seeking are all the enemies of persistence.

Put another way, if you can’t be still with your finances, with your money, with your investments, with your life – you’ll most likely never find the ability to focus, which will keep you far, far away from the path of success. You’ll be too busy putting out fires from over spending, maintaining and storing all those unnecessary things you bought and paying expensive lawyers to handle your divorces, to ever taste the truly good life. The life of peace and tranquility that is embodied in the financial free life.

Back to Pascal. Here’s the follow-on text to his famous quote above:

“Man is obviously made to think. It is his whole dignity and his whole merit; and his whole duty is to think as he ought. Now, the order of thought is to begin with self, and with its Author and its end.

Now, of what does the world think? Never of this, but of dancing, playing the lute, singing, making verses, running at the ring, etc., fighting, making oneself king, without thinking what it is to be a king and what to be a man.”

Can you practice being alone, being still, being quiet? Just a little at first, then perhaps a bit more. Listen, watch, learn about yourself. Find contentment. Need nothing more. What are you thinking about? What are you focused on? Is it some distraction or is it about the joys of achieving financial freedom and becoming everything you are meant to become? 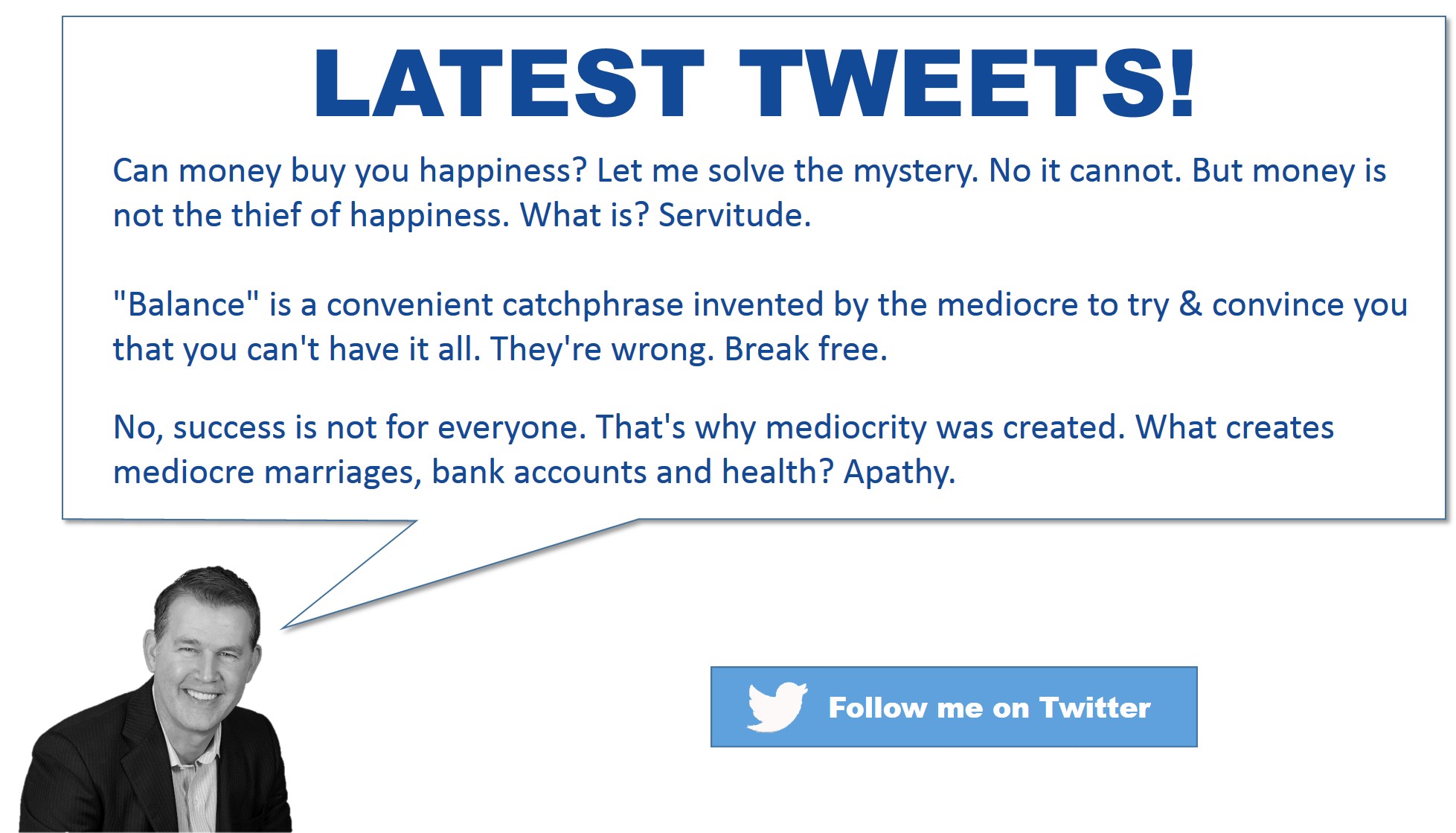 Still Waiting On Superman To Rescue You? He Just Called And Left This Message For You…

Attention Everyone: We Have Identified The Enemy And It Is…(Well, Just Click The Title And You’ll See)