A poll released last year by the Harvard Institute of Politics found that among 18-to-29-year-olds, only 19 percent identified themselves as “capitalists,” and only 42 percent said they “supported” capitalism. The number was only slightly higher for those in the next age group, 34 to 49 years old, with 31 percent identifying as capitalists and 50 percent saying they supported capitalism.

A capitalist is “a wealthy person who uses money to invest in trade and industry for profit in accordance with the principles of capitalism,” according to Merriam Webster and capitalism is “an economic system characterized by private or corporate ownership of capital goods, by investments that are determined by private decision, and by prices, production, and the distribution of goods that are determined mainly by competition in a free market.”

I think many people who don’t support capitalism simply don’t understand it.  They think it’s just the embodiment of greed for those who got lucky in life. But if you look closely at the definition above, the key phrase of “by investments that are determined by private decision” contradicts that belief. This phrase means that capitalism is a choice. Those who make investments are choosing to invest their hard-earned money. They could easily choose not to. So why do they do it? The answer is very simple: they want a better life. Otherwise, why would they risk their money?

You see, capitalists do something to increase their wealth so that their standard of living rises, instead of thinking that they deserve money just for being alive. Here in the U.S, every single citizen has equal opportunity and deserves equal opportunity. Notice that I didn’t say they deserve equal income. Because one of the main tenets of capitalism, is that it rewards people that are more skilled, for example, an engineer makes more than a cashier.

You see, capitalism doesn’t make the cashier poor, but it can make both the cashier and engineer rich. It’s function is to be an economical system where people are allowed to demonstrate their abilities, unlike any other system. In capitalism; if you have an ability to do something, you can be rich. And if you spend your day believing you can’t do anything, you’ll probably be poor. Either way, it’s your choice.

And if you choose to be poor, capitalism helps there as well. Yes, capitalism is very good for the poor, where and when it is allowed to be. Increased globalization and the spread of capitalism following the end of the Cold War have reduced the number of people living in absolute poverty by half in the last 25 years, down by nearly one billion from 1990. In the two centuries since the birth of capitalism, the average life expectancy has risen from 26 to 67. Earth is teeming with human life as never before. In 1800, there were fewer than one billion humans on the planet; today there are over seven billion. In at least that sense, capitalism has vastly expanded the domain of life.

There have so far been no alternative economic systems which have worked better than capitalism. Most successful nations are capitalist. Capitalism takes advantage of human nature and self interest and uses it to create new goods and services. In order to succeed and be happy, you must contribute something good to society that others also value. No other system does all those things as effectively as capitalism.

Did you know that more than half of the jobs in the United States are created by firms that are less than 5 years old? The lesson we draw from this is that without entrepreneurs, and without the right incentives for them to devote themselves enthusiastically and tirelessly to the commercial use of their skills (capitalism), economic progress will not occur. Again, why would the entrepreneur risk their money? The answer is the same: they want a better life.

You see, capitalism gives us freedom.  We have the power to open markets, to innovate and to move forward. We get a life where we can keep going up and no one is holding us down. Even Pope John Paul II agreed that capitalism provides freedom: “an economic system which recognizes the fundamental and positive role of business, the market, private property and the resulting responsibility for the means of production, as well as free human creativity in the economic sector … circumscribed within a strong juridical framework which places it at the service of human freedom in its totality.”

Capitalism is nothing more than the freedom to be yourself in society.

Would you rather have a dictator telling you what to do? A monarch? A tyrant? Tell me when that has ever worked? When has a nation of people ever given up their individual freedom and ended up better for it. Instead, what you end up with is oppression, a police state. Total control of the people.

I’d prefer to put my trust in my abilities and in the free market. I would rather see more competition. More innovation. More choices. Choices = freedom

Because to me, that is a much better option than relinquishing my control to another person who for some reason thinks he can make my decisions better for me than I can make for myself.

You see, I would rather be in control of my own fate and have the ability to not only fail, but to succeed beyond all of my wildest dreams.

Capitalism is not the thief of happiness. What is? Servitude. The evidence is clear: “Capitalism is bad” has failed. Look all around us. 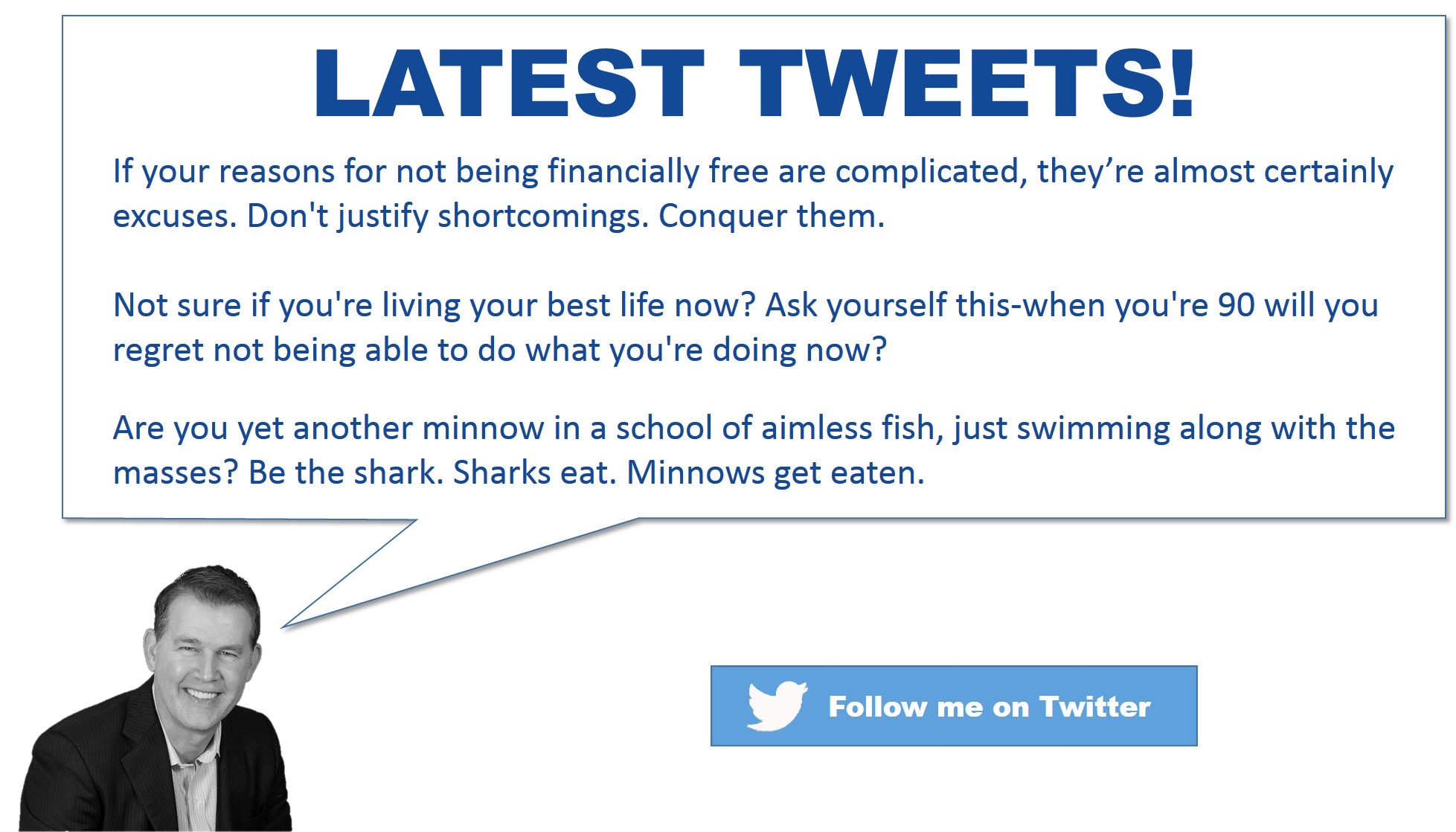 How To Enjoy Your Money Now, While Also Building Wealth That Will Allow You To Retire Early!

Are You Not Wealthy Yet Because You Have Been Disrespecting Your Money?