It shouldn’t be any wonder.

After all, this is what is “taught” to most Americans. By taught, I don’t mean school instruction. Far from it, as our academic system puts very little emphasis on teaching sound money principles to children.

By “taught”, I’m referring to learning in the house, at the breakfast table, parent-to-child, about money. You see, for most people their parents were the only success mentors they had in life. And it’s statistically proven, that the children of parents who teach them sound money principles go on to become financially successful adults. And what of the children of parents who don’t? Most struggle financially as adults.

Unfortunately, the average family unconsciously passes down the same limiting beliefs they were taught about money from generation to generation. These are the beliefs that have kept families at the same level of financial success for dozens, if not hundreds, of years.

I’ve personally seen this play-out in many families. It’s like being bad with money is in their DNA as the children repeat the same money mistakes their parents made decades ago.

Set a great example
This common piece of advice is the best and easiest thing that you can do to encourage your children toward financial greatness. Do your children see you and your partner embracing money positively and eager to face the challenges that life sends your way? Or do they see you drained, discouraged, and resentful people who are always arguing about money or shortcomings in life? Your attitude toward money is one of the primary drivers of your children’s attitude toward money. If you have a terrible relationship with money, I can practically guarantee your children will as well. No, they won’t just figure it out later and they certainly won’t be late bloomers. Setting a great example means living below your means, having a workable budget, making saving money a part of everyday life, and avoiding bad debt. It also means having a positive relationship with money.

Teach them that it is OK to want to be rich
Is it wrong to want to be rich? Well, if you’re a regular reader of my blog and newsletter, you already know my answer. Of course not. However, the wealthy are sometimes portrayed as greedy, power-seeking, non-human robots who see people as tools or prey. And this false stereotype leads some parents to teach their kids that they should be embarrassed if they want to be rich. After all, who wants to raise the next Ebinezer Scrooge? But being rich is not something one should feel guilty about. In fact, being rich is something people should aspire to be. I think it’s best to teach children that being rich is way more than just accumulating money. It is about having the ability to have the experiences in life that you would like to have. It is being able to help those one cares for, or the less fortunate if one desires. Also, as the great Jim Rohn used to say, “Everyone should have a goal to become a millionaire, not just for the money, but for what you become.” To become a millionaire takes discipline, goals, discernment, patience, dedication – all traits that every parent should want to instill in their children.

Get your kids involved early
Talking to your kids is a good first step, but for them to really learn about money, they have to have money to work with. As early as age five or six, kids can start to handle a small amount of money and make decisions.

Consider giving your kids an “earned” allowance and make them responsible for certain things, even if it’s just a treat or a movie. I say “earned” allowance because I am not a fan of just giving children money for nothing, as it teaches them nothing.

The great Brian Tracy tells a story about how is daughter approached him one day and asked if she could have $10.00. What he said was priceless: “No, you can’t just have $10.00, but you can certainly earn $10.00.” Now, some of you may be bristling at what you just read because it seems a little cold. Shouldn’t Brian just have given his daughter the $10.00? I can hear some of you saying, “For crying out loud, it’s just $10.00!” Well, here’s my question to you: If you don’t teach your child the value of $10.00, who will? Seriously, who do you think will teach your child these principles? We have an epidemic in this country of children becoming financially illiterate adults because of parents not teaching the most important aspect of money – responsibility. For your childrens’ sake, please don’t be afraid to get them involved early in the golden principle of success – if you want something, you have to work for it.

Here’s another important point on teaching your kids money responsibility – If they don’t learn to manage $10.00 well as a child, they won’t manage $100, $1,000 or $10,000 well as adults. It’s been statistically proven that children will become adults and when they do, they will be faced with adult level decisions – buying a house, buying a car and having bills. Not teaching them the value of money early so they can handle these types of money decisions intelligently, is a dereliction of duty as a parent.

As part of getting them involved, I would also suggest opening a savings account and have them put part of their allowance or money gifts towards a future goal. You might offer to match their savings as an incentive. Once your kids are old enough to have earned income, you could open a custodial IRA and get them saving for retirement early. And when they’re young teens, you can start to explain the basics of investing, focusing on the importance of thinking long-term.

Teaching your kids how to be rich is going to take an investment of time on your part, but if you don’t teach your kids how to manage money, somebody else will. And that’s not a risk you want to take.

Trust me, society and television will teach them how to consume; it is up to you to teach them the value and joys of becoming financially free. 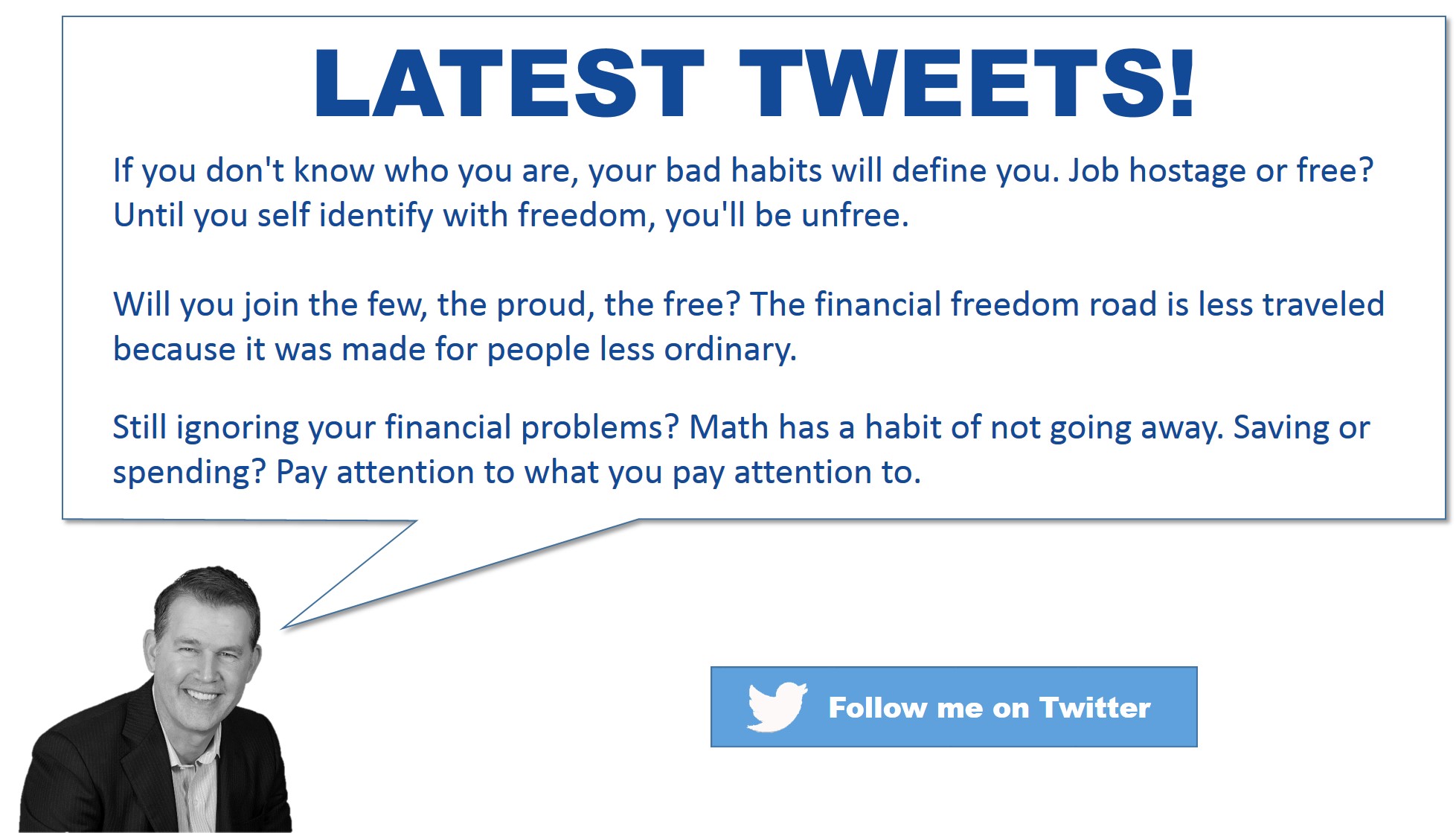 If The American Dream Is Dead Mr. Clark, Then How Do You Explain Me?