Everybody I know and everyone that I meet, when they find out what I’ve done, they want to do the same thing.

I mean, who wouldn’t want to have enough money so that they could do what they want with their time? To not have to go to work every day. To be able to spend time with your family and loved ones. To not have any stress or worry about money.
So, that begs the question – if everyone wants to be financially free, why do so few people actually achieve it?

Is it because they aren’t smart enough? Or that they don’t have the right talent to make money? Or perhaps they didn’t go to the right school?

As Goethe said, “nothing is more common than unsuccessful men with talent”… and “unrewarded genius is almost a proverb”. And what of going to the right school as the way to riches? Goethe reminds us that “the world is full of educated derelicts”. Indeed it is.

What about being born into wealth? Surely, that’s why so many are not financially free, simply because they weren’t born into the right family, correct?

Neither of my parents finished high school. I grew up in a farming community. We were poor. If being a part of a financial dynasty was the prerequisite for becoming financially free, I would have been disqualified.

Here’s another example on the other extreme – The Vanderbilt family, Cornelius, the patriarch, built a fortune on railroads and shipping during the mid-1800s. Adjusted for the size of the economy, he was the second richest American ever, worth over $200 billion — well above Bill Gates. By the 1970s, the family held a reunion with 120 members attending, and there wasn’t a millionaire among them. All that dynastic wealth, gone.

So, if the “secret” to achieving financial freedom is not any of these things, what is it?

Great question. Based on my observations and experience, it’s this…

Now, some of you may be thinking that’s way too elementary. Surely, there’s more to achieving financial freedom than just waking up one day and saying “I’ve decided that I’ll be financially free!”

There is, and I’ll get to that in a moment.

But first, I want you to understand something.

You see, ambiguity of any form just doesn’t work in success. Chances are your parents or grandparents told you this lie when you were growing up – “You can do anything that you set your mind to.”

The real truth is this…

You can do something that you set your mind to.

“Until one is committed, there is hesitancy, the chance to draw back, always ineffectiveness. Concerning all acts of initiative (and creation), there is one elementary truth, the ignorance of which kills countless ideas and splendid plans: that the moment one definitely commits oneself, then Providence moves too.”

So, if committing to become financially free is the “secret” to riches, why don’t more people do it?

They never ask themselves the very question that leads to making the commitment, which is…

Not what, but who?

You see, greatness is rarely achieved by great people. Rather, it’s more often achieved by the unknown person unwilling to give up on who he must be.

“The intelligent man finds almost everything ridiculous, the sensible man hardly anything.”

The sensible man doesn’t find anything ridiculous about the fact that he’s jolted awake at 5:30 in the morning, to get ready and then jump into the car to commute for an hour and half to get to a job that he literally hates. A job that sucks the soul out of him and robs him of the time to do what he really wants with his life. A job where he has to work with stupid people, playing stupid office politics and talking about stupid things. The sensible man will hardly find anything ridiculous about this.

The reason I say that the good people who told you that you can do “anything you set your mind to” are wrong, is because you weren’t put here to do anything. You were put here to do something.

There’s something that you were born to do.

This “something” is a lot more powerful than “anything”.

To achieve this something will require discipline, focus and determination. It will require you to go beyond your comfort zone, to venture to your limits and to challenge yourself in ways that few people do.

But there will be a difference though – it will feel right to do so. You will be true to yourself. Who you were meant to be.

It will feel as though it’s your life’s work, that you were born to do it, that your life story is unfolding just as it should.

This is the essence of what I mean by “demanding” financial freedom of yourself – It’s summoning the real you to the top. Not the beaten down you, just muddling thru life. But the real you, the you that you describe when you ask, “who will I be?”.

Who will you be?

When you answer that question honestly, sincerely and at a deep emotional level, something will happen – you will decide to become financially free. You will set your mind to it. You will demand it of yourself. It’s always been inside of you. Will you decide that today? 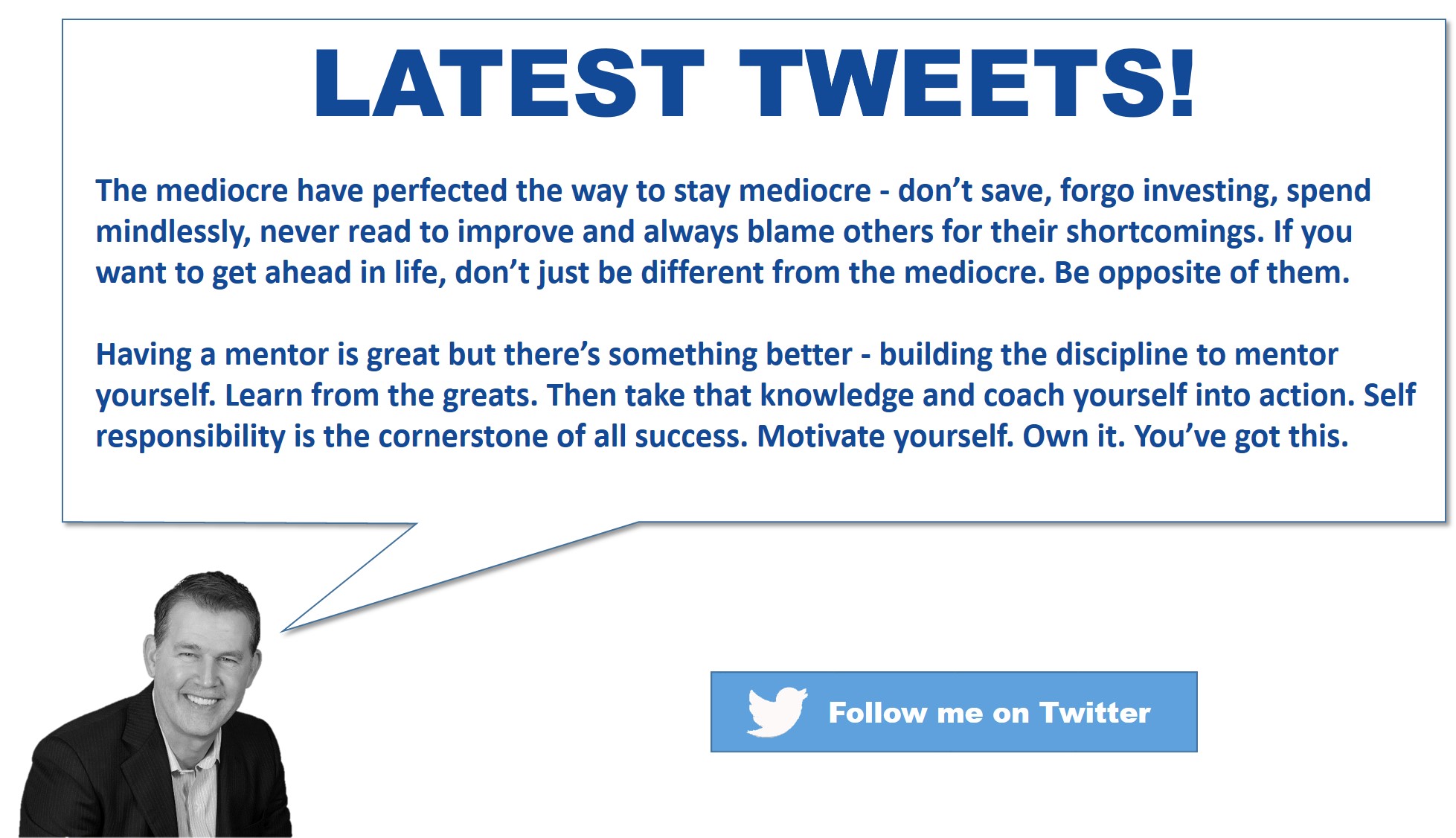