People often tell me that I’m very disciplined, perhaps the most disciplined person they’ve ever met.

I always laugh when I hear that.

Obviously they’ve never seen me around pizza… or chips and queso… or popcorn. LOL.

Like most things in life, discipline is a choice.

If I appear disciplined to some, it’s because I’ve made a choice. But it’s probably not the choice they think I’m making.

Everyone experiences discipline, even the most undisciplined people.

People who don’t save and plan for retirement think they’ve escaped discipline. So do people who abuse credit cards and those who are shopaholics.

But they reality is they haven’t escaped anything. They’ve just relinquished control over how and when they’ll be disciplined. More importantly, they’ve ceded control over who will discipline them.

You see, for the credit card abuser it will be the credit card companies who discipline them. They’ll put them under a tight regimen of high interest rates and minimal payments that will literally punish them for years. They’ll be forced to give away their money to strangers, all from their own doing.

For the retirement account procrastinator, discipline will come in the form having to of work well into their 70s and 80s. They’ll be under the thumb of a much younger manger or supervisor who will tell them what to do with their time. They’ll suffer the indignation of wearing a uniform and name tag, as they’re forced to follow some company’s code.

For the non-saver, he/she will also get their discipline handed to them. They won’t have the money set aside to buy a house, so the landlord will punish them with a rent due notice each month. Or maybe they’ll have to live under the scrutiny of a family member because they can’t afford to live on their own. They’ll be forced to adopt the code of behavior (discipline) of that homeowner, who will tell them what to do and how to do it in their house.

Contrast that to the financially successful person who disciplines themselves. They recoil at the thought of someone pulling their own strings, at being under the authority of someone else. And it is the avoidance of that condition that drives their financial choices. Discipline is not absent for them. It’s just that they decided they’ll be the one to do the disciplining.

They save, they invest and yes, that mean’s sacrifice and discipline. But it’s worth it. For they know that they future is theirs. No silly uniforms. No struggling with debt. Just enjoying the rewards of a disciplined financial life.

Jim Rohn said, “People can do the most amazing things, once they have made the decision to tackle the disciplines that lead to a new philosophy, a new attitude and a new intense level of activity.”

I have a question for you…

Do you feel like you’re carrying the weight of the world on your shoulders, or is the world carrying you?

For the people who choose to have their discipline provided to them later, by a complete stranger, it’s the former.

Every single day, you can make a new choice.

The greatest commonality between yourself and people you consider “disciplined” is that it is easier for them to act in a disciplined way.
This behavior is literally hardwired into them through endless repetition and a conscious choice for them to own their discipline.

They saved and invested even when everyone around them was spending like mindless goons.

They read the self-improvement books even when they felt like partying with friends.

They overrode their overwhelming desire for instant and immediate gratification and implanted the fantastic habit of discipline. Thus, they reaped the rewards.

Friends, discipline is choice. You must make that choice on a daily basis. You must decide that the pursuit of your large goals and plans are worth more than anything else. No amount of distraction, short term pleasure, or immediate gratification will knock you off course.

“We must all suffer from one of two pains: the pain of discipline or the pain of regret. The difference is discipline weighs ounces while regret weighs tons.”

Which choice will it be for you today, the pain of regret later or the pain of discipline today? The latter leads to a life of happiness and joy, the financially free life. 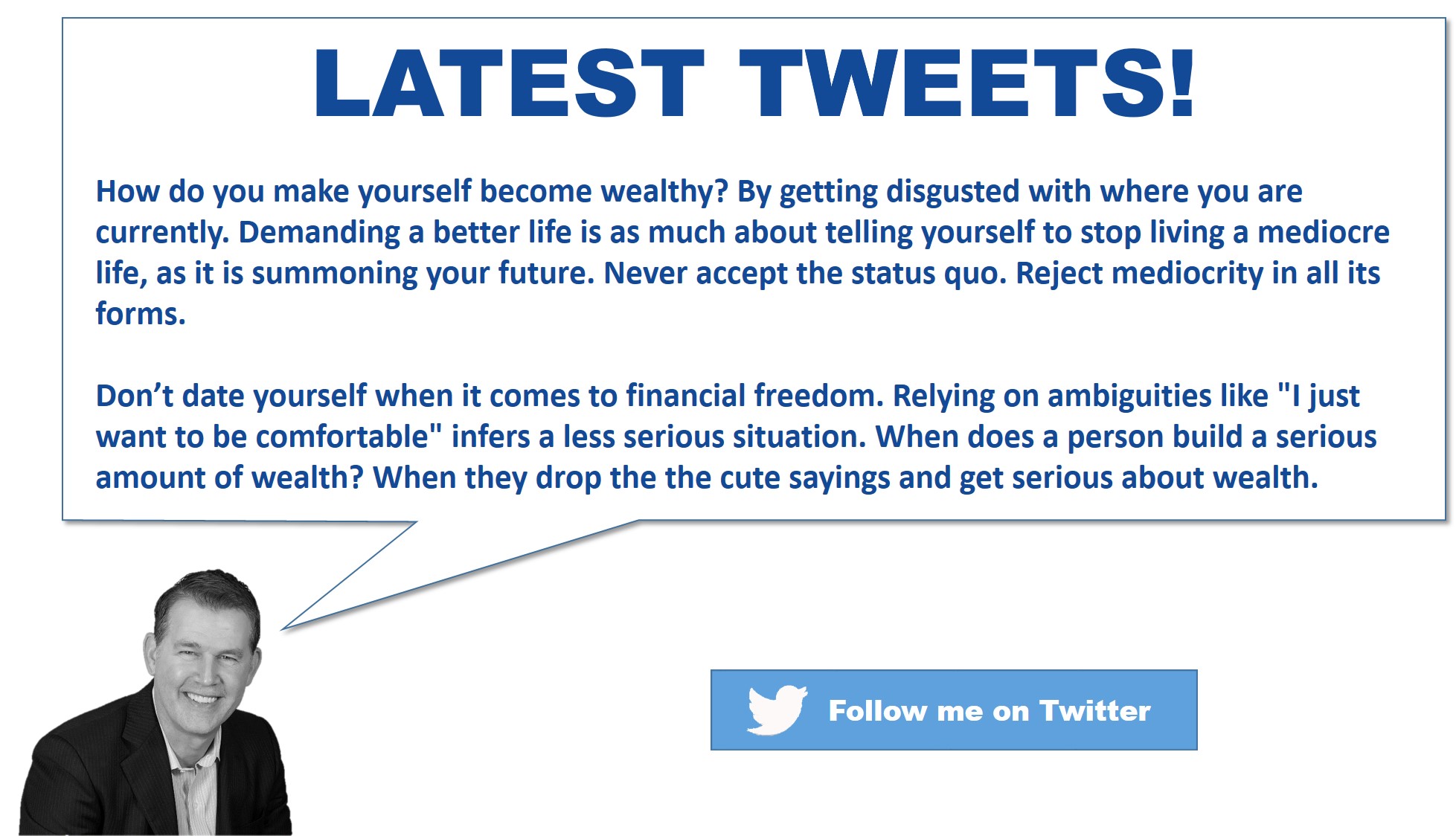 Are You Thinking Of Quitting Your Dream To Be Wealthy? Read This Before You Throw It All Away.

It Is What It Is? The Most Commonly Used Clichés Of The Unsuccessful…And What To Say Instead!