It’s an understatement to say that money and emotions are strongly correlated. Psychologists and marriage counselors tell us that fights about money are the leading cause of divorce, even more so than infidelity. Wow!

Emotions are great, but in the wrong context they can lead people to draw harmful, even destructive, conclusions about money.

Today, there’s never been bigger gap between the rich and the poor. This gap has made the relationship with wealth even more fraught. We live surrounded by stories of people who’ve ‘made it’ and images of things to buy that show the world you’ve arrived. For many that don’t have money, they can see these images and start to feel envious. And for those who do, they can wind up feeling guilty – and paranoid that they’re a target for that envy.

Wealth can be a tricky subject indeed. Former President of France, François Hollande famously declared, “I don’t like the rich”, before being voted into office. Can you imagine if he’d said he hated the poor? The outrage.

A recent survey showed that the conflict between rich and poor still eclipses racial issues as the country’s biggest source of tension. Also, when asked if they’d rather earn $50,000 while their friends earn $25,000 or $100,000 when their friends earn $200,000, most survey respondents choose the former. They rather earn less, than be in a situation where they earn substantially more but less than their peers. Unbelievable!

In a similar fashion, when someone goes from not having much to being rich via their own hard work (i.e. earned wealth), they are applauded. However, when those around that person think money has changed them, that they’re no longer ‘one of crowd’, that respect often turns sour and anger takes over.

So here, for all of you my dear readers is what I have to say about this:

The way into a life of wealth begins with stepping out of a life of non-wealth. In other words, you can’t arrive at prosperity when you have both feet planted in the ideas, philosophies and habits of lack.

Some people like to blame everyone and everything for their problems, their failures and their shortcomings. I’ve had the privilege to travel all around the world and I see this phenomena everywhere – there are more have-nots than there are haves. The poor outnumber the rich in every country.

And when the haves are surrounded by a lot of have-nots, the have-nots like to blame the haves for their misery. They would be better off channeling the frustrations they have at the wealthy, into improving themselves.

You see, I believe people are primarily shaped by their surroundings, by their environments and by all that influences them.

At the same time, I believe in free will, which means no matter how bad a person’s situation, they have the ability to change it.

You have the ability to change yourself and your life; whether or not you choose to do so is up to you. I will tell you that, chances are, the most toxic thing in your life is untapped potential. As I’ve said before, we hear stories of ordinary people doing remarkable things. But the more common and sobering situation I see, is that extraordinary people are just doing unremarkable things.

I wasn’t born rich. Far from it. Neither of my parents even finished high school. I know how it feels to wake up and know that you are part of the have-nots.

But I also know something else… and that’s this: pre-determination doesn’t dictate where you’ll go in life. What does? Self-determination.

Having more commas in your bank balance, or a nicer car, house, or cool outfits is great, but progress relies solely on you and how you progress as an individual. The rest comes to fruition as a byproduct. Jim Rohn said that everyone should have a goal to become a millionaire, not just for the money but for what it makes of them.  Indeed.

You are not evil if you want wealth and the better life that it brings. You are deserving of having a lot of money. You are not here to suffer with money moans. If you begin with that clarity, you’ve already come a long way.

If you find that people turn their back on you for wanting to be successful, know that they’re just trying to project their own insecurities and lack of accomplishment onto you.

Be proud of your accomplishments because you know you’re not just doing it for yourself, but for your family as well. You don’t have to be ashamed for not being the person who spends their free time gossiping on social media. You shouldn’t feel bad that you read-up on investing over the weekends while your buddies go off to play. And you should certainly not feel embarrassed by your strong money habits and smart investments that are propelling you onward to something better – the financially free life. 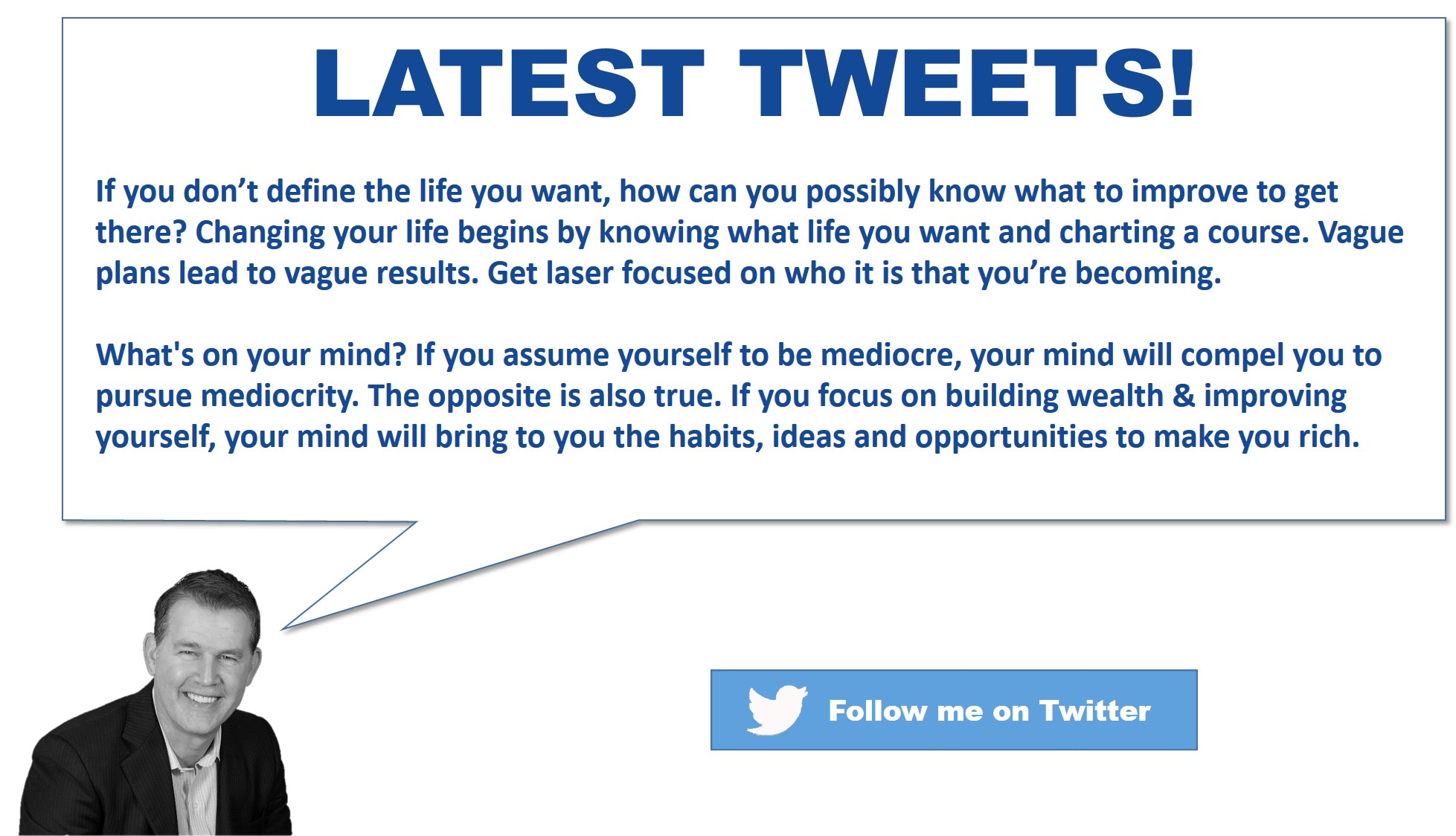