The other day I was reading an article about the stock of a particular company. The writer interviewed a very popular investing “expert” to get his opinion on whether investors should buy or sell the company’s stock. We won’t mention the name of the “expert”, but let’s just say he’s a regular on one of the financial programs and often talks about investing in options.

What came out of this guy’s mouth floored me…

When asked his opinion of the stock, he loudly crowed that he’s buying more. When asked why, here’s what he had to say:

“I saw in this morning’s option report that another investor placed a large call option order last night, so I’m buying the stock!”

That was the sum total of his research on the company – that some anonymous investor had bought a large amount of options. That was all he needed to invest his money! I can only imagine his thought process. It probably went like this:

This would be funny if it weren’t so sad. And the sad truth is this is exactly how thousands of investors invest, and have been doing so for decades.

Charles Mackay, in his 19th century classic economic book, Memoirs of Extraordinary Popular Delusions and the Madness of Crowds, aptly describes the tendency of investors to behave like lemmings.

In case you don’t know, a lemming is a small rodent usually found in or near the Arctic tundra. What makes lemmings interesting is that their populations swing wildly, between large booms to near extinction. Lemmings are the subject of a widely popular misconception, that they commit mass suicide when they migrate, by mindlessly following each other over cliffs. Untrue, but the idea stuck and it has become a common metaphor to describe the herd behavior so common in stocks.

“In 1593, no Dutchman had ever seen a tulip. Their beauty and rarity caught the national fancy. In no time, they became ‘the rage’ as aristocrats flaunted the exotic flowers as symbols of power and prestige… Though supplies could be increased only as fast as nature allowed, demand for tulip bulbs accelerated at a fevered pitch.

Soon all tiers of Dutch society were swept up in a tulip-trading craze that peaked in the 1630s, selling ‘futures’ on crops not yet grown or harvested. In the end, crops of bulbs still in the ground were bought and sold so many times that the sales were called the ‘Wind Trade’ (as the speculative prices were being made up out of thin air). After the market crashed in 1637, bankrupting many, the era came to be known as ‘Tulipmania’ or ‘Tulipomania.’ ”

From the Tulip bubble to the financial meltdown of 2008, the theme has been the same. The masses never learn. They always cry foul on the way down but gurgle with joy on the way up! In other words, when they are making money, they are okay to follow others (be a lemming), but when they start to lose, they scream bloody murder. Although the suicidal behavior of lemmings is not true, the myth does have close counterparts in the stock market.

Think of any stock market bull rally that is nearing a top. Volume spikes as “investors” rush to buy stocks they would not have even looked at a few days or weeks prior. Sentiment is at bullish extremes and every industry, regardless of profitability, is relentlessly purchased to extremes of valuation.

In the very midst of this buying frenzy. When these speculators are going to bed each night and dreaming of being rich, there are those few individuals who refuse to be affected by the emotions of the market. They start taking profits.

Before long, even while the lemmings are still buying, there is a subtle shift. New highs are not held. Soon the shift happens from buying to selling and the deluge begins.

But the lemmings, who are emotionally still extremely bullish (running in herd fashion towards the cliffs) hang on. Finally, they give in and start taking losses and as those losses grow, the lemmings start to feel the pain. They are not sleeping as well. The dreams are turning to nightmares.

Finally, the lemmings stampede. They start selling. The selling increases and after a while, it becomes a deluge as all the lemmings try to unload their shares. They are now jumping off the financial cliffs en masse.

Now the lemmings have sold, they’ve have had it with stocks. “Never again!” is their battle cry. They go to sleep with the security of knowing they will never put themselves in such a losing position again. Not ever!

As the lemmings take comfort, some see an advantage. Let’s call them the “intelligent investors”. They start buying into the severely depressed stock market. Slowly the market turns higher. More investors jump in and before long, another market advance is born.

And what of the lemming? He’s reborn. As the market advances, his memory fades. The financial news talk incessantly about the profits being made. Other lemmings are making gobs of money, or so they are told. Slowly but surely the lemmings start to buy again and a new bull rally begins to form. The lemming starts to think, “Surely, it’s different this time”, and with that, he joins the other lemmings in their migration… over the cliffs again!

Friends, I see too many people, good people, lose tens and hundreds of thousands in the market simply because they choose to invest without availing themselves of even $10 worth of investing education. They outsource their thinking to the “performers” on TV/Internet, or to their brother in law or a co-worker with a “hot stock tip”. While scientists don’t know what causes the lemming’s population swings, we do know what causes the stock market lemming’s “death” – ignorance.

Just as in the tech industry, what you get out of investing is what you put into it – garbage in, garbage out. If you’re putting the equivalent of garbage into the process, expect that you’ll get garbage out. No, the market is not rigged but it is biased – biased to the people who do their homework.

If you want to be successful in the stock market, invest in your education of the market. Before you put a single dime in, read and study-up on what makes for successful investing. This will put you light years ahead of most market participants who just want to gamble.

In every game of chance, there’s a patsy. And if you haven’t figured out who the patsy is, it’s you.

The moral of this essay? Don’t be a lemming. You invest with dollars you’ve earned prior. Don’t be the person who loses their investment dollars out of ignorance and then has to go re-earn those same dollars. Be the smartest person who know about the market. Invest in your investing education and watch it pay off for you as a successful investor. Because successful investing, not being a lemming, is what makes people financially free. 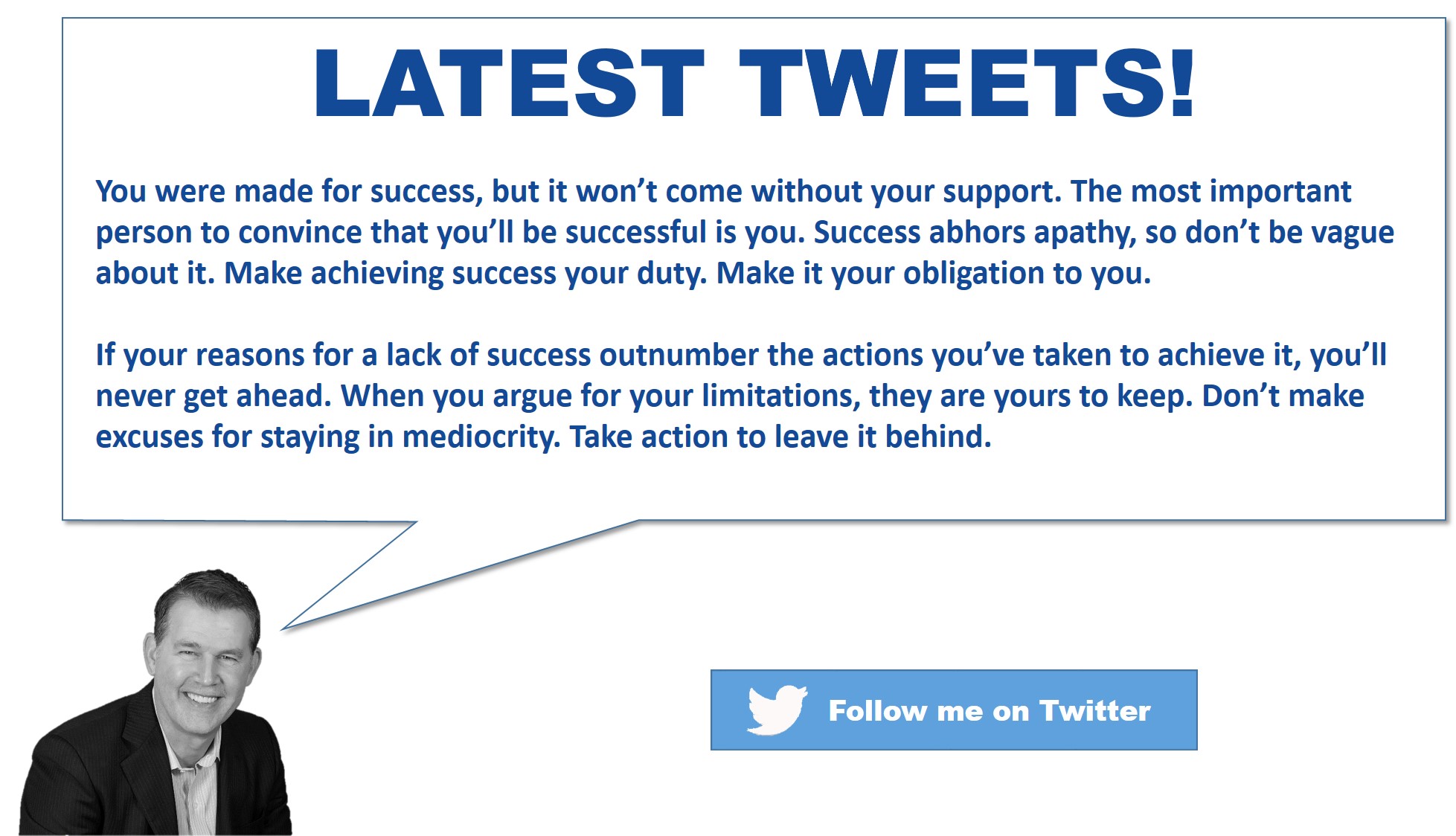 Are You Willing To Do Anything To Be Financially Free? Let’s See If You’ll Step Over This Line.

What Determines How Much Prosperity You Can Withstand? It’s Something Put On You When…