We’ve all witnessed the scene.

And there they are…

Staring off into space. Preoccupied with their phones. Barley saying a few words to one another all night long. A look on their faces like they’d rather be somewhere else.

It’s obvious they hate each other, right?

You see, the opposite of love is not hate.

In similar fashion, the opposite of wealth is not being poor.

Just not giving a damn.

We live in extraordinary times. Never in America’s history have so many people achieved millionaire status on an annualized basis. People are also becoming millionaires at a pace faster than anytime in recorded history.  Contrary to what the talking heads on TV say, there’s absolutely no shortage of wealth in this country.

And there’s no shortage of ways to build wealth either. Quite the contrary.

Never has it been easier to start your own business. Just a few decades ago, starting a business meant big startup costs, signing a long-term lease on a retail storefront and incurring a lot of overhead.

The internet has changed that. It’s been the great equalizer. Today, thousands of entrepreneurs have businesses with no location other than their spare bedroom. Startup costs have been reduced down to a couple of hundred dollars and the need for a large overhead has greatly been diminished, as an entire army of business men and women perform useful duties as middle men and service providers.

The cost of investing has also changed dramatically. When I opened my first brokerage account in college, stock trades cost about $50 each way and you had to have a certain minimum balance before you could even open up an account.  Now, practically anyone can open a brokerage account with the tiniest of deposits. Trading costs have all but disappeared.

We didn’t use to have a 99% and 1% in this country either. Wealth was more evenly distributed across socioeconomic classes just a few decades ago. Now, there are two disparate groups, with the 1% getting richer and the 99% either staying flat or getting poorer.

So, what’s going on here? How is it that we live in such bi-polar times? How can it be that new millionaires are being minted at such a rapid pace and at the same time, more and more people are just barely getting by financially?

Rapid innovation, technology improvements and efficiencies have brought incredible conveniences right to our doorsteps. We have more modern day advantages than any of our predecessors. Financial titans of yesteryear like the Rockefellers and Getty’s would blush with envy for how good we have it.

And all those improvements have brought something else – comfort – and with it, indifference. Indeed, the most common refrain of the mediocre is this – “I just want to be comfortable”.  Not get ahead. Not enjoy the good life so readily available. Just get by. Barely.

What Do You Want To Be When You Give Up?

I have a question for you – When you were young and asked what you wanted to be when you grow up, did you reply with “comfortable”? Of course not.  No young person ever aims to just have their basic needs met. Yet, there’s a massive army of people in this country who have accepted just that condition. The related question for them today is this – “What do you want to be now that you have given up?”

Friends, I’m here to tell you that “comfort seeking” is a compromise. It’s a disease. It’s also a bad bet. You see, those who seek financial comfort have bought into the flawed thinking that “coasting” is still a viable option.

But time has already proven them wrong. They just haven’t bothered to avail themselves of the facts – average wages in our country have been flat or declining for the past 15 years. For the first time in our history, adult children are earning less than their parents did at the same age. Per a recent CareerBuilder report, 80% of American workers say they’re living paycheck to paycheck. Hardly the definition of “comfort”.

Those same technology improvements that give us modern conveniences, have created a tsunami of changes in our labor force. Specialization is what is being rewarded nowadays in the job market. The “pedestrian” level jobs that make-up much of middle class America have been eliminated or had their salaries significantly reduced. Our economy is a passing parade. You are either in it, or it’s passing you by.

We have a massive leisure epidemic in this country. According to a recent report from the Bureau of Labor Statistics, the average person in America has about five hours of free time a day. And how does the average person spend most of that time? In front of the TV. According to the government’s American Time Use Survey (ATUS), which tracks how people spend their days, men on average are watching three hours of TV or movies a day, while women average two and a half hours.

Your expenses will be higher in retirement. Yes, they will. Tomorrow will be a crowded day. Our capitalistic economy does not suffer well the people who procrastinate financially. It rewards the doers of the day. Indeed, the chains of comfort are too light to be felt until they are too heavy to be ignored.

I’ve got news for the comfort seekers – The secret to getting ahead financially while doing very little about it is still a secret. It takes the same blood, sweat and tears that it has always taken. Great people do great things, not because they are great, but because they have an unrelenting purpose in life and they go do something about it. The problem is not the lack of ordinary people doing extraordinary things. Nope. The problem is all the extraordinary people just doing ordinary things.

If you’ve lost the drive to become financially free, then revert to the younger you. Rekindle your spirit for getting ahead. Cast aside the philosophies of the mediocre that are centered around lethargy and being ambivalent. Get reacquainted with your goal to become rich. Let comfort seeking seduce the suckers. It’s not for you. Dig in. Dig deep. Keep moving. Keep moving towards the life you were meant to live. The life you deserve to live. 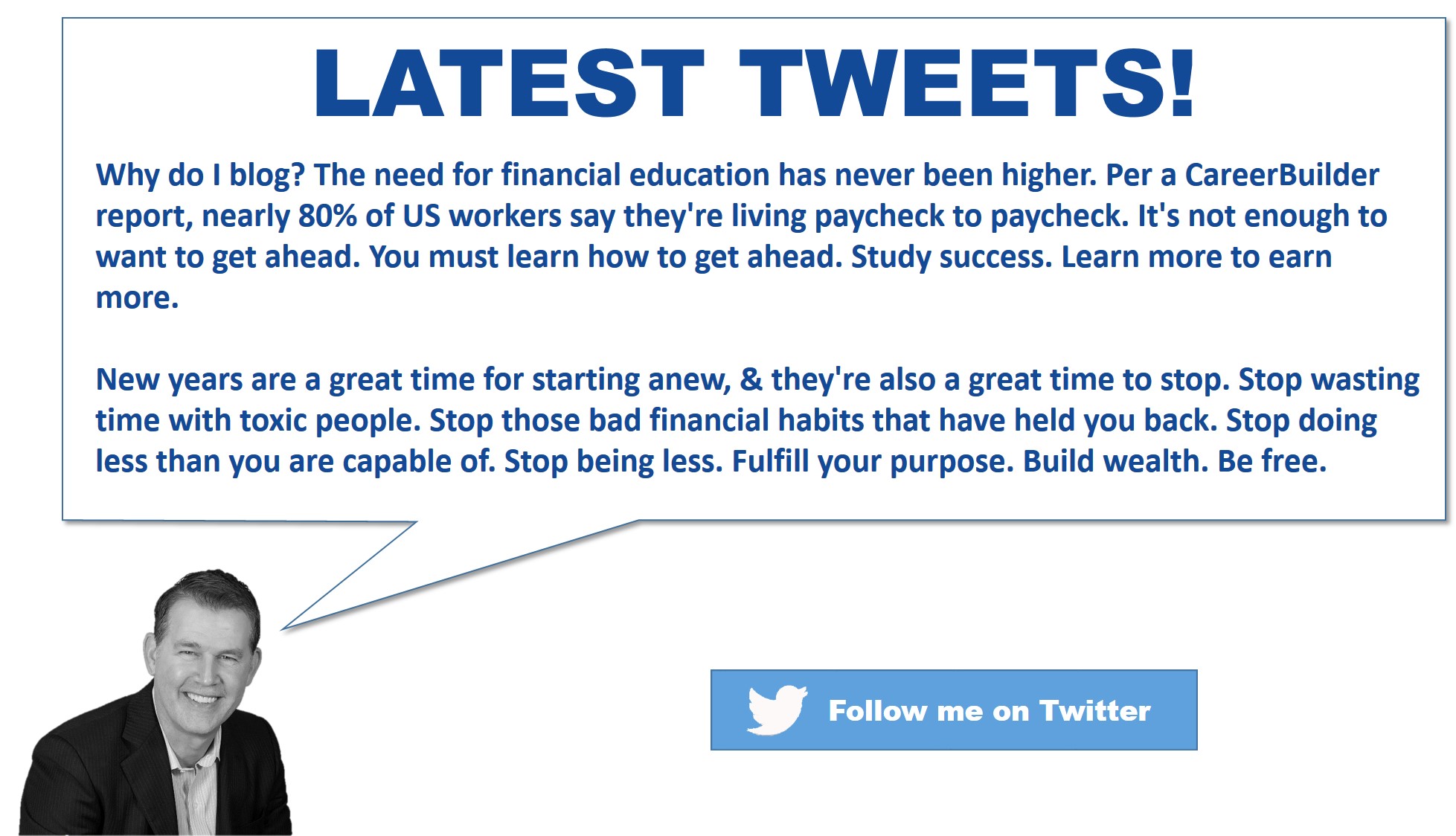 The Middle Children Of History: Why Most Superheroes Just Give Up & Turn-In Their Capes

“Wait A Minute, Deficits Are Good For Stocks? How The Hell Can That Be Right?” Here’s How…