The secret to getting rich is as powerful as it is unexciting: live below your means. That’s it. The bigger the difference between what you earn and what you spend, the sooner you’ll find yourself with enough money to do what you want with your life. Now, I realize that “live below your means” may sound obvious or trite. That doesn’t make it easy. It’s actually much harder than it sounds. Many of the people you see with big houses and fancy cars are up to their eyeballs in debt, which means they’re violating this basic principle. They aren’t rich at all. And if they’re not careful, they can lose it all, like the family profiled in today’s essay.

The No-Getters: How One Family Built A Fortune And Then Lost It All

Last year, Money magazine reported that nearly 70% of wealthy families have lost their wealth by the second generation. And according to Family Business Institute, 97% of family businesses do not survive past the third generation.

The J.R. Torrey Razor company manufactured straight razors from about 1850 to the end of World War I. The company’s success made the Torrey family one of the wealthiest at that time. They were the first to own an automobile and one of the first to have a telephone.

After the war, however, America’s love affair with straight razors began to wane as many people switched to safety razors. Joseph Torrey, the second generation of Torrey’s to lead the firm, was so preoccupied with other things such as flying planes and other escapades that the family’s company went adrift. By the time he died in the early 1960s, his sister, Marion, had to rent out rooms in her house just to make ends meet.

But that’s just a small example…

The Vanderbilt family – once America’s richest – flaunted their wealth to the extreme. They amassed the first great fortune of the Industrial Age. And they went on to embody the excess of the Gilded Age, using their money to achieve prominence in New York’s social scene in the late twentieth century.

The start of the Vanderbilt wealth was in the early 1800s when Cornelius Vanderbilt took a loan of $100 and turned it into a $100 million fortune at his death in 1877. His son, William doubled the inheritance during his lifetime and left the family fortune to his sons.

While these numbers are astounding ($200 million in 1895 would be about $5 billion in today’s dollars), the more astonishing part of the Vanderbilt family story is how quickly they lost that fortune—less than 50 years after the richest man in America died, none of patriarch Cornelius Vanderbilt’s heirs were counted among the world’s richest people.

What went wrong is that the successive generations of Vanderbilts shifted from being great wealth producers to great wealth reducers. They’re what I call the no-getters.

No-getters try to outdo each other by building lavish homes that they can barely afford and by seeing who can be the most impatient when it comes to obtaining the newest cars or gadgets.

Just to be clear here, I’m not against having nice things. I have many nice things. But, most middle-class people don’t get rich by lavishly spending on the way to the top. The truly rich wait and buy all the cool, hip stuff after they’re loaded.

In the meantime, they save. And they don’t just save to save, because you’ll never get rich that way. No, you don’t get rich by having a limited income and then saving a portion of that limited income.

Now, before anyone gets their dandruff up, I’m not saying that saving money is unimportant…

You do in fact need to save your money. But not just for retirement, but for opportunity. You’ve heard the phrase “spend money to make money”. If you want to have big money you will eventually have to make big investments.

And here’s the key point – delayed consumption is the mother of investing. No capital = no investments. Contrary to what you may have read or heard recently, the economy is not rigged. No, the system is not setup to benefit the rich. The system is setup to benefit the investor. You see, there’s not a shortage of money to go around. But there is a shortage of people with the patience, discipline and determination needed to invest and get more money in their bank account.

I have been an avid saver since I was poor kid from the country. I worked at crummy jobs. I drove a beater car. I ate tuna and oatmeal, long before eating tuna and oatmeal were considered good for you. Ha ha!

I didn’t even think about it. It didn’t even occur to me that they were hard times. I saved because I needed investment capital. I need dry powder to build my wealth. Each of my saved dollars became “freedom fighters” that went to work for me building even more dollars until I could become financially free and live off of the nest eggs of the golden goose I had built.

And this is exactly the lesson that was not taught to the Torrey and Vanderbilt heirs. They weren’t taught to protect the goose and only spend a portion of its eggs. And to take the remaining eggs and put them to work building more geese, that would lay even more eggs.

They began receiving several million dollars a year, which is like letting the dog have access to his food bag. If you put a few million in most 20-year-olds’ hands without a whole lot of guidance, it will probably get wasted. They don’t have any idea that the gravy train will end. They lack perspective.

And it’s not just the young. Many adults too seem to have lost or never gained perspective to slow down and put some back.

When you mistreat your assets or squander their production — aka “killing the goose” — you steal from your future. The overly ambitious businessman who is too greedy to allow his current assets to pay him a profit that he takes-on additional debt and impatiently makes unnecessary purchases, turns out to get more than he can handle. The shopaholic would be able to buy more things that she enjoyed over the long term if she did not pay so much interest. The consumerist who has to have the latest gadget or car, leases their nest egg away. Their income and the ability to grow it exponentially, is misused.

You just have to make a choice… 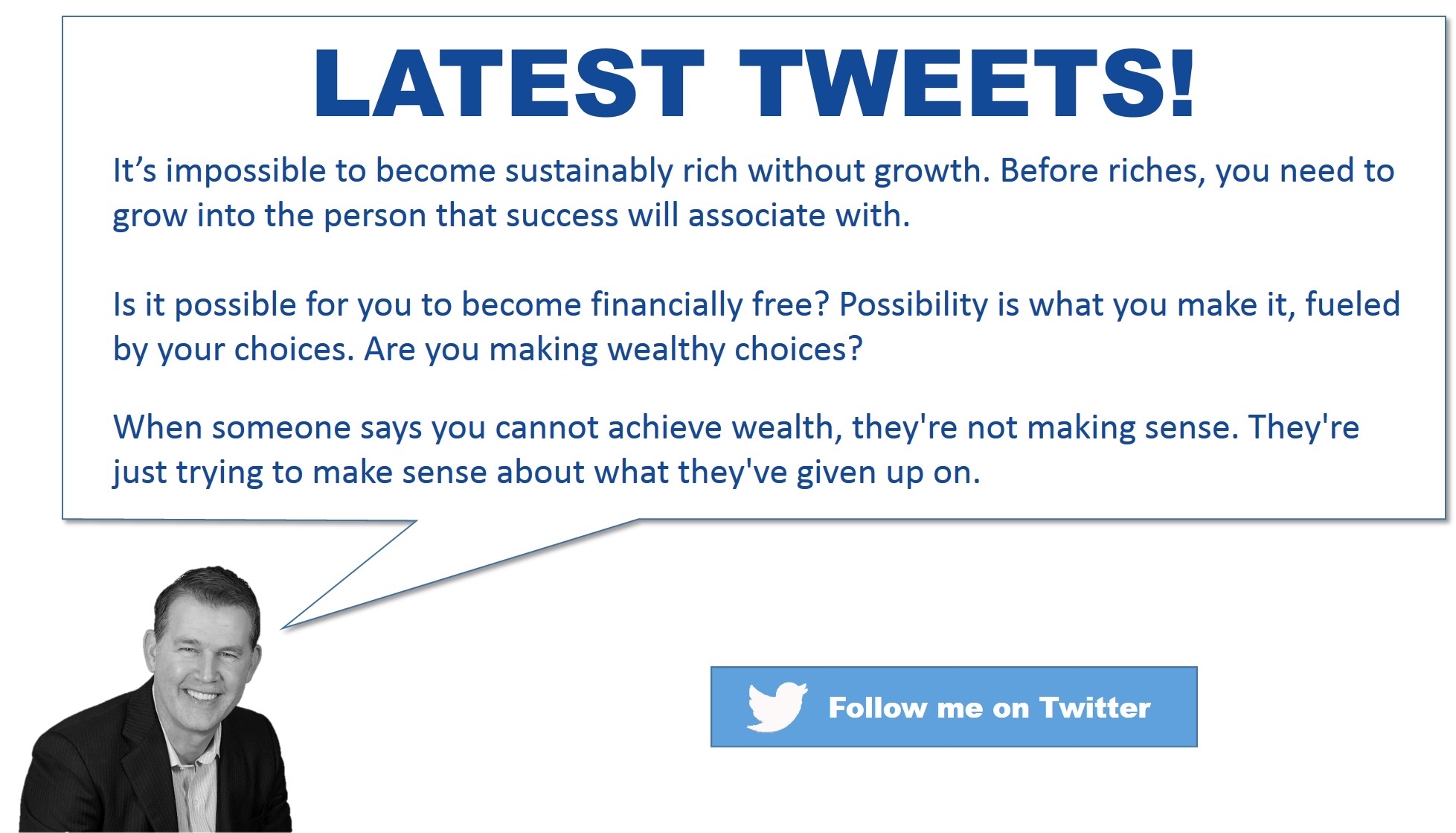 Tired Of Not Achieving Your Financial Goals? Thought So. Here’s How To Crush It This Year!

What’s Tempting You? The Six Deadly Temptations That Keep People From Becoming Successful!