The next time you and you’re friends are organizing a lunch or dinner get-together, try observing how they respond to the ever present question of “What are you hungry for?”. Most people will answer in one of two ways, either in the negative or in the positive. For example, some will reply with what they don’t want to eat – “I don’t care as long as it’s not Chinese food!”, while some will reply in the positive – “Let’s go get pizza!” (a person after my own heart, smile).

Much has been written about those two types of motivation “away from” and “toward” as they relate to financial goals. Someone may be motivated to become wealthy based on a fear of being poor. Others are motivated by moving towards something, like becoming a millionaire. So, which one is the best for achieving financial freedom?

It’s normal for people to express themselves in terms of what they don’t want in times of despair or if they’re feeling unhappy about a certain situation. They simply don’t want the problem. But that’s not all they don’t want. Usually, when asked, “What do you want instead?” a frequent answer is, “Well, I don’t want this, and I definitely don’t want that, and I know I don’t want that other thing,” etc. When it is pointed out to them that these are all examples of what is not wanted, rather than what is wanted, and the question is then repeated, “What is it that you do want?” the most common answer is a pause, followed by, “I don’t know.” The problem with this type of motivation is just that – it’s a survival type of motivation. Once the angst of what that person is trying to avoid is no longer present, so goes their motivation. This type of motivation is like a milk carton stamped with a “use until” date. After that, it’s no good. This kind of motivation won’t stir you to pursue a goal over an extended period of time. The person who is just working to “avoid poverty” will likely stop growing financially once they’ve escaped poverty. Another issue with this type of motivation is that it directs a person’s attention consistently to the negatives in what they are doing, filtering out the positives in the process.

So, does that mean “away from” motivations are bad. Hardly. These types of motivations can be very powerful. I’ve often said that disgust is a powerful motivator. When will a person stop abusing credit cards? When they’ve had enough of the sleepless nights, the debt collection calls, and the high interest rates that bleed them dry. “Away from” motivations are a force, they are just not a strong enough force to get you over the mountain to the valley of financial freedom.

Onto the “toward” type of motivation…

For setting empowering, positive goals and getting greater clarity on vision and direction, a ‘moving towards’ perspective is probably the most obvious choice. ‘Moving towards’ people always strive to achieve an outcome – they want to move towards something. They focus on what they will get when the outcome is achieved. They are moving towards pleasure, motivated by gaining pleasure. ‘Moving towards’ people will focus on telling you what they do want. “Toward” goals are typically fixed goals, such as becoming a millionaire, running a four-minute mile or having a 3000 square foot house on the lake.

It’s easy to see that this kind of motivation can be more effective because it moves you towards what you do want. It’s directional. It fills you with hope and optimism and makes life more fun and interesting. It’s not stressful or negative like the “away from” motivation. Even if your current surroundings are unpleasant, your underlying mood is still positive, because you’re focused on your inspiring vision. Your motivation to make it happen will get you through many of challenges or obstacles that you encounter.

But this type of motivation still doesn’t get most people over the mountain and onto the valley of financial freedom. Why? Because it too suffers from being unsustainable. This type of motivation is like kindling wood. It burns hot for a while. However, it dies off once you’ve enjoyed the warmth. It leaves lots of ashes and the intensity can exhaust you. This is why most people stop along the path to financial freedom in the land of the middle class. They’re motivated just enough to get the big house, fancy car and private schooling for their kids, but they are still a paycheck hostage. They still go to work every day in places lined with coffins, I mean cubicles, working their lives away under cheap florescent lights. They got the “thing” they wanted, but their “towards” motivation didn’t carry them all the way to financial freedom.

And why is that? Glad you asked…

Have you ever wondered why Warren Buffett still goes to work every day? After all, Buffett himself has said that he had quite enough money to retire on way back in 1956, before he even started his investment career.

The reason Buffett goes to work every day is because he loves the process of building Berkshire Hathaway and of building wealth. Yes, the money is important, but it is the art of transforming something that he loves. Indeed, Buffett has referred many times to Berkshire Hathaway as his “masterpiece” and he the painter. For him, making money and watching it grow is his source of motivation.

So too must you be inspired by what you are doing and who you are becoming along the way to financial freedom. When you do, the money you make is merely a side effect. It’s a way to keep score. It’s a reflection back to you that you are indeed becoming the person you knew down deep that you were all along. When you are motivated by what you must become, you are in a sense demanding, summoning even, that identity into the forefront.

Look, the common denominator between people who achieve great things is that they are motivated by the process of doing. The activity, not the outcome. The becoming, not the thing. As John Train put it in The Midas Touch:

“The great investor, like the great chess player, is determined to become a master of that particular craft, sometimes without caring whether he only gets rich or immensely rich. It has been rightly said that the reward of the army general is not a bigger tent but command. It is, in other words, succeeding in the process itself that fascinates the greatest investors.”

Here’s why this is important – The process of becoming financially free includes the menial tasks of budgeting, saving, investing, monitoring, reviewing mistakes and continually making small improvements. The events of finally getting that big house or new car only happen in a moment. The other tasks are the most time intensive – and they are long-term processes. Only a person whose source of satisfaction in these activities will devote the time and energy necessary to master them and reach financial freedom status.

This is why most people quit and don’t get over the mountain to financial freedom. They hate the menial tasks. Once they get some level of financial achievement, they quit. They never liked budgeting, saving, etc. anyway, so why keep going?

A few years ago my girlfriend completed her first marathon. I met her at specific milestones along the route such as 3, 6, 9,etc.. miles to encourage her. If you know anything about running a marathon, you’ve heard of the infamous “wall” marathoners hit around mile 20-21. This is when your body is so beat-up that your mind takes over and tells you to quit, quit for now, quit for good, quit for survival.

Sure enough, I was waiting at mile 20 for my girlfriend and sure enough, she hit the wall. Hard. Very hard. I’ve never seen her that hurt, that broken physically. I’m sure her mind was saying “Just stop. Why keep going?” But keep going she did. She finished that marathon and placed very high in her age bracket.

What kept her going wasn’t something that she was trying to avoid. It also wasn’t motivation towards achieving a milestone of running 26 miles. No. Those are both outside of her. What stirred her to finish was that she knew deep inside that she must become a marathon runner. She did it for the love of running. She did it by being in love with the process of becoming a marathon runner – the grueling training regimen, the early starts to long run days and the pain and fatigue that one endures. She did it for what it made of her. What she became.

There’s a reason why the middle class is so swollen and the wealthy class is so small. The first two types of motivation will get you to a comfortable life in the middle class, and if that’s what motivates you, then fine. But you’ll never escape the rat race that way. You’ll never stop being a job zombie that way. You’ll  never get to the sweet life of financial freedom that way. For that, you must demand that you become financially free. You must focus on the process of becoming a financially free person. Is that who you are becoming? 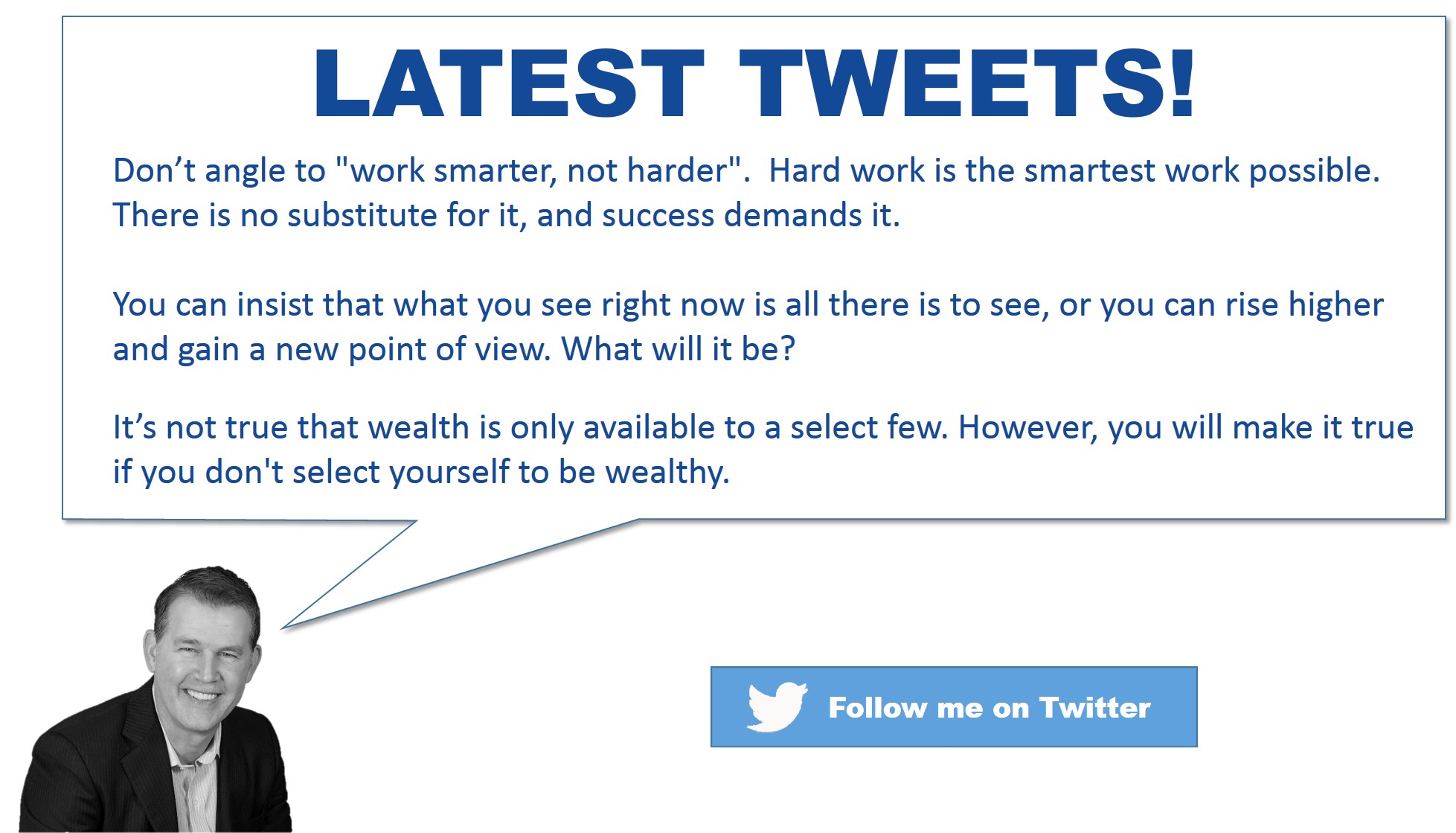