To which I always reply, “Sell them all in a panic-induced frenzy!” Just kidding.

That question, of what I will do with my Berkshire Hathaway shares once Buffett retires, is really one of naiveté. It’s what I call “sound bite investing”, letting a headline inform you of what to do with your investments.

The problem with making investment based on sound bites is that they lack context. Most people don’t understand how the markets work or how the companies they invest in operate. But rather than avail themselves of that all-important knowledge via careful study and reading, they’d rather just winnow their investing decisions down to some oversimplified gibberish such stock picking is bad, passive investing is better than active investing, or your bond allocation should be equal to your age, etc.

It’s this type of nonsense that has prompted Buffett  to warn investors to steer clear of the media when making investment decisions. But that advice often falls on deaf ears. Recent academic research reported in Investment News, however, not only supports this advice but extends the warning to any and all “public” investment rhetoric.

The study results, reported by Don Dale of Northwestern University and John Morgan of UC Berkeley, indicate that “even when people know the quality of the information being disseminated is low, the ‘noise’ of it being publicly broadcast causes investors to lend it more weight than they should.” When investors follow what’s “popular”, they argue, it can lead to market valuations that are “not based on company fundamentals.” The researchers went so far as to say that “society might be better off if the release of such information publicly was illegal.” If this were indeed the case, there probably wouldn’t be enough handcuffs to go around. (Emphasis mine).

Let’s go back to Dale and Morgan’s statement of “not based on company fundamentals”, relative to the Buffett retiring/Bershire Hathaway shares falling question: The sound bite investor would be oblivious to what’s really happening at Berkshire (the company’s fundamentals) and how Warren Buffett and Charlie Munger have prepared it so well, not only for their eventual retirement but for many decades to come. Such as…

Initially, both men started out with relatively small sums of money to invest, and the results have been outstanding so far. For example, Berkshire’s successful Apple investment started out as a stake of about $1 billion that Weschler reportedly initiated in early 2016. And the pair was responsible for the company’s DirecTV win, which resulted in a big payday for Berkshire when AT&T acquired the satellite giant.

Buffett has been steadily increasing the amount of money Combs and Weschler have to invest. As of Buffett’s latest letter to shareholders, they now manage a total of $21 billion of Berkshire’s assets, far more than the $2 billion they started with.

Berkshire’s capital is in great hands. Yes, Buffett is a one-of-a-kind capital allocator and investor but that doesn’t mean that all of Berkshire’s capital is going to suddenly languish when Buffett retires.  As Combs and Weschler start managing even more of Berkshire’s money and eventually take over Berkshire’s stock investments altogether once Buffett is no longer at the helm, this will be a positive catalyst for shareholders. I have full confidence in their judgement to invest in attractive opportunities in the future.

This important context alone makes the question of “what will happen to Berkshire after Buffett is gone” so silly. It’s as if the uninformed person asking it thinks that we’ll all stop eating hamburgers, getting car insurance, taking private jet travel and buying furniture once Buffet departs! How hilarious!

I have news for these people – life goes on.

Steve Jobs was a brilliant inventor and business man and his legacy will be felt for hundreds of years, but the truth is that Apple has thrived since his untimely death. Since Tim Cook was promoted—the former chief operating officer has grown Apple into a company with roughly $600 billion in market capitalization, making it the most valuable public company in the world. Apple has never sold more than it has under Cook’s watch, in some quarters generating sales close to $80 billion—something many Fortune 500 companies don’t do in an entire year!

Berkshire and Buffett are inexplicably intertwined yes, but only a fool would think that Berkshire is only Buffett. Hardly. Buffet and Munger would not have been doing their jobs if the company could only survive with them. At the Berskhire Hathaway shareholders meeting this year, Buffet had this to say about what would happen to Berkshire’s stock after he’s gone: “If I die tonight, I think the stock would go up tomorrow.” Indeed.

And then there’s the cash. At the end of the first quarter of 2017, Berkshire Hathaway had a stockpile of $96.5 billion in cash and equivalents. This is the largest cash hoard the company has ever had. And it’s only getting bigger, with some $6-7 billion of profits arriving in Berkshire’s coffers each quarter.

And for those pessimists that think Berkshire’s profit engines are on the decline, remember this – “Sleepy” Berkshire posted a 15% increase in profits just in the past quarter! Doesn’t sound so sleepy now does it?

While Buffett shows an extraordinary level of patience when putting Berkshire’s massive war chest to work by waiting on the right investments, know this – that cash will be put to work for shareholders eventually. It’s just a matter of time, as the big “elephants” as Buffett calls them, come into his cross hairs.

In just the past few weeks, Berkshire invested over $300 million in STORE Capital, its first REIT, and has agreed to add Texas-based Oncor to its portfolio of utilities for $9 billion. In addition, The Wall Street Journal recently reported that Buffett has met with Sprint’s chairman about a possible investment, which other sources report would be in the range of $10 billion to $20 billion.

And buying entire companies that continue to grow Berkshire is just the half of it. Having all that cash provides Berkshire with unheard of opportunities to invest in the stocks of other companies with super attractive terms.

Back in 2008, cash strapped companies such as Goldman Sachs, Bank of America and Harley Davidson came to Berkshire desperately needing capital. Berkshire made enormously profitable (billions and billions of dollars) investments in these companies, showing that the 50 year old company still has plenty of ways to put its cash to work!

Which brings me to my final point…

Now, when I explain this to a newbie investor, I typically get a perplexed reaction followed by statements of disagreement – “Interest rates drive stock prices!”, “The economy determines where stocks go!” and “Earnings, it’s all about earnings!”.

All of that is wrong.

Those may be reasons that some people have for buying a stock, but make no mistake about it, it’s the buying of a stock is what makes it go up. And here’s another important point – it doesn’t matter who’s doing the buying. The markets don’t care. They’re agnostic.

Now stay with me here, because the best part is coming…

I have no idea what will happen to Berkshire’s stock on the day that Buffett steps down. But for arguments sake, let’s just say that there will be a sell off, like many predict will happen.

If that does happen, I know of at least two buyers that will be buying all of Berkshire’s stock that they possibly can…

But my buying will pale in comparison to the buying from Big B!

You see, back in 2011 Berkshire announced the intention to repurchase shares at a price up to 110% of book value – Berkshire’s conservative proxy for intrinsic value at the time. But, this limit would quickly prove unrealistic and only $67 million of stock was purchased in a matter of a few seconds as the stock quickly rose past the 110% mark.

If you’re paying attention, a light bulb should have just went off! That’s right, when the stock fell and Berkshire started buying, guess what happened – the stock when up! Buying makes a stock go up.

By 2012, Berkshire increased the limit to 120%, which quickly allowed for $1.2 billion in stock to be repurchased from a long time shareholder. In total 9,475 Class A shares and 606,499 Class B shares, totaling approximately $1.2 billion, were repurchased in 2012. There have been no share purchases made under the program since then, as the 120% threshold hasn’t been met since.

If Berkshire stock where to fall on the day Buffett resigns to a level of 120% of book value or below, you better believe that Berkshire will buy its shares. Now think about that for a moment. Berkshire, with $100 billion in cash available, will start buying its own shares. What might that do to the price of Berkshire Hathaway’s stock? Hmmmm.

Berkshire’s best days are ahead of it. To be a successful investor, it pays to do your homework and move past the headline investing made popular by the average investor. That’s how fortunes are made. And we know what fortunes bring…financial freedom. 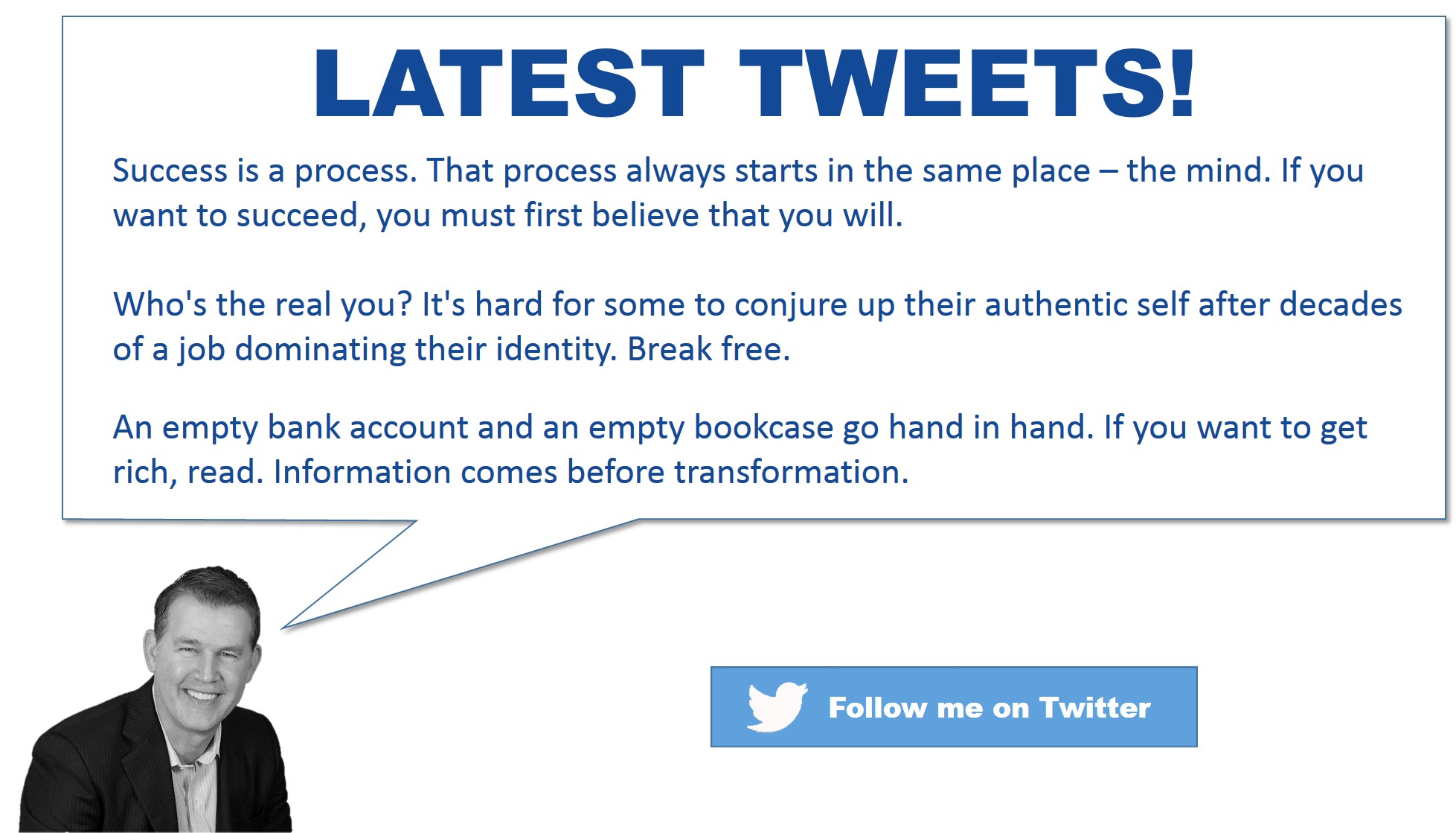