I’m often teased for something peculiar about my behavior. It’s a point of good-hearted ribbing for those close to me.  I laugh about it too! You see, those close to me get a kick out of teasing me because I’m so….

For many, the thought of having a routine is like asking a kid to take medicine – yuck!  Their battle cry is this – “The less routine the more life!”

Do you know what would make that statement even more cute? If it were true.

You see, routine is not a prison. No, it’s the opposite. Routines are the way to freedom….to freedom from time.

Many fight against cultivating daily habits and routines because they don’t want to feel like they have to live life by a set of “rules”.  They want to be their own person and do their own thing. Besides, keeping a routine is hard work…so they think.

But do you know what every successful person discovers sooner or later?

Having no routine or structure is so much more draining mentally, physically, and emotionally than any routine could ever be!

By not doing the things they knew would make them better — habits like exercising, saving, and investing—it deprived them of the energy that these types of positive activities create. Without a routine many get tired…inside and out. And to make matters worse, their dreams and goals just slip away.

Establishing a positive daily routine is both a self-investment and a way to do your best.  It also provides additional benefits, such as giving you structure, building forward-moving habits, and creating momentum that will carry you on the days when you feel like you don’t have the motivation to focus on your goals.

Following a daily routine can help you establish priorities, limit procrastination and keep track of goals. It lowers your reliance on willpower and motivation.

Here’s what I mean – Whenever I hear someone bristle at having routines in their life, invariably they tell me about all the things they like to do instead, such as: lying on the beach, shopping, hanging out at the coffee shop, and surfing the social media sites. What they don’t realize is that these things are indeed a routine!  They tend to do them over and over. Yep, they’re routines all right. They’re just bad routines. Routines that don’t serve them well, that just waste their time. Is it any wonder that the popular battle cry of the mediocre majority is this – “I just don’t have the time!” Indeed, the person who doesn’t value time won’t do much of value with their time.

Friends, if we look across the stories and studies of success, we find some common themes. By looking to the patterns of success, we can identify repeatable systems, or routines. Routines are basically a method for improving your success in a systematic way. By making your days explicit, you can improve them, and fine tune them, to achieve better, faster, and simpler results.

If you have a trusted system, you don’t waste time and brain energy on the mundane. Rather, you spend your time and energy learning, improving and growing. I’m often asked how someone can achieve success faster. My answer – learn faster.  When you learn at a faster pace, you can enjoy a higher level of success faster.  A routine lets you separate the wheat from the chaff.  The beauty of having a routine for success is that you can enjoy both the journey and the destination toward achieving your success.

Before we leave this essay, I want to provide you with a routine that is very personal to me. But I didn’t create it. No, it’s been handed down for generations upon generations. It’s the very routine that everyone has used to become successful. It’s the way. It’s the routine of success.

Step 1. Envision your future. Most people don’t start down the journey to success because it never occurs to them that they can be successful. Convince the most important person that you’ll become successful (you) and you will be successful. What future do you want? Have you envisioned it? Have you written it down? Does everyone important to you know what it is? Don’t leave your future to chance and the whims of the day. Identify the life you deserve, down to the minute detail.

Step 2. Determine what it’s going to take to get that future. Success is not for the pollyannas and those that like to shoot from hip. There will be obstacles. There will be sacrifices. The intelligent person looks up the field to identify what’s coming. Being surprised about obstacles on the road to success is the domain of the naïve.

Step 3. Commit to doing what it takes to get that future.  The formula for success is pretty simple – Do what others refuse to do. The world doesn’t make a place for the fragile person, only the bold person in the arena who’s giving, and taking, the shots. You will get ahead in life by the “I will” statements that you make and stick to. Successful people don’t need motivation. Success is a duty, an obligation that they have to themselves and they’ll literally do anything and everything to get the life they deserve.

Step 4. Model the best. While it may look clever to do it, inventing a new way to success is a complete waste of time. There are literally thousands of people that have went ahead and charted a course for success and many of them have been gracious enough to share what they know in books. What’s the best method to increase your pace of success? It’s to copy other successful people. See what’s worked for them. Notice what routines they follow to ensure their success and then get busy using those same routines.

Step 5. Inspect what you expect. Imagine you are playing a basketball game and not keeping score. Then imagine someone shows up with a scoreboard, a scorekeeper, and a couple of referees. How would this change the way you were playing the game? Predictably, because people are competitive by nature, the intensity of the game would instantly increase and each player would play to the best of their ability in an attempt to win! This dynamic of measuring performance has the same effect in success, yet so few really do it. What should you measure when it comes to achieving financial freedom? Easy, it’s this – Is your net worth growing year after year? So, how often should you check? At least every year, if not more frequent. It has been my experience that what we measure gets better and what we don’t decays. Inspect what you expect.

Step 6. Change your approach based on your inspections. I’m sure you’ve seen what happens when many great football teams go into halftime behind on the game’s score.  Not all, but many come out of that halftime break and just annihilate their competition in the second half. What happens here? They course correct. They analyze what’s working and more importantly, what’s not working, and they change tactics. Just as an aircraft faces headwinds, storms and unexpected turbulence, you will experience the same in the pursuit of success. The key to success is to keep your mind fixed clearly on the goal, but be flexible about the way of achievement. Be open to new inputs and ideas. Learn from every experience. Look for the good in every setback or difficulty. Most importantly, don’t quit. Resolve in advance that you will never give up. Your ability to persist in the face of all adversity in the direction of your goal is what will ultimately guarantee your success.

Friends, the most successful people in history – the ones many refer to as ‘geniuses’ in their fields, masters of their crafts – had one thing in common: most adhered to rigid and specific routines.

Whatever you want your life to consist of, how you will get there will be based on what you decide and then stick to. In short, routine is important because it creates the “nurture” aspect of your personality, one that will compel you to success.  What you’ll achieve in life is hidden in your daily routines. Will your routines take you to mediocrity or to financial freedom? 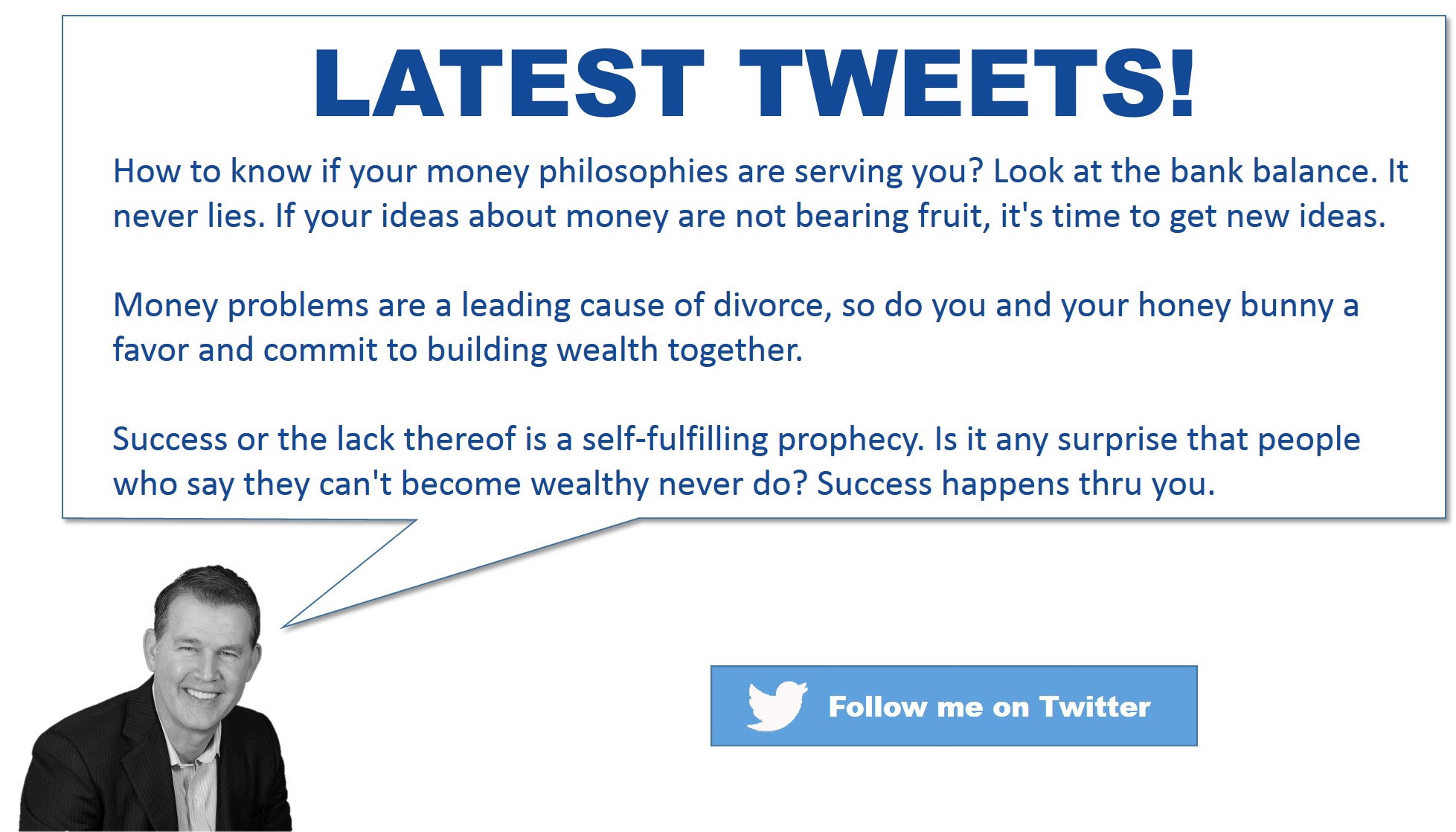 The Top 10 Money Mistakes That The Mediocre Will Make Again In 2018. Yep! They’ll Do It Again!

What Will You Do With The Privilege Of Financial Freedom When You Acquire It? Here’s What…

The “No Getters”. A Family Lost-Why Getting Rich And Staying Rich Are Two Very Different Things