There will always be someone with more money than you.

No matter how much wealth you build.

No matter the size of your investments.

Someone will always be richer.

This is true for everyone. Even the world’s richest people.

Forbes annual rankings of the world’s richest people changes quite regularly. While there’s some stalwarts like Warren Buffett and Bill Gates who’ve been on the list for decades, just 10 years ago there were names on the list that aren’t even on there today.

Which begs the question, what defines being “rich”?

It’s an important question, with so many nowadays clamoring to tax the rich more.

Want to know what I find ironic about their protests?

The socioeconomic class of those seemingly yelling the loudest to tax the rich.

They are…(wait for it) decidedly middle-to-upper middle class.

Oddly enough, many of them have well-paying careers and some have even received six figure advances to write books, about taxing the rich!

For many wanting to tax the rich more, a “rich” person is someone who has a net worth considerably higher than theirs.

Because if you asked the very poor, they’d consider someone in the middle class, who has a net worth considerably higher than theirs, to be rich.

This is where the “tax the rich more” argument always falls apart. There will always be someone richer than the next person, so taxing the rich will always come down to where exactly the dividing line is drawn. Trust me, those screaming the loudest about this would probably have a change of heart if that line suddenly included them.

One of the oft quoted statistics around this subject is how much wealth is controlled by the very richest.

The top 1% of wealthy individuals in our country control more wealth than the entire bottom 92%.

The wealthiest 10% of Americans control more than 50% of the nation’s household income.

What I find interesting here is the use of the word control. It’s conjures up images of evil madmen and madwomen, hoarding large supplies of money while the rest of the world is left to scrape and scrounge for tidbits of leftover money.

The problem with that idea? It’s simply not true.

You see, there’s no shortage of money. None. There’s plenty. Great gobs of it are available to anyone who wants to go get it.

Forbes has been compiling its world’s wealthiest list for decades. That means for decades upon decades, they’re have been extremely rich people in the world. Yet, at the same time there have also been many, many people who have built wealth from absolutely nothing. You see, people being extremely rich doesn’t take away from others becoming rich.

John D. Rockefeller was the world’s first billionaire. Anyone want to take a guess as to when he achieved that status?

Over one hundred years ago.

So, how is it possible that other people built wealth after Rockefeller? How’d they do it when he was “controlling” such a large amount of money at the time?

They did it because there’s no shortage of money.

They did it because there’s nobody “controlling” wealth.

As I’ve grown my net worth over the years, never once did I have to wrest control of it from the likes of Warren Buffett or Bill Gates.

Nor was the money I earned found behind some double-secret Fort Knox like encampment that only billionaires had control over.

It was all right there in the open, available to anyone.

That’s right, I grew wealth at the same time as many other people grew their wealth, some of which are the very richest people in the world.

Friends, the world’s billionaires getting richer doesn’t make anyone poorer. It also doesn’t inhibit anyone’s ability to make themselves richer one iota.

Wealth is not a zero sum game. It’s not a pie.

It’s best described as a fountain.

Want to know how much currency is traded on an average day?

Hard to make a case that the world’s billionaires are “controlling” all the money when so much of it is trading hands on a daily basis.

Although the world’s billionaires may hold large swaths of their money at any given time, it doesn’t sit still long. They’re investing and spending it, which makes its way into our economy.

The money used to purchase houses, jets, yachts, clothes, jewelry and vacations makes its way down to the everyday folks – realtors, plumbers, landscapers and school teachers.

The very wealthy are also doing something else with their money…they’re giving it all away.

Long gone are the days when pharaohs would be buried with their gold.

Today’s billionaires are some of the most philanthropic individuals in recorded history, funneling billions into worthy causes.

In fact, many of the world’s richest have pledged to give the bulk of their wealth to charity as part of the Giving Pledge – https://givingpledge.org/.

If you look closely, you’ll see that the vast majority of people listed on Forbe’s wealthiest list are also listed on the Give Pledge.

That means, within a generation or two, billions upon billions of dollars of previously earned wealth will be distributed to thousands of charities.

So, the next time you hear someone say tax the rich more, ask them these questions:

It will make for some interesting conversation. Be free. Nothing else is worth it. 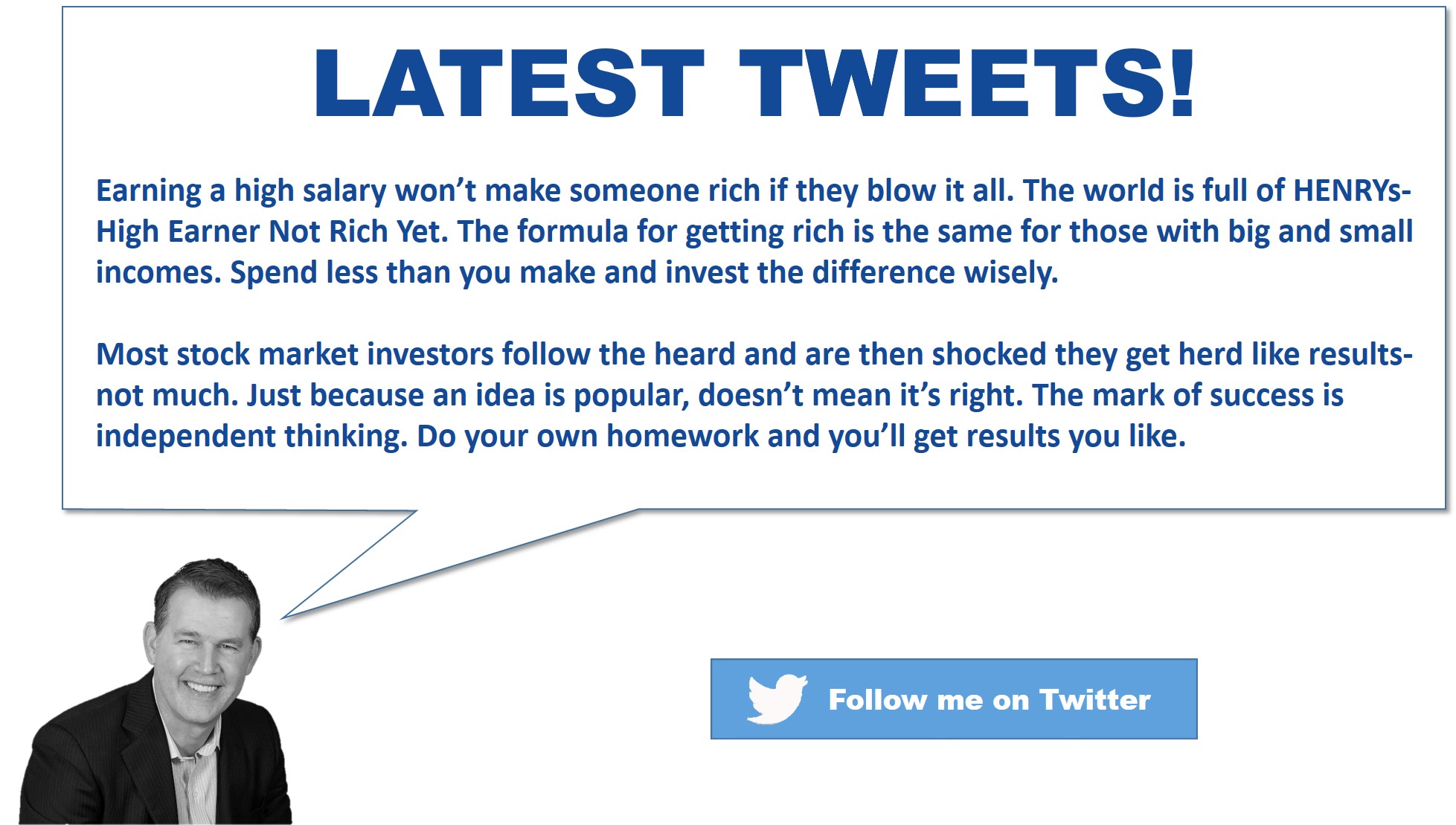 No One Could Have Guessed That A Study From 1930s Would Later Reveal The Keys To Success!

Words Are Cheap: To Achieve Financial Freedom, You Have To Want It More Than You Want Bullshit!

Which Money Habits Are Easiest To Form, Good Ones Or Bad Ones? Everyone Knows That It’s The…