I often wonder how people can be happy or at peace when themselves when they don’t make a commitment to financial success. How can a person reconcile wanting to be financially successful without giving their full effort to it?

I had a friend once that struggled with money. Let’s call him “Henry”.

Henry came to me several times for advice, as he literally lived paycheck-to-paycheck. That situation would be terrible if it were just him, but Henry had a wife and two kids, which meant living paycheck-to-paycheck was a disaster in the making. On top of that, Henry really wanted the good life – nice cars, nice house and nice things – but he never would make the sacrifices to achieve true financial success.

I’ll never forget what he told me one day…

“I’m building my family and I a pool in our backyard!”, Henry exclaimed.

Me: “How much is that going to cost you?”

Me: “Really? I thought that you were struggling financially?”.

“Having our own pool will allow me to spend more quality time with my children!”, said Henry, completely ignoring my question.

Me: “But your community has a nice pool and you live within a 3 minute walk of the pool. Why would you spend $40,000 on something like a pool when you’re struggling?”

Henry: “Because I want a pool now! I don’t want to wait until my children are older to have my own pool!”

After Henry’s bout of diarrhea of the mouth, I gave him this piece of advice…

When you don’t commit to financial success, you are committing to its opposite.

The idea that a person can coast thru life and somehow be unaffected by it, is a daydream. You are either growing or you are dying. There is no middle ground my friends. Nothing on this earth stands still.

We are moving masses of energy, constantly changing. Our cells regenerate at the rate of millions per second. Our livers repair and regrow cells every five months. Our taste buds renew every ten days. The cells in our lungs constantly renew themselves every 2-3 weeks.

And it’s not just our cells… our minds, philosophies and bank accounts are constantly adjusting to everything we’re experiencing.  Every time we reach a new level of skill in something, that automatically becomes the new norm.  Conversely, when we stop learning, growing and investing in ourselves, given enough time, we will simply fall behind. There is no such thing as “maintaining” in the long-term.

In a universe of change, you are literally choosing to succumb to mediocrity if you don’t make a unequivocal commitment to success .  Since change is the only thing that’s happening all the time, if you don’t ramp yourself up to a new level financially, you’re going to regress. If you’re not going forward financially, you’re going backwards.  Something must be changing one way or another.  If you’re just trying to maintain, then you’re going backwards. Maintaining is a passive form of regression.

”If we aim for some middle ground or status quo, it’s an illusion—beneath the surface what’s actually happening is we’re dying, not growing.“ -Robert K. Cooper

Every day, we change. We move toward the person we end up being.

Are you wealthier than the you were five or ten years ago? Are you happier? More fulfilled?

Or have you become a ghost of the person you said you become when you were younger? Is it hard to recognize yourself in the mirror? Where is that lively, passionate, successful person that you were going to become?

Look, struggling financially isn’t a place where most people begin. It’s a place they end up.

Every day you make the hard decisions that build a happy life or build its opposite.

Since yesterday, since last week, since you were younger, you have been making deposits or withdrawals from your “quality of life” bank account. People don’t become mediocre all at once. They do it gradually.

Out of curiosity, I looked-up “Henry” online to see what ever became of him. And just as I expected, he’s wasting away on the bottom rung of some boring company’s ladder. Still working. Still slogging away at a job. And probably still surviving, paycheck-to-paycheck.

“Henry” did get to swim in his own pool all those years ago, but he also swam in something else later – a mediocrity of his own choosing. Time didn’t stand still for him. And what about the success that “Henry” so desperately wanted? It never bothered “Henry”, because he couldn’t be bothered with it so many years ago.

You Are Always Becoming

Look at it from a different perspective: Think about what you’re already missing out on. Think about the happiness that financial freedom could give you right this minute. The satisfaction of accomplishment and the peace of mind and tranquility of not having to worry about money. Can you feel it?

Begin today, right where you are. Start saving money. Create a budget. Check-out a book on investing from your local library. Set financial goals. Build a plan to retire early. Learn. Grow. And yes…commit. Commit to becoming financially free. If you don’t, you’re committing to its opposite – mediocrity. 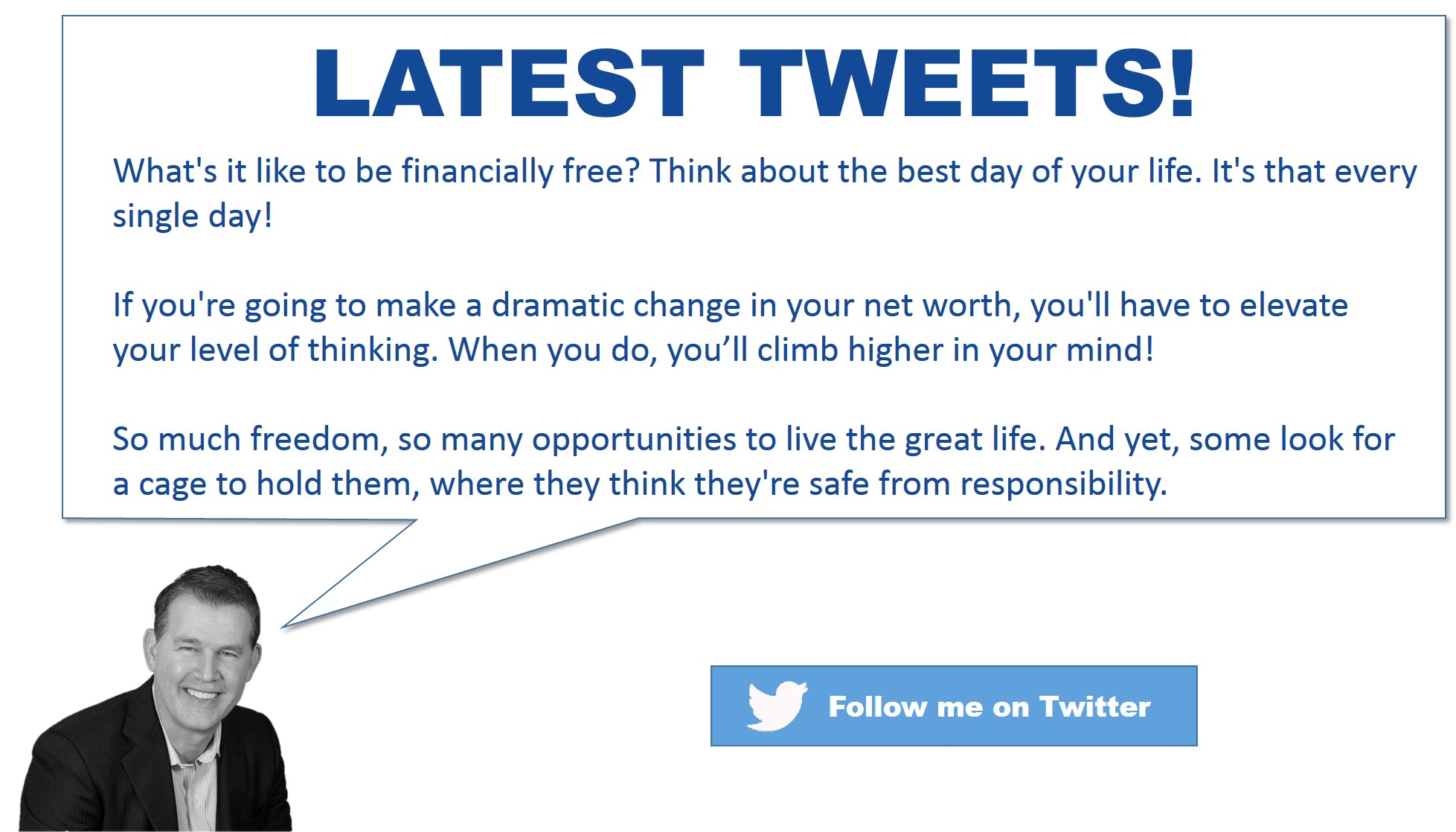 Not Financially Free Yet? This Very Simple, But Profound, Thing Could Be The Reason Why!

Infographic: Absolutely Hilarious Excuses People Have For Not Building Wealth!