A reporter known for getting the scoop raced to the street corner where an angry mob had gathered. Determined to be the first to report the event, the reporter asked one of the protesters, “What are you protesting about?” To which the protester replied “What do you have?”.

As we near the 6th anniversary of the Occupy Wall Street movement, today I want to talk about the topic of misplaced anger and what those who want to achieve financial freedom should really be outraged about.

In less than two months, the Occupy Wall Street movement will celebrate its 6th birthday. You do remember the movement, don’t you?

It began on September 17, 2011, in Zuccotti Park, located in New York City’s Wall Street financial district. It received global attention and spawned the Occupy movement against economic inequality. It was inspired by anti-austerity protests in Spain. Nearly six years after the precipitous rise of Occupy Wall Street, the movement has all but disappeared.

This doesn’t surprise me.

I graduated from college in 1991. At the same time a global recession was occurring. The year before marked the end of the longest peacetime expansion in the history of the U.S. economy. Although the recession was mild compared to the Great Recession, the economy shed 1.6 million jobs during that time and unemployment continued to rise through June 1992.

The 1% and the 99% were alive and well back in the early nineties. I should know. I was part of the 99% back then. In the land of the haves and have-nots, I was in the have-nots…just like the Occupy protesters.

In spite of this, I starting looking for my first job in 1991. I was a poor kid when I entered college and I was even poorer when I graduated! I needed income. And out of all the places to find income, there was one place where I would have never looked for it…a handout.

You see, I knew that income wasn’t going to magically come find me in some dirty tent, playing kumbayah on a banjo. I knew that a better life wasn’t going to fall in my lap just by sitting on a street corner and chanting clever slogans. I also knew that going down to City Hall to drink coffee and play marbles until the TV station got there, to then display faux outrage after the camera was turned on…wasn’t going to help me either.

Which brings me to the point of today’s essay…

Outrage is everywhere today, over everything. We may live in the first period of human history where everybody feels that they are somehow being violated and victimized. Heck, in some universities you’re not even allowed to speak of the American Dream now.

Part of the problem here is that outrage has become addictive.

Some get a feeling of moral superiority over others when they’re outraged. They enjoy feeling as though they are on the right side of history and they have some meaningful moral crusade to fight. And in this sense, they derive a weird pleasure and satisfaction amongst their anger. Even as these moral battles upset them, they feed a growing sense of entitlement: the feeling that they deserve a better world that they’re not getting, that they are somehow better than the life that they have…and it makes them angry.

By nature, victims can’t solve their own problems because the mind can’t hold two competing thoughts. You can’t proclaim that you’re a victim and at the same time come up with a solution to your problems. And since the victim can’t solve their problems, they are left to complain and become outraged.

What’s interesting though, is that when a person finally realizes that their thoughts and actions create their own reality, they stop getting angry about perceived inequalities. Instead, they get angry for a different reason – because they realize that they’re holding mistaken beliefs about themselves as true and those beliefs manifest in such a way that they come face-to-face with what they’ve been trying to disown. Now, that’s something worthy of getting outraged about.

Here’s a few other things worthy of getting outraged about:

-There are more than 10 million households in the U.S now with $1 million or more in net worth. That’s the highest number of millionaires since tracking began. So many people are enjoying the good life while others choose to spend their time watching junk TV and complaining that the economy is rigged. That’s outrageous.

-The wealthy didn’t work just for money – they worked to gain their freedom. They wanted control over their time and got it. They invested to have the ability to go, do and say what they want without penalty. At the same time that so many have the freedom to do what they want, the average American works 50 weeks out of the year just to get “rewarded” with two weeks of time off. That’s outrageous.

-In America, 76 percent of people live paycheck to paycheck, some 50 percent of Americans have no money for retirement, and 47 percent of Americans don’t have even $400 for an emergency. If these statistics were about a poor country, there might be understanding. But America is one of the richest countries in the world. That’s outrageous.

-For many, getting rich seems to be a topic reserved for fantasies, movies, and drunken what-if games. Most have come to believe that becoming a millionaire is for lottery winners, athletes, rappers, and inventors and they complain that they are not one. But it’s not true. The real millionaires come from all walks of life. In fact, more than 80 percent of all millionaires today are self-made. For a person to think that they can’t make untold fortune in this country is outrageous.

Look, there are a lot of injustices in life worth protesting over. Child abuse. Racism. Religious intolerance. But sorry, someone not getting a free ride is not among them. We live in one of the most prosperous times ever recorded and it’s never been easier to get rich than right now.

As we near the 6th anniversary of the Occupy Wall Street movement, here’s my advice for those that are outraged that they don’t have what the 1% have:

Rather than have misplaced anger about what’s in someone else’s bank account, have strong opinions about your own bank account and where you want your life to go.

Rather than becoming angry about someone else’s status, become outraged that you’re not a millionaire yet.

Now, that’s something worthy of becoming outraged about. 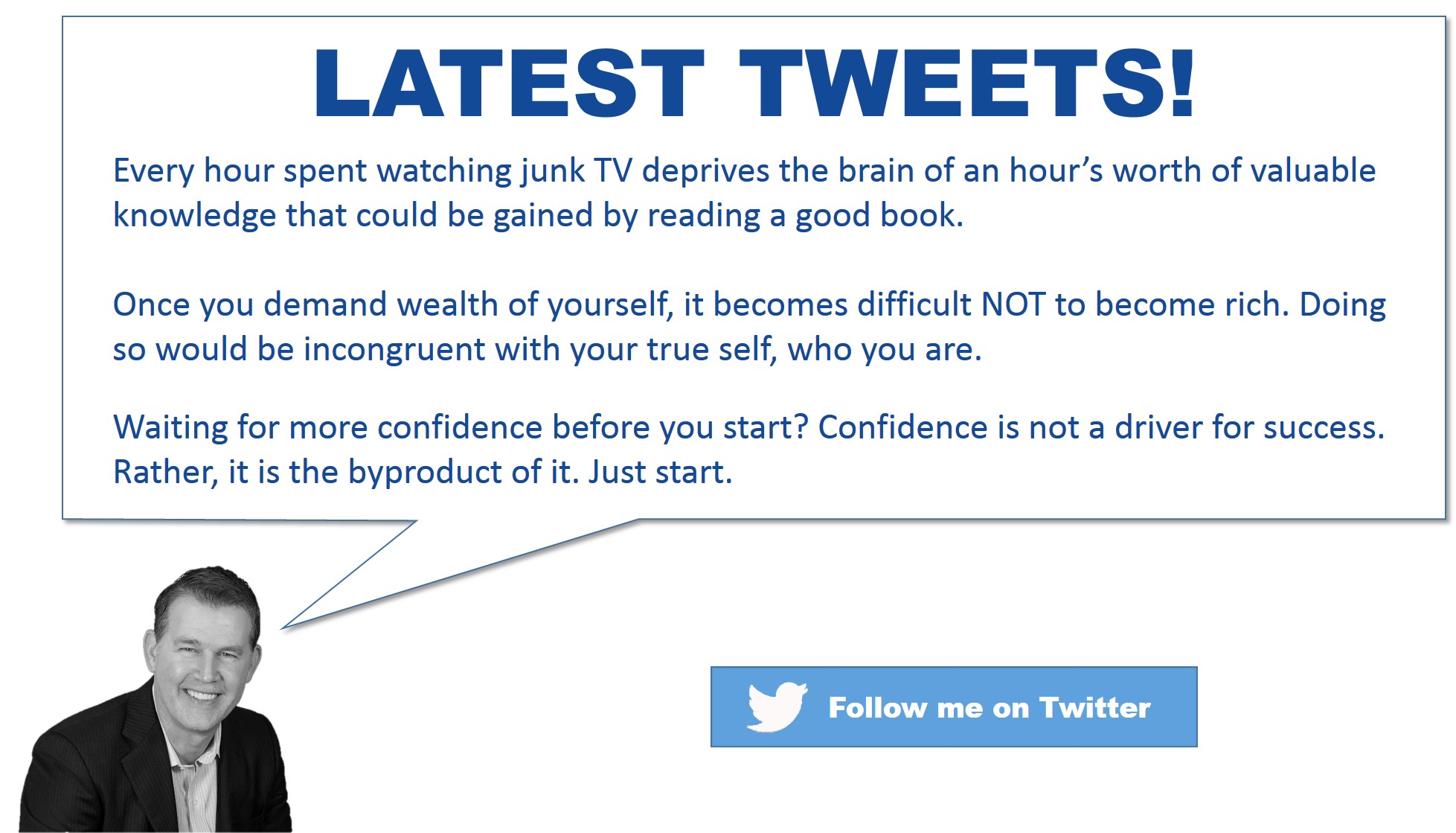 What’s The Most Valuable Asset You Own? I’ll Give You A Hint: It’s Not Your Money!