I grew up poor.

Neither of my parents finished high school, type of poor.

Three kids to a bedroom, type of poor.

We had very little.

But apart from the appearance of our house, you would not have known that we were poor.

We had very little, but we had a good time.

Growing up Tom Sawyer-style in the backwoods of Louisiana had its perks. Fishing. Swimming. Building forts in the woods and riding our bikes everywhere. Life was fun.

And it was fun for everyone in our small community.

And that’s because of this fact  – everyone was in the same boat. Nobody had any money.

Or so we thought.

It wasn’t long before the differences between us and others became noticeable. We didn’t have a pool in the backyard. We didn’t have cable television. We never ate at restaurants like other families.

Back then, there were three classes of wealth – poor, middle and rich.

Having three classifications made the differences between them less noticeable, but they were there nonetheless.

In today’s dual class system, the differences are stark. You’re either in the rich class or you’re not.

It’s difficult to watch those who still think there’s a middle class. In desperate attempts to appear like the rich, they rushed to buy McMansions, luxury automobiles and put their kids into private schools. All the while, they fell behind financially…

Call it what you like my friends, but the statistics above are of the poor.

And that’s the point of today’s essay – The vast majority of people in this country are not rich.

Why, in the land of greatest opportunity, are so many struggling?

For the answer, let’s go back to my childhood.

As I said, everyone in our small community was poor.

Today, we have the same situation but on a much larger scale. More people are alike financially (struggling) than ever before.

Studies have shown that when people feel more equal, they “feel” happier. It’s not until people are around others that earn more and have a higher social rank than they do, that they start to feel uneasy.

So, what do most people do in that situation?

They retreat back to a place where those comparisons cannot be made.

They run back to the habits, environments and relationships that are at the same level as they are. In their mind, it’s better to be equal to the other non-rich people and be “happy” than it is to dare to be different…even if that difference could lead to a life of their dreams. It’s easier to settle, and be with other “settlers” than it is to change. Misery loves company.

Which brings up the question…

Will you settle for less in life?

Studies show that two-thirds of Americans are unhappy. That’s an outrage. These people have settled for jobs they hate, settled for friends and family who consistently let them down and settled to remain in toxic marriages.

Look, life is just one big cost-benefit analysis; we make decisions by comparing the outcomes of different courses of actions. People that stay stuck in mediocrity have decided that the benefits of a better life just don’t outweigh the costs to obtain it.  It is the fundamental evaluation behind practically everyone who is stuck in mediocrity.

After 53 years on this planet, there’s one thing I know for sure  – you will get in life what you tolerate.

Friends, there is nothing worth the price of mediocrity. Absolutely nothing.

But you can’t just say you do want to be mediocre. That won’t cut it.

There’s a cyclone of bad habits, philosophies and ideas about money in this country that will suck you in, unless you do one thing…

Reject mediocrity in all its forms.

Don’t settle and join the masses, adrift on the financial seas.

Don’t settle like most everyone and muddle thru life.

Don’t settle for the status quo so that you can artificially “feel happy”, but unfulfilled.

You were not put here on this earth to barely squeak by and settle for a version of yourself that you hardly recognize.

Your life will rise only to the standard you set for it… not an inch more.

If you find yourself with the sensation that their has got to be more in life, then there is.

Make today the day that you decide to never, ever settle again. 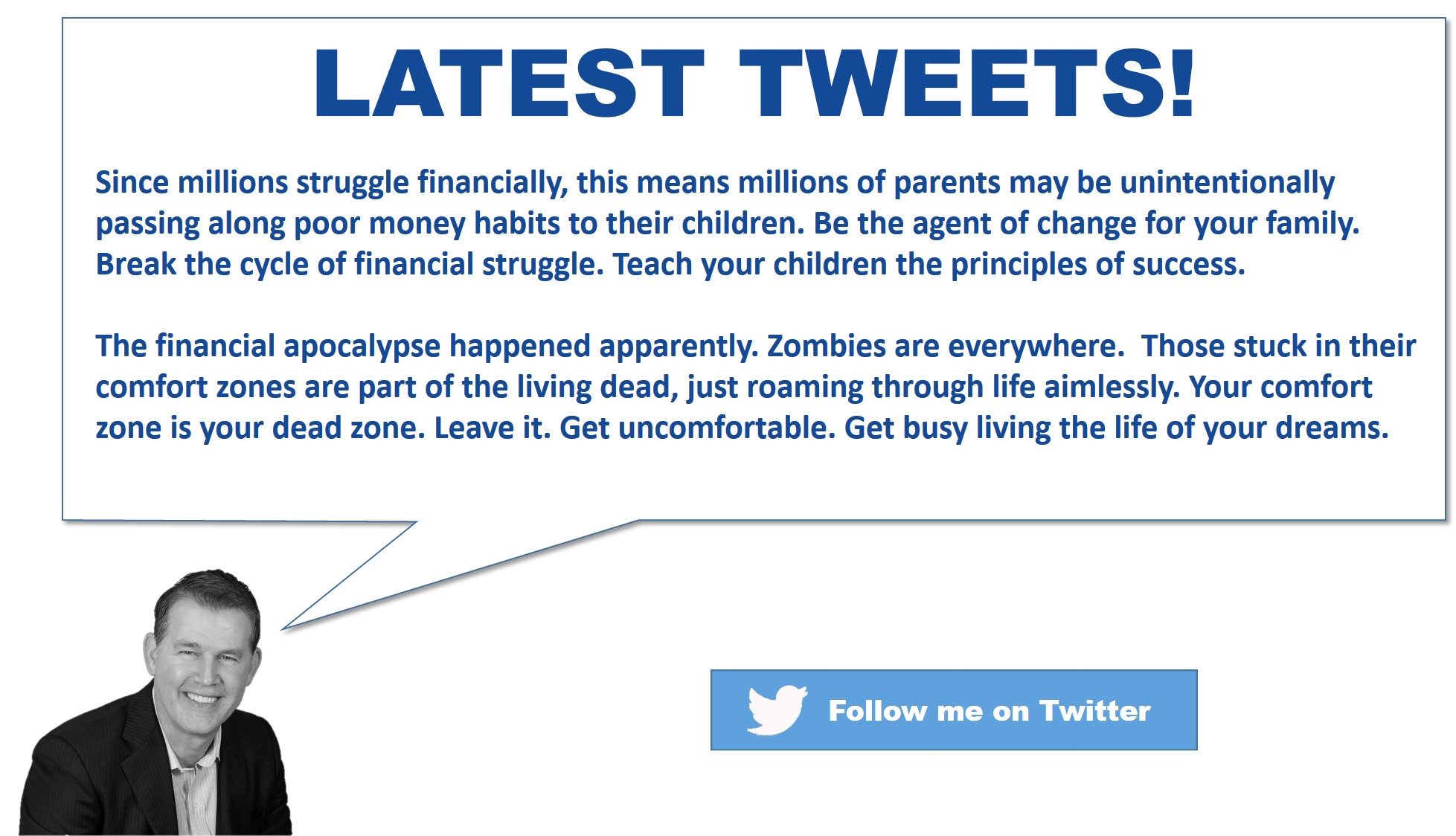 Which Really Comes First, The Money Or The Success? Most People Believe That It Is The…