If you’ve been feeling that you’re not getting ahead at your job, you’re right.

Americans love to believe that anyone can get ahead, that they can build a better life than their parents had, simply by working hard enough. The evidence suggests, however, that this is less and less the case.

Even though you may not feel like it is, your time is a commodity to everyone who might employ you. Take the 125,000 hours you might be able to sell in your life and multiply it by what you can sell them for on average (use constant dollars so as not to fool yourself with inflation), and there’s your total income. And whatever you can average, guess what, you’re probably not going to get rich this way.

To top it off, there’s an ugly calculus that happens if you are able to move up in an organization. Namely, whether you are just starting out and making $25,000 or at the top of your profession and making $250,000, you’ll probably have about the same $20,000 in discretionary income.

Hey, moving up the ladder requires looking and acting the part. You can work in the mailroom and still live at home with your parents but you don’t move into the executive suite without a country-club membership, fancy suits and car, and the kids need to be in the right schools… it’s damned hard to get money-ahead working for a living. And, let’s face it, wages and salaries have been painstakingly calibrated over long years to keep as high a percentage of workers as possible on the treadmill, neither too-well nor too-poor off.

So, what can you do?

Glad you asked. Here’s my advice…

The way to get ahead is by having investment capital and investing it. That’s exactly what I did. I knew that a 9-5 cage wasn’t going to make me rich. I knew that I needed to do something in addition to the daily grind to get ahead.

Now, many of you may be gasping for air. “Did he just say to save 20-30% of our take-home pay?” Yes sir, I said exactly that. Look, I could tell you what you want to hear by saying that extra money will just somehow appear, but that wouldn’t be the truth.

Chances are you’re already working 40+ hours a week, so getting another job is probably not the answer. So, it needs to come out of your existing pay.

Sit down this weekend and come-up with ways you can put 20-30% of your monthly income back. Yes, it will mean sacrifices, but achieving anything worthwhile does.

And if you can’t find a way to cut out 20-30% of your normal expenses, then you may need to look at cutting one or both of the two biggest expenses – your house and/or your car.

I once had a guy ask me how to get ahead financially. I ran thru the same investment capital conversation above with him and he told me that there was no way he could put back 20-30%. I asked him if he had ever thought about downsizing his house so that he could save the extra money that way. He nearly had a heart attack. I’ll never forget his reply…

What an idiot. Sorry, I know that sounds mean but if you’re a delicate little rose bud who cannot fathom any sort of sacrifice to become successful, then financial freedom is not for you. It’s better for a person like that to go back to their desk and put their little head down, so as to not be confused with someone who’s willing to hustle to get wealthy. I told him to come back and see me when he was serious about becoming becoming rich.

Look, at best a house is a place to live. At worse it’s a giant expense that needs to be constantly maintained. But that’s not the real point. The real point is this – if you’re not willing to make some sacrifices in your life, then you’ll most likely never get ahead. The secret to building wealth while simultaneously spending everything you make is still a secret.

So that’s step one – start to build investment capital.

Step two is to decide how you’re going to invest it while you’re still working at your day job. I find that people self-identify into one of three areas of making money on the side:

So, step two is all about deciding which one of the three ways to make money on the side that you most identify with. Always been intrigued with the stock market? You’ll probably self-identify with becoming a stock investor. Always liked the idea of starting your own company? You’ll probably self-identify with entrepreneurship. Everyone I meet that wants to get ahead in life falls into one of these three categories naturally. Which one you fall into doesn’t matter, as they’re all good vehicles for growing wealth. What is important is this…

That you become a student of that type of investing.

And by student, I mean that you decide to make a life-long commitment to learn everything you can about it. That you become the smartest gal/guy in the room about the subject.

You see, that’s the only way you’re really going to make money investing. There are ways to completely waste your time and money investing in stocks, real estate and starting your own company. There are also ways to make a fortune in any of these endeavors. What usually separates the successful from the failures, is how much either person is willing to learn and apply what he learns.

So, here’s my advice…

While you’re building your investment capital, go to the library and check-out the top 20 books on the style of investing you prefer. Read all 20 books before investing a single dime. That education alone will put you light years ahead of everyone else.

While you’re at it, read the top 10 books on success and self-improvement. This is what I call a “library MBA”.

There’s an old saying that if you’re at the poker table longer than 5 minutes and you can’t identify who the pasty is, it’s you. Don’t be the patsy at the investment table by taking an amateur approach to your investing education. I see too many people invest $10,000 into something with just one dollar’s worth of education about how to invest. These people usually wind up giving their money to the person who did invest in their education.

If you don’t want to be a mediocre (at best) investor, ground yourself in the fundamentals of the craft. Don’t try to be cool or a rockstar, just master those boring fundamentals. Know them better than anyone else. And, you will conquer in whatever investing niche you’re in.

And what should you do after you’ve built investment capital and have all that new found education? Well invest, of course!

Now, some of you may be thinking, “Is that it? That’s way too simple!” No that’s not it. Obviously if you’re going to build wealth thru investing, you have to be successful at investing. That’s where the “library MBA” education comes in. You’ll make mistakes. You’ll have setbacks. But you’ll also learn and grow along the way.

Step 1 is to build investment capital. These are the soldiers that will go to war for you.

Step 2 is to educate yourself so that you have a strategy to win the war with those soldiers.

Step 3 is to go to war against mediocrity.

Step 4 is to win the life you deserve, the financially free life. 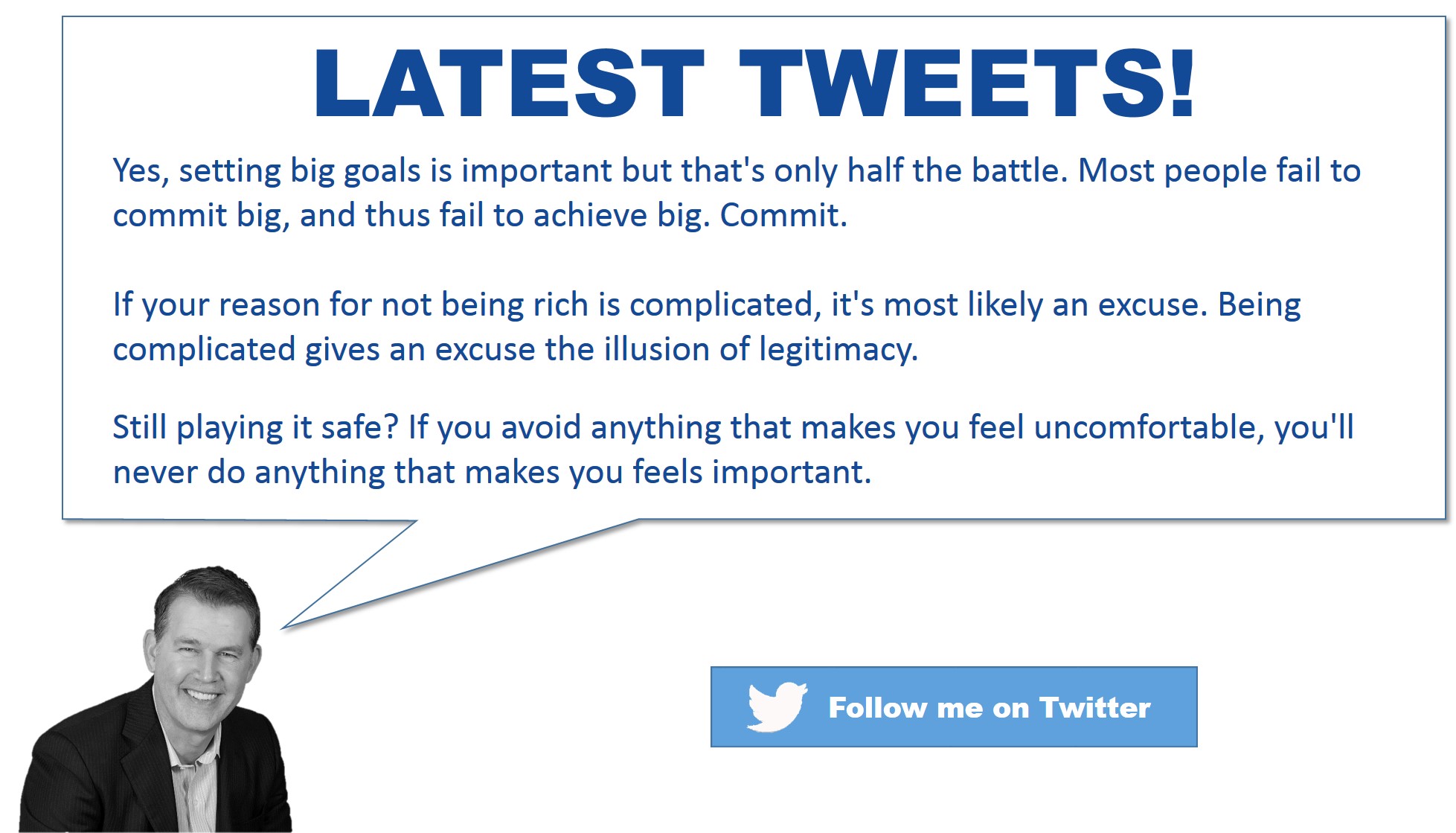 Will You Or Won’t You? 13 Unique Factors That Determine Whether You’ll Be Successful, Or Not!

How To Make Each Other Hot Between The Sheets: A Valentines Day Special Post.