That slang, but essentially true, phrase has found a permanent home in our lexicon. Indeed, some are just going to hate. No matter what happens – they’ll find a way.

But many have taken hate to entirely new level – they’ve made a job out of hating. And who better for these serial haters to hate, than some stranger that’s achieved more than they have – the successful!

Secretly hating the rich and successful has become very common. As the song says, people throw rocks at things that shine. However, I’d say most of the people who do throw rocks, are envious more than they are jealous.

And that’s good because…

Jealousy is much more ugly. It means you not only wish for the things another person has, but hate them for having them and wish they didn’t have them. I hope nobody reading this has that level of resentment.

But here’s the ironic thing about envy…

The basis for envy (wanting what another person has), may not actually be bad thing to feel; it can be a part of a person’s development of what those in the field of psychology describe as “self-evaluation,” in which we compare ourselves to others and compete with them.  We assess rank and status compared with others, and the theory goes that envy motivates us to achieve the same thing for ourselves.

Taken like this, envy can actually be a good thing! It can cause a person to improve themselves. It can cause them to grow.

But unfortunately many don’t take this turn. Rather, they take they turn back to their haunted house.

You see, when a person resents those who’ve achieved success, they’re actually being haunted by something…

Something they didn’t do in the past.

Whatever the reason, they chose not to do something that would have propelled them forward. And now they’re faced with the consequences that decision. And seeing someone successful brings those consequences to the surface.

You see, envy is like a line in the sand, daring a person to cross it. And make no mistake about it, envy of the successful is a line that many face over and over. But instead of crossing over it, they retreat back. And in doing so, they go back to their haunted lives of resentment.

Because resentment is easier than change.

Envy is so much less work than saving money. It’s way more convenient than learning how to invest and to practice self-improvement. It’s easier to hate than it is to make the sacrifices for success. In the end, it’s way more easier for many to just point a finger at their invented enemy, than it is to lift one for their own benefit.

And that’s just it…

As they saying goes, envy is a poison that the envious wishes the other person would take, but one that they themselves drink. It’s like a boomerang, thrown at an object but it always returns to the thrower.

Friends, if you’ve found yourself in the situation where you secretly envy the rich and successful, I have good news for you.

You can start doing the things that you’ve neglected doing for years, right now, right where you are. You don’t have to live in that haunted house of resentment any longer. You can cross over to the other side. When you do, your envy will fade. It will give way to a better emotion – emulation.

Here’s the other good news…

The vast majority of successful people in this country got to where they are the hard way – by their own hard work. They didn’t have a trust fund or a silver spoon in their mouth. They bootstrapped their way to success. There are scores of people who crossed over the resentment line years ago and went on to achieve great things.

By taking personal responsibility for your life.

You see, feelings of envy are the bedrock of victimhood. Victims always want a more egalitarian arrangement, so that one person doesn’t have more than them and make them feel bad. They think this is “unfair” and seek to either take the desired thing for themselves, or level the playing field.

But that philosophy has never worked. It just brings everyone around that person down to their level.

So, what does work?

A philosophy of duty. Of responsibility. One where you decide that you are the captain of your ship. Captains don’t have time or space in their lives for envy and jealousy. They’re too busy leading.

And that’s just it…

You can’t lead your life when you’re too busy looking around at what others have.

If you catch yourself being jealous of the successful, throw those feelings overboard. Remind yourself that you’re responsible for your life and that the feelings of envy are just wasted emotions. After all, just because someone has what you don’t, doesn’t mean you can’t have it too. As I often say, there’s no shortage of money in this world. Far from it. The only shortage I see is the number of people with the drive, determination and courage to go after it.

Make today the day you cross over that line. Foreclose on that haunted house of resentment. Build a new house for yourself. One of success. One of wealth. One of financial freedom. 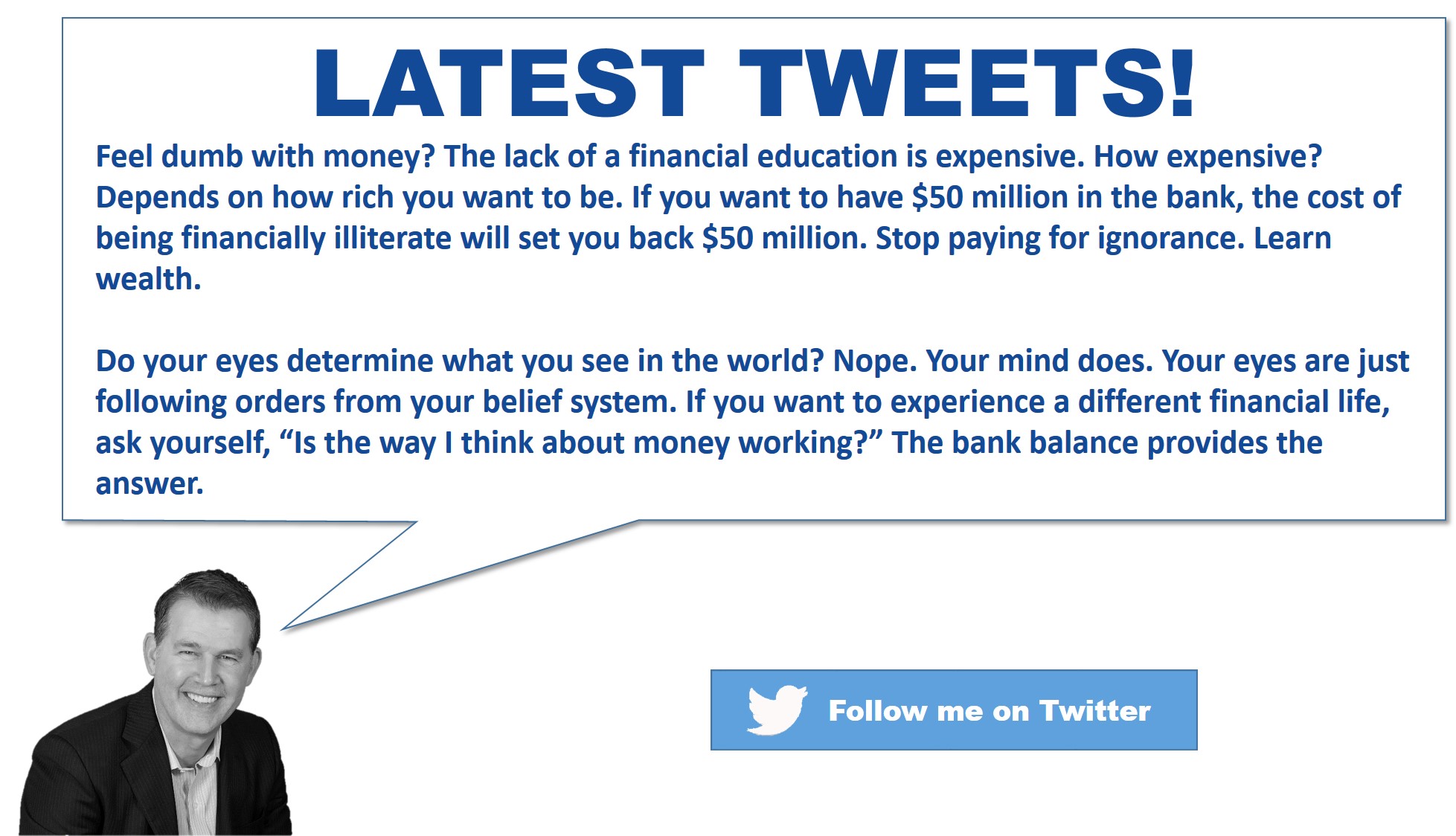 Is It Possible To Save Too Much For Retirement? The Answer Depends Entirely Upon This…

There Will Be (No) Blood. The Sad Story Of How Many Become Victims To Bloodless Robberies

Blaze A New Path, Or Just Keep Going Down The Same Path? What Would You Do In This Situation?