Love is blind they say. And this is never more true than when it comes to money.

But how do you keep from choosing a dubious financial partner while trying to find “the one”? It isn’t easy. A long-term relationship is a commitment that will be tested in the most vulnerable areas of the human spirit – a commitment that will force you to make some incredibly difficult choices about money. It’s a commitment that demands you deal with your envy, your greed, your pride, your past, your patience, your craving to control, your temper, and countless other temptations begging to be wedged between you and another.

Unfortunately, not everyone has the best relationship with money. And their personal relationships usually pay the price. Over the years, I’ve given financial advice to many a married couple who were suffering from various toxic money situations in their relationship. This has given me keen insight into the common money problems people have in relationships – the things they refuse to do – that ultimately creates toxicity between them and their significant other.

Below I have done my best to distill this insight into a few simple bullet points This is a quick look at some of the most prevalent things people in toxic money relationships refuse to do, and some good ideas on how to do things differently in your relationships. These are some things to consider before saying “I do”:

1. They refuse to make time to discuss finances – Let me tell you this – lack of attention to money, damages relationships far more often than any intentional abuse. There’s nothing more vital to the bond you share with someone than simply being present with them and carving out time for what’s important. Someone who won’t make time to discuss money now won’t do it in the future either. Let your future spouse know that money is important to you and it will always be important to you in your relationship.

2. They refuse to uphold the truth – Trust is the foundation of a relationship, and when trust is broken it takes time and a willingness on the part of both people involved to repair it and heal. All too often I’ll hear someone say something like, “I didn’t tell her about this purchase but I didn’t lie about it, either.” This statement is a contradiction, as omissions are lies. If you’re covering up your financial tracks in any way, it’s only a matter of time before the truth is revealed and trust in the relationship is broken. Speak the truth about your money past, no matter what the consequences. Being honest is the only way to be at peace with yourself and those you care about.

4. They refuse to tame their assumptions – Assumptions are the termites of healthy relationships. Period. Most people get their money “blueprint” from their parents, good or bad. This often leads to unhealthy assumptions about money and wealth. It’s best to validate assumptions honestly rather than relying on clichéd phrases (ex. “Rich people are greedy”). In your relationships, as in life, aim to “get it right” with money, not just “be right”.

5. They refuse to keep their egos in check – It’s perfectly OK to practice self-care as an individual, but whenever you say “I” and “my” too often with money, you lose the capacity to understand and respect the “we” and “our.” It’s about maintaining a healthy balance between the extremes. Remember, once you get married you’ll combine your finances and you’ll be a team. If it’s all about “you” and less about “us”, you’ll be dividing your team’s power in two. I’ve written before, that the situation where one manages the money in a relationship and the other is clueless about money, is a recipe for disaster in relationship. The most successful couples I know work as a team.

6. They refuse to communicate effectively – It’s hard work to communicate effectively and that’s why healthy relationships between people are often hard to find. Perhaps there’s something that really bothers you about whom you’re dating now with regards to money. Why aren’t you saying something? Are you afraid they’ll get upset? Maybe they will and maybe they won’t. Either way you need to deal with it upfront, constructively, and avoid burying it until it worsens, festers and explodes. Also, be sure to communicate more than just problems – communicate the good things too. Share what you appreciate about them and their finances. I see more money problems in marriages arise simply because the couple refuses to communicate about a money problem, thinking it will start a fight. Remember this – ignoring money problems doesn’t make them go away, it just makes them worse.

7. They refuse to be the best version of themselves –Relationships don’t create joy, they reflect it. Joy comes from within. Relationships are simply mirrors of the combined joy that two people have as individuals. What you see in the mirror is what you see in your relationships. If your terrible with money, you’re bringing that bad baggage into your relationship. Period. I often hear this phrase – “I’ll get better with money once I’m married”. That’s horse manure. Strive today to be your very best with money, not just for your future spouse, but for you. Strive to be the best version of yourself. Take a piece of paper and right down all the good qualities about managing money that you would like to see in a future spouse. Then, take the most important next step – get busy becoming that person! The cute idea that opposites attract may work in some situations but not with money.

Studies show that when individuals feel that their spouse doesn’t handle money well, they report lower levels of marital happiness. In fact, one study showed that feeling like your partner spent money foolishly increased the likelihood of divorce by 45% for both men and women. Only extramarital affairs and alcohol or drug abuse were stronger predictors that a relationship was headed for splitsville!

After reading these signs, if you’re tempted to say, “Oh, but my honey bunny isn’t really like that…,” call some your closest friends and discuss. One sign alone doesn’t mean your relationship is in jeopardy but several signs might indicate there’s trouble brewing.

That’s why it’s important to gauge your partner’s financial intelligence before you put a ring on it. Fortunately, there are some red flags you can see a mile away if you’re actively looking for them. Address them now and you’ll go onto marital bliss! 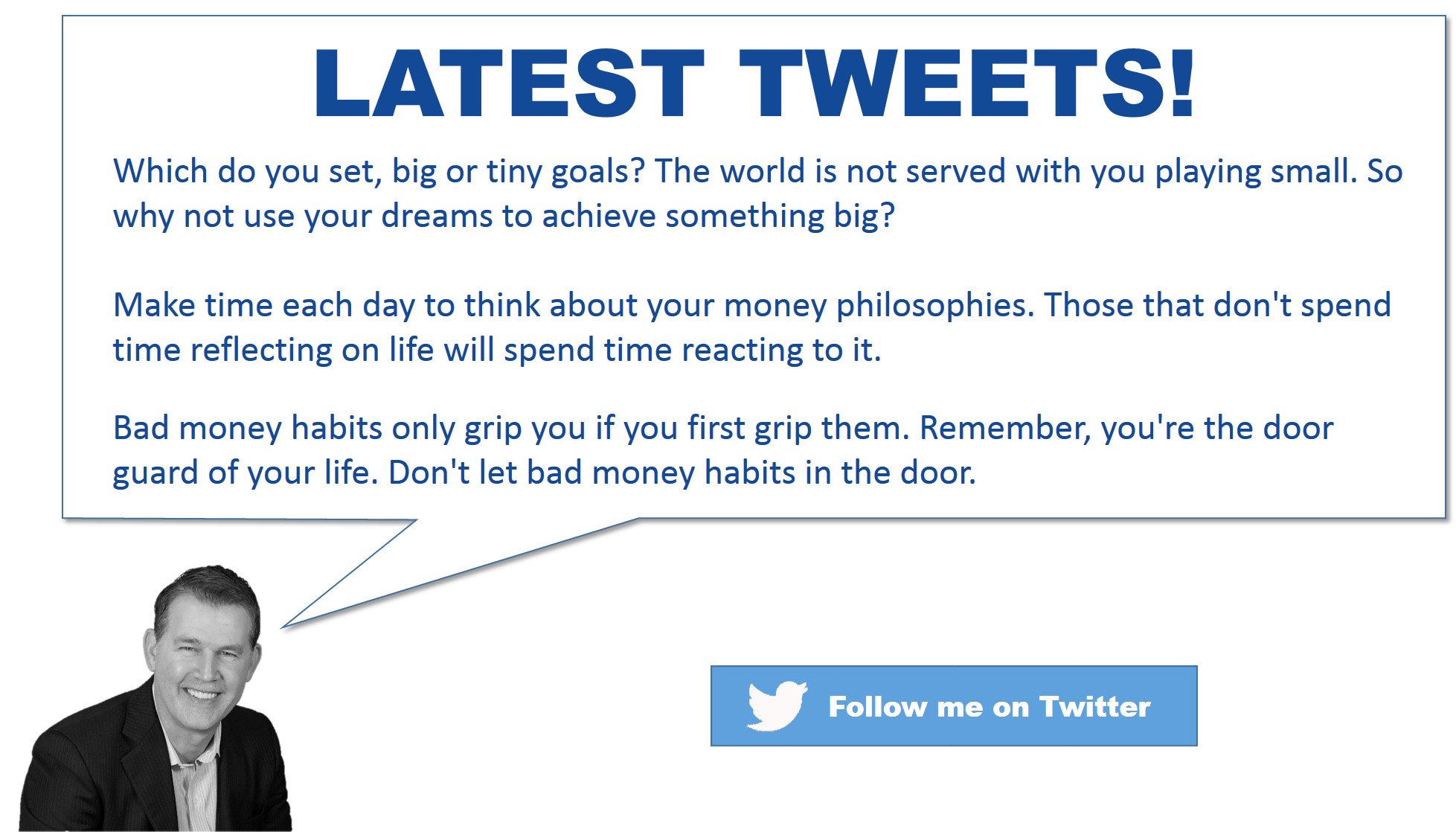 Your Brain Is Pre-Wired For Mediocrity. Here’s How To Fix That! Includes BONUS Podcast!