It’s well known that red wine in moderation helps protect against heart disease, but does that mean drinking a lot of wine is a good thing? Of course not. And so it goes with some of the recent headlines about bank balances growing in America. This sounds good on the surface, but looks can be deceiving.

Americans are holding more cash in their bank accounts than they have at any other point over the last two decades. The average checking account balance reached $5,459 recently, more than double the average balance of $2,100 seen over the last 25 years, according to a report from Moebs Services.

Why the big change in bank balances all of sudden? What’s happening here?

Americans are keeping more money in their checking accounts because of one reason – they’re scared. I’ll say that again. Americans are scared.

The big change in bank balances started in 2010, when average balances almost doubled from the prior year. It’s no coincidence that bank balances started to change drastically in 2010, as the U.S. at that time, was in the throws of the largest, deepest recession since the Great Depression. The Great Recession was the closest thing to a real collapse the world has ever seen. America was on life support and people panicked. And today, people are still in something of a panic.

Which brings me to today’s subject – making money and life decisions based on emotion, not logic. I’ll address this topic from two different angles – the financial angle and then the psychological angle.

Some of you may be wondering “What’s the problem with bank balances growing?” Hasn’t Monty said many times that saving money is key to achieving financial freedom?

But look closely at that first paragraph again. American’s checking balances are growing, not their saving accounts. Prior to 2008, the average American held less than $800 in their checking account. Times were good, optimism was high and therefore people were spending money. If you’re thinking ahead, you’ve probably figured-out what will most likely happen in the near future as America’s economy continues to improve.

That’s right. Americans will go back to spending and that average checking balance will probably revert back to the mean of $2,000. And the great transference of money, from the poor and middle class to the rich, will happen again. Just like it has for hundreds of years.

I make this point because of this reason – to have a different financial status than the one you have now, requires a different way of thinking than the thinking you have now. Had the average American employed a wealth building mindset during the Great Recession, adding money to their checking account would have been the last thing they would have done. You see, back in 2008-2010, almost every asset class (stocks, real estate, etc…) were on sale, at unheard of prices.

Rather than hording money, Americans should have been spending money, shopping for income-producing assets that would have grown their net worth. But most didn’t. Most just adopted the herd mentality and embraced fear. And many have decided to permanently embrace fear.

Report after report are showing that an increasing number of Americans feel that investing isn’t the way for them to achieve their retirement goals. This is especially true for millennials, who really seem to have a jilted attitude towards stock investing.

I have news for people who think like this – you will not get rich holding your money in a checking account. Today, people who do this feel comfortable. They shouldn’t. They have opted for a terrible long-term asset, one that pays virtually nothing and is certain to depreciate in value. Indeed, the policies that our government has used to end the Great Recession will probably prove inflationary over time and therefore contribute to declines in the real value of those cash accounts.

Stocks have always outperformed cash and they will almost certainly do it again in the future. In investing, it’s best to heed Wayne Gretzky’s advice: “I skate to where the puck is going to be, not to where it has been.”

Which brings me to the psychological angle.

On the contrary, people who live in fear hope that change abates; they hope that things stop changing.

I have news for these people too – change is always happening anyway, with you or without you. So, the best life philosophy is not to deny change, but to accept it as an undeniable truth of reality.

And once you direct change, nothing can stop you. 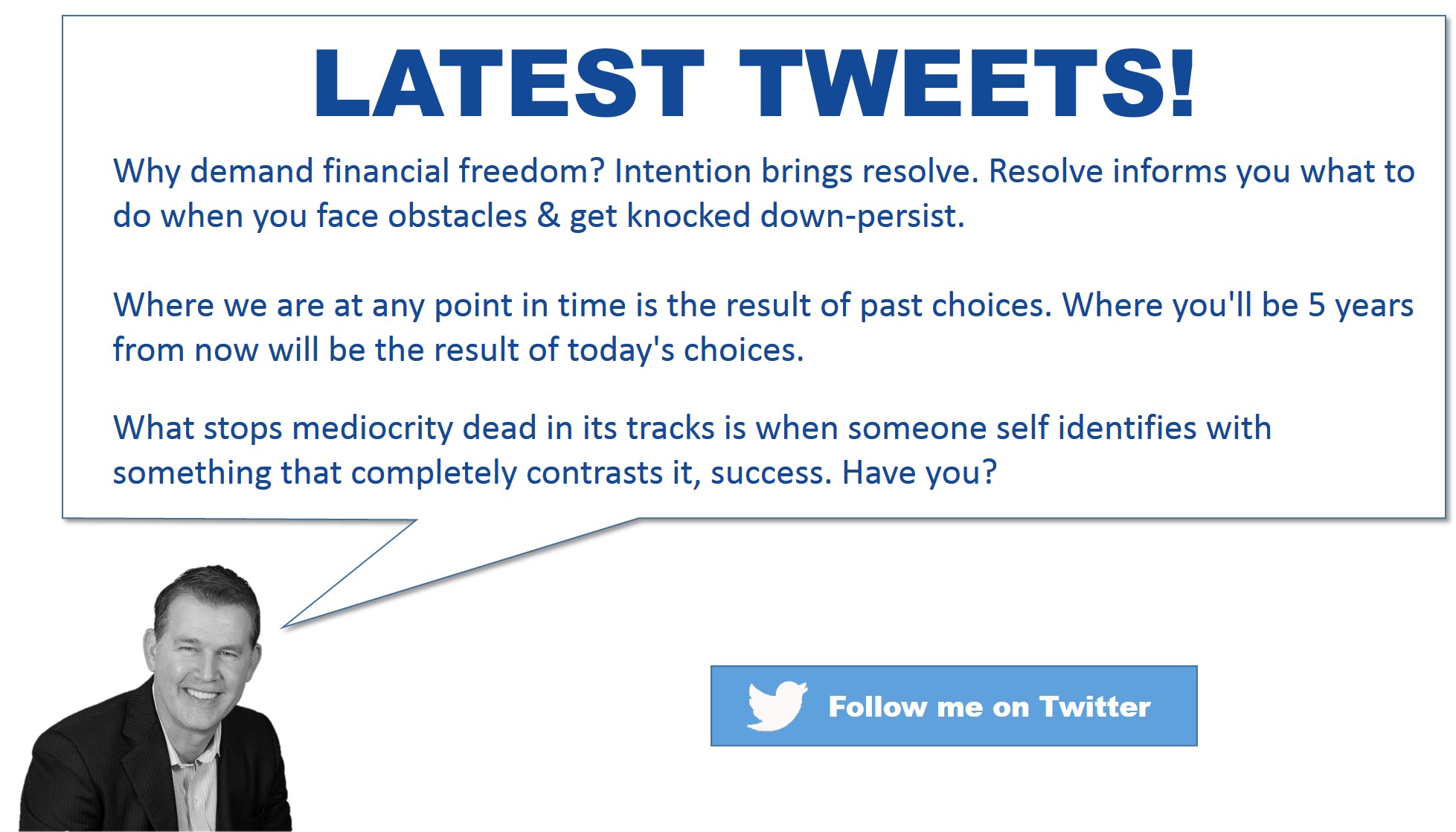 The Stock Market Is About To Have Its Most Volatile December Since 2008…And I Couldn’t Care Less!

Not Financially Free Yet? This Very Simple, But Profound, Thing Could Be The Reason Why!

How To Have “The” Money Talk. Getting Your Financially Negligent Spouse On The Money Wagon!