Starting down the road to success is, by its very nature, a challenging endeavor, and achieving financial success under any circumstances is a great accomplishment. But some people have had more obstacles to overcome than others. Some defy incredible personal odds — including serious depression, extreme injuries, homelessness and even blindness — to become successful.

Consider Charlie Munger, Warren Buffett’s right-hand man and one of the richest people on the planet…

When Charlie was 29 years old he and his wife divorced.  He had been married since he was 21.  Charlie lost everything in the divorce, his wife kept the family home and Munger moved into “dreadful” conditions at the University Club.

Shortly after the divorce, Charlie learned that his son, Teddy, had leukemia. Rick Guerin, Charlie’s friend, said Munger would go into the hospital, hold his young son, and then walk the streets of Pasadena crying.

One year after the diagnosis, in 1955, Teddy Munger died.  Charlie was 31 years old, divorced, broke, and burying his 9 year old son.  Later in life, he faced a horrific operation that left him blind in one eye with pain so terrible that he eventually had his eye removed.

But, by the time he was 69 years old, he had become one of the richest people in the world, been married to his second wife for 35+ years, had eight wonderful children, countless grandchildren, and become one of the most respected business thinkers in history.

Closer to home, consider the case of Liyjon DeSilva.

DeSilva was a homeless teenager sleeping his nights on Houston’s streets. His mother passed away when he was five and he bounced around with other family members, until his family abandoned him.

But sleeping in parks and parking lots didn’t deter him. For three years, he managed on his own and still got up and went to school every day. All the while, keeping his situation a secret. DeSilva never gave up. Instead, he went on to graduate high school among the top of his class with a 3.67 GPA. He also won a full scholarship to Carleton College in Northfield, Minnesota.

I bring these examples up today, to see if you can relate? Maybe you are struggling to get ahead. Maybe you are at the bottom of the mountain and success looks a million miles away. Maybe you just don’t think success will ever happen for you.

Many successful individuals, especially those who suffered personal tragedies or lost their jobs or businesses, once felt defeated and wanted to quit their dreams too. But they didn’t quit.

They didn’t give up, they didn’t give in —they just got back up and started rebuilding their life as quickly as possible. Like Charlie and Liyjon, their success story is a Cinderella story. One of overcoming the odds.

And just like Cinderella, success has a wicked step-sister – failure. But the worst part of failure is not accepting it.

Instead of calmly accepting failure and picking themselves right back up, some avoid it like the plague. Failure becomes the enemy. It represents the gap between where they are and where they want to be. But just as Cinderella wouldn’t have been invited to the ball without her wicked stepsisters, success can’t be achieved without failure. Instead of doing everything possible to avoid failure and to defend ourselves against it, we can change our mindsets to expect failure and learn to see it as a welcome opportunity to go to the ball.

It was very early on in my life that I had to come across hurdles. It was “sink or swim”, and sinking wasn’t an option. What kept me going was an inner drive, an inner hunger to prove to myself and others that anything is possible. Yes, there came many obstacles, but I never stopped. I always found a way to move around the obstacle. I kept overcoming obstacles until I became wealthy. Instead of waiting for a fairy god-mother, I created my own Cinderella story.

And you can too.

Look, we don’t need a fairy godmother to magically transform us; we have the powerful tools within us to make a beautiful transformation. Achieving wealth and success has never been more achievable than right now. You have all you need today to become the man or woman you have always dreamed of becoming.

Deciding to take the step beyond temporary failures is a step in the right direction of making a real and lifelong positive change. Although no one may ever wave a wand at you and transform you temporarily into the prince or princess you long to be, the good news is that you can bring about those results and make lasting changes in your life.

The habit of overcoming obstacles not only takes you to your desired goal but inspires you to greater heights. As a result, you also experience the self confidence that comes from setting a goal and working hard to achieve it, living your own Cinderella story and attaining your own happy ending.

Fairy tales do happen, but not as a result of mythical magic characters. Rather, by determining to take your destiny into your own hands and putting in the time and effort, you can make all of your dreams come true.

Remember, Bill Gates’ first business failed. Albert Einstein didn’t speak until he was 4 years old. Jim Carrey used to be homeless. Benjamin Franklin dropped out of school at age 10. And Stephen King’s first novel was rejected a total of 30 times!

Rarely, a dream or goal comes true easily and effortlessly, without delays, problems or hurdles. It is far more common, however, that you have to overcome many obstacles and suffer some pain before achieving any meaningful target.

And the bigger your dreams, the tougher your challenge, the more ambitious your goals, the more likely it is that you will face difficulties on your way towards it.

When this happens, what will you do? Will you just give up? Or will you persist and struggle and succeed?

If you’re having a bad day, take your right hand and put it across your heart. If it’s still beating, then be grateful and go make your dreams happen. Become the Cinderella success story that you know is inside you. 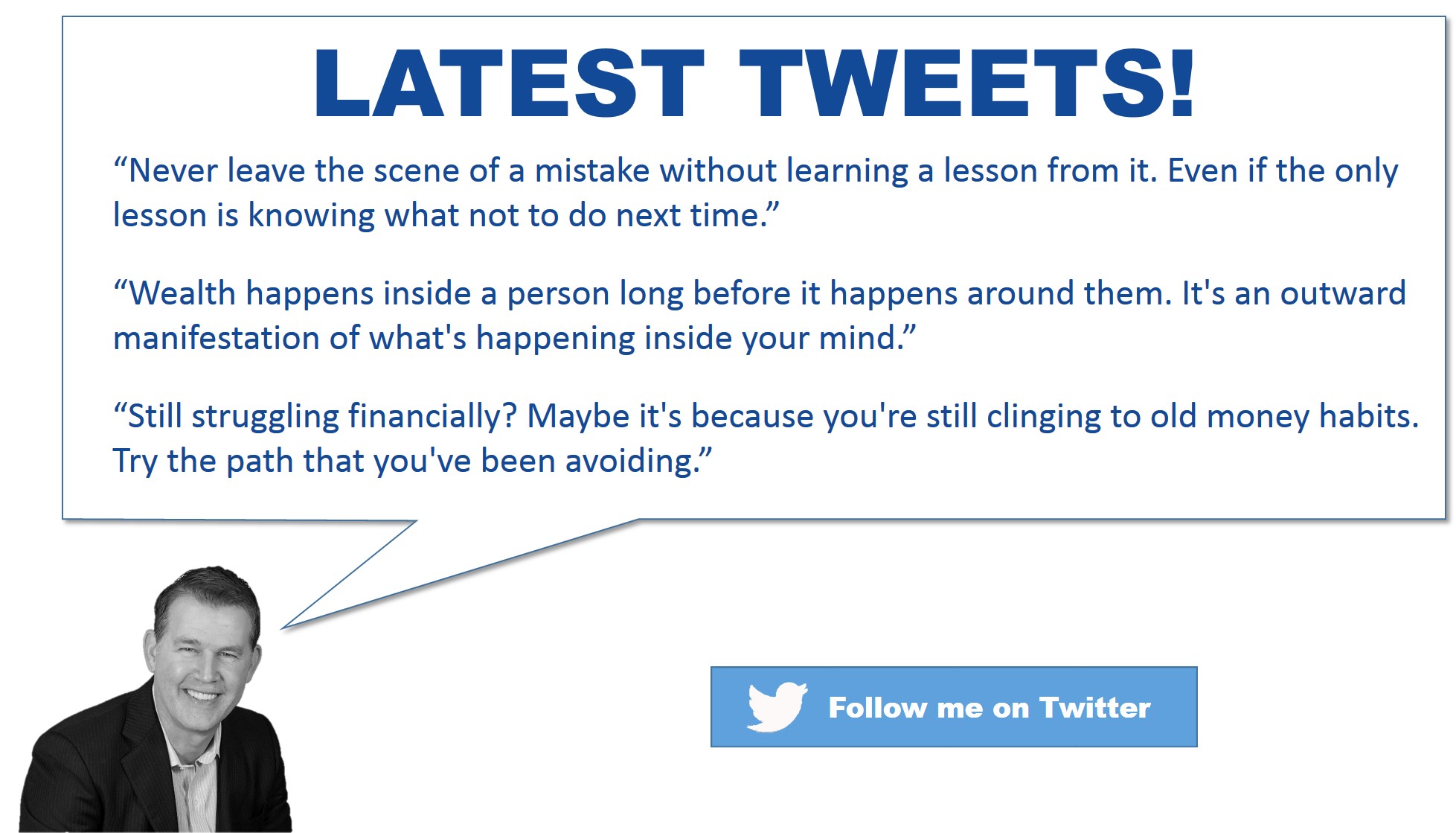 Will You Take The Financial Freedom Pledge? The Other Declaration Of Independence.

Will You Break The Law, Just To Be Financially Free?