According to some new surveys, Americans are more anxious about money than ever before.

A wellness survey by Stanford University and Fidelity Investments of more than 9,000 employees of companies around the country found 42 percent fell into the “unwell” category with their finances, with only job-related stress ranked higher.

Sixty-seven percent of Americans say they are somewhat or even extremely anxious over the state of their finances, according to a survey by the American Psychiatric Association.

Those are incredible statistics at a time when this country is experiencing very low unemployment and a healthy economy, not to mention it’s minting more new millionaires than ever before.

Unlike in recessions and depressions though, it isn’t hard times that’s keeping most Americans from living the life they should.

You see, what’s ailing most Americans are illnesses that are self-inflicted.
That’s right. They’re doing it to themselves. If they want to meet the enemy, they just need to look in the mirror.

So, what’s happening here? How, in these booming economic times, can so many be struggling?

The first is apathy.

The opposite of love isn’t hate, it’s indifference. Same goes with financial success. The opposite of wealth is not being poor. It’s simply not giving a damn.

There’s an old story about a farmer’s dog crying because there was a nail sticking into his side on the porch where he lay. When a passerby asked the farmer why the dog didn’t just get up and move, to relieve himself, the farmer’s answer was telling – “He just doesn’t care enough about it to move”.

And so it is with the majority of Americans. They’re in financial pain but just don’t care enough to do anything about it.

Just Sit There And Take It?

I have a question for you…

Do you support the idea of something being stolen from you? Would you just sit idly by as something important was taken from you?

Apparently most people in this country would just accept this crime.

You see, when you lack money you lack choices, decisions are literally stolen away from you – how to live your life, who you spend it with, where you live and what you do.

Friends, it’s very easy to be comfortable in this country. We enjoy modern day conveniences that even our richest forefathers could only dream about. But those conveniences can also suck the motivation out of a person – sloth, social media binging and watching endless television. It’s it any wonder that Americans are also eating too much and gaining weight at a record pace?

The Antidote For Apathy

Don’t let indifference steal the good life away from you. There’s an antidote for apathy. It’s enthusiasm. Enthusiasm is unlocked by an ideal and put into motion by a plan. Envision financial freedom and all its many benefits. That’s the ideal. Now use it to spark enthusiasm for a good life. Then, put in place a plan that will carry you there. Don’t complain. Don’t wallow. There are enthusiasm thieves out there and they love nothing more than a complainer. Be motivated. Be busy. And most importantly, be the opposite of the apathetic mediocre majority.

The second thing is a lack of discipline. Guess where this comes from? You got it – apathy.

When you don’t care about the future, you’ll embrace the mantra of the average – YOLO. A lack of discipline is the glue that binds losers together. It causes them to sabotage their future by buying more house than they can afford, the big boat that they rarely use, matching BMWs and gold-plated dog collars.

When it comes to discipline, so many avail themselves of junk science. They think that discipline is something you’re either born with or not, like height. And they quickly surmise that they weren’t born with the “special juice” of discipline, therefore they can just let go of the reins of their financial life.

Let me repeat that – the secret to having discipline is that there isn’t a secret. It’s just you putting down the phone, turning the TV off and beginning. It’s just you telling yourself “Enough!” and starting to do the work required of success.

And that requires … motivation. Without motivation, you won’t be able to force yourself to do anything. So motivation is the key concept — and this is something that’s real, that you can actually learn how to do.

It’s hard to push yourself — to have discipline — when you hate doing something. So find something enjoyable about working to achieve financial freedom. Set a goal for growing your net worth. Make a game out of how much money you can save and how big your bank balance is growing. Focus on the enjoyment that you’re getting closer every day to the life you must have.

Friends, get motivated about leaving the rat race, about escaping 2 hour daily commute hell, about saying take “this job and shove it” to a toxic boss and even more toxic co-workers. Let the sheer disgust for this type of environment make you want to vomit. Reject it at your core being and you’ll be motivated plenty, trust me.

In closing, if you’ve let apathy and a lack of discipline take you off track financially, here’s my advice : Forgive yourself, and get back in the saddle ASAP. The longer you’re off your financial game, the harder it is to keep going in a positive direction. Know that to be the opposite of most people, you must do the opposite of most people. Don’t be a victim of a mediocre life. Go get the life you must have – the financially free life. 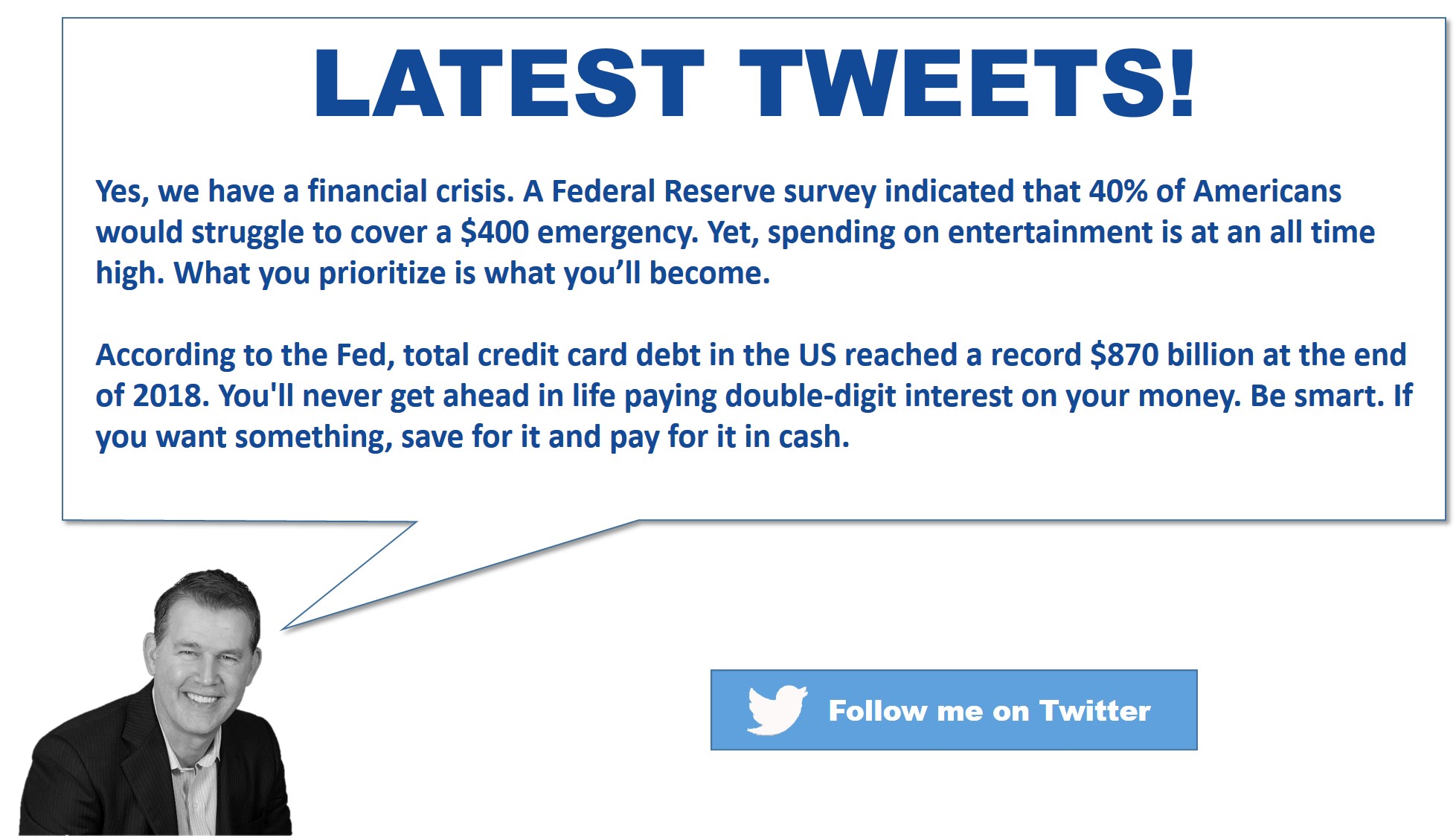 Be A Student, Not A Disciple. The Very Best Advice? It’s To Be Able To Get Advice From…

Is It Possible To Save Too Much For Retirement? The Answer Depends Entirely Upon This…