I am a firm believer in the idea that success doesn’t happen to you, you happen to it. I learned this to be true when I decided to be financially free – something that had not been done before in my family. As I began this journey, many people were skeptical of my idea to be wealthy. I heard a lot of “no’s” and had countless people tell me that a poor kid from Louisiana couldn’t do it.

Many people are interested in learning the habits of successful people. These are worthwhile endeavors as success leaves tracks. However, too much focus on just the activity of learning can lead to an unhelpful habit – becoming a professional student.

But still not moving ahead.

One of my favorite quotes is from William Blake. It’s this – “I must create a system, or be enslaved by another man’s. I will not reason and compare: my business is to create.”

One thing is for sure – you won’t achieve success just by sitting there and just absorbing knowledge. Success is always connected with taking action. People who are successful are not the ones who first know it all and then take action. They are the ones who gain some knowledge and then start. They do this because of this fact – opportunities don’t happen, you create them. In other words, success meets you out in the field, doing the work.

There are those among us who dare to do more. Sometimes they win, and sometimes they come up short but what they really doing is creating — the striving to do better that’s needed to accomplish great things.

In contrast, most adults play it safe — standing on the sidelines watching others create. As such, they’ll never know neither victory nor defeat — they only know how to comment on others creating the life they wish they had. They engage in the antithesis of Blake’s quote – reasoning and comparing.

The Man In The Arena

Friends, your business is to create the success you must have. At the heart of every successful person is a creator. What matters is what you do. Not what you say you will do tomorrow, not what you thought about doing yesterday, not what you might do one day when it is more convenient–but what you do today.

On April 23, 1910, Theodore Roosevelt gave what would become one of the most widely quoted speeches of his career. Roosevelt delivered a speech called “Citizenship in a Republic,” which, among some, would come to be known as “The Man in the Arena,” he said:

“It is not the critic who counts; not the man who points out how the strong man stumbles, or where the doer of deeds could have done them better. The credit belongs to the man who is actually in the arena, whose face is marred by dust and sweat and blood; who strives valiantly; who errs, who comes short again and again, because there is no effort without error and shortcoming; but who does actually strive to do the deeds; who knows great enthusiasms, the great devotions; who spends himself in a worthy cause; who at the best knows in the end the triumph of high achievement, and who at the worst, if he fails, at least fails while daring greatly, so that his place shall never be with those cold and timid souls who neither know victory nor defeat.”

Roosevelt believed that a man should not be judged by what he achieved, but by what he did. The process was what mattered. To Roosevelt, courage was the virtue that enabled men to try and struggle.

Courage requires personal sacrifice. It demands that you take the risk of failing. It calls for skin in the game.

Be The Main Character In Your Life

It’s far simpler to sit on the sidelines. To criticize and sneer at those who have the audacity to take the leap across the chasm. But there’s no meaning or fulfillment in this. No statue has ever been erected in honor of a critic.

Each day, a person has a chance to take the step from someone who watches others, to the main character. From passive observer to the author of their own story.

More than anything it’s a step in mindset. A change in thinking that ripples across their whole world. A ripple that transforms the way you think, the way you act and the way you show up in the world.

If you want to win, you have to show up.

You have to be the man in the arena.

You have a choice today to create or not to create. If you want to be wealthy, then you must create that success. That’s your business. The business of financial freedom. 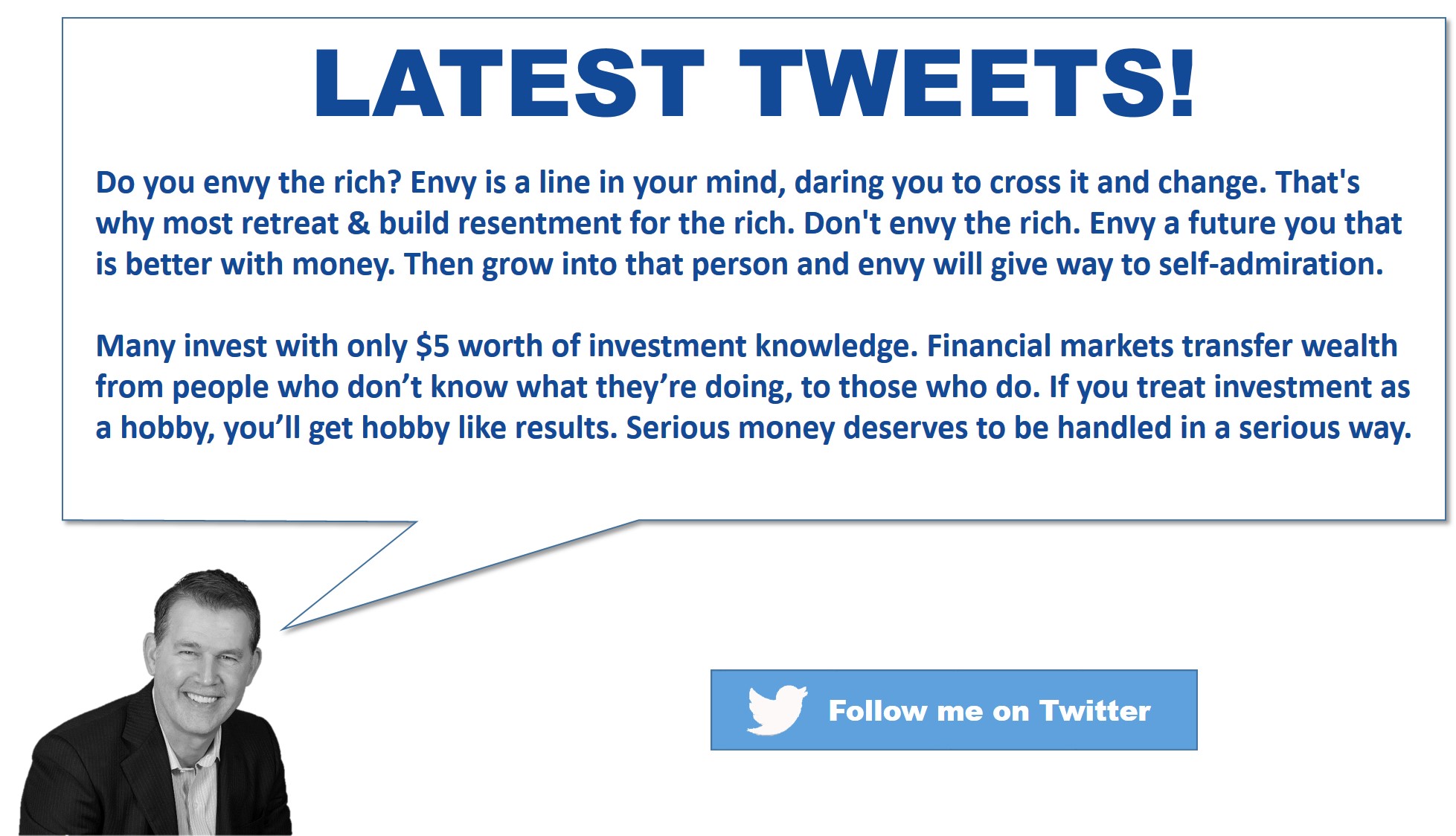 Expenses Are Still Not The Source Of Money Problems. It Always Has Been, And Will Be, This..

How Will The Longest Bull Market In History End? The Answer May Not Be Quite What You Think!