Wow, what a strange month September has been! First the multiple hurricanes in the Gulf of Mexico and in the Atlantic, and then the earthquakes in Mexico. It has been incredible to say the least.

What’s been interesting to watch during all of these events are the fluctuations in Berkshire Hathaway’s stock. Before we get to that, let me back up for a moment…

For those that don’t know, Berkshire is one of the largest reinsurer’s in the world, meaning they insure the insurance companies. A reinsurer helps ensure that insurance companies can remain solvent (financially viable), particularly after a major disaster such as a major hurricane, because the risks and costs are spread out. In essence, they shift some of the risk to another insurer. In regard to Berkshire Hathaway, Buffett believes the two major risks in the area of catastrophe insurance are a hurricane and a massive earthquake. Rather than calculating rates based on experience, as many insurers do, Berkshire Hathaway determines catastrophic insurance premiums based on exposure. Premiums for “supercat” insurance are understandably high, and reinsurance premiums required are typically higher than estimates of actual reasonably expected losses.

Now back to Berkshire’s stock…

As the hurricanes were pounding Texas, Florida and the Caribbean, Berkshire’s stock traded down. This was no doubt a function of speculators surmising that Berkshire would have to pay out large sums in subsequent insurance claims from these events. And they will.

But if there’s one thing speculators are never accused of, it’s been far-sighted!

You see, what most speculators probably don’t know is that Berkshire’s profits actually increase in subsequent years after paying out large claims as the result of catastrophic events. How’s that, you say?

Buffet’s no dummy. It’s common practice in the insurance business to raise premiums after paying-out claims. And the reinsurance business is no exception. In these types of events, Berkshire just raises the price of insurance and begins the process of recovering what they’ve paid out. Ta-da!

And there’s also this…Buffett has equipped Berkshire with what I call contrarian assets. Let me explain.

Thru Berkshire, Buffet owns, either in total or in large amounts of stock, many companies that directly benefit from super catastrophes. Companies like Nebraska Furniture Mart, Shaw carpet, Benjamin Moore paint and USG (drywall) just to name a few.

If you’re playing along at home a few lights just went off.

That’s right, after the flood waters recede and damaging winds die down, homeowners need to replace furniture, rip-up and install new carpet and gut and replace walls. They need to repaint as well. And what if those homeowners decide to pick up sticks and just relocate? No problem, Berkshire owns the second largest real estate brokerage company in the country, HomeServices America.

And that’s not all…

We also know what about flooding? That cars get flooded. Flooded cars need to be replaced, right? In early 2015, Berkshire Hathaway concluded the acquisition of Van Tuyl Group, the nation’s largest privately owned automotive dealership group, consisting of 81 dealerships (now 85) and 100 automotive franchises in 10 states.

That’s right, Berkshire stands to get it’s unfair share of the home remodeling, home purchases and automobile purchases market right after these types of events occur. In short, Berkshire pays out during a catastrophe but also gains new business at the same time, therefore negating the effect of paying out claims! And that’s exactly how Buffett has arranged things, so that Berkshire’s wealth is protected during a catastrophic event. Remember Buffett’s first rule – never lose money.

And what’s good for Berkshire is good for our own wealth. With that said, let’s take a couple of quick lessons from Buffett on how to build disaster-proof wealth:

Protect your assets with insurance. This sounds straightforward I know, but I can’t tell you how many stories I heard after hurricane Harvey about Houston residents not having homeowners and flood insurance. Just to be clear here, I’m not talking about the very poor who cannot afford insurance. I’m talking about middle-class families living in middle-class communities who decided to risk not adequately insuring their most expensive asset.  I’m sorry to be so blunt, but this is negligence. As I like to say, if you’re going to have the big-boy things like a nice house, boat and fancy cars you have to protect them like a big boy as well. Put another way, if you cannot afford to insure it, you can’t afford it. Folks that play a game of chance by not insuring their major assets must be bad at math. A one in a million chance of something happening does not equate to it never happening. In fact, something with a one in a million chance of happening literally means that it will happen, once there’s been a million occurrences. Hurricane Harvey has been called an 800 year flood. Many Houston homes that never flooded in past hurricanes (and they’re have been many), flooded during Harvey. Don’t assume it won’t happen. Assume it will and prepare. If you own it and it’s of significant value, insure it my friends.

Develop contrarian assets. One of the most heartbreaking aspects of the Enron meltdown was the fact that many Enron employees held much of their 401k retirement funds in Enron stock. That’s right, they not only lost their jobs in the collapse, they lost their retirement savings as well. While much has been written about stock portfolio diversification, not much gets said about diversifying your assets with other assets that have the potential to increase in value as other assets decrease. I once had a business owner ask me for advice on his business, which focused on one market segment and in one geographic area. Also, his sole source of income was from his business. What I told him was this – you’re being blindly optimistic. He discounted to zero the likelihood of a young buck, full of energy, starting a competitive business to take away part of his market share or that his customers in that single geography wouldn’t change their preferences or habits. We know that’s not how it works in the ever-evolving landscape that is small business. What would be a better strategy for him? It’s this – take some of the profits from his business and invest it in contrarian assets – stocks, real estate, or other completely un-related businesses. That way, if his golden goose (the business) were to ever get sick, he would have alternative assets that would provide him with income. Here’s the fact – most small businesses don’t fail because of lack of profits. Rather, they fail from poor timing of cash flows – inflow comes after the outflow. Doesn’t it make sense to build multiple streams of income? Of course it does. The key point here is this – If 100% of your income is from a single source, whether that be a job, a business or an expected inheritance, you should create a plan for building contrarian assets to protect you from life’s pitfalls. Look, businesses fail, people get sick and can’t work, workers get laid off and aunt Bertha can decide at the last minute to give your inheritance to her cats. As they say, there’s no greater wealth than peace of mind. Amen.

Before we conclude this essay, some of you may be wondering why I’m not discussing the plethora of other asset protection options out there like offshore accounts, annuities and trusts. It’s because they are beyond the scope of this simple essay and also because those type of wealth protection instruments are certainly processes where you would want to get significant legal advice to setup.

The goal of this article was to get you thinking about protecting your wealth. You’ve worked hard for your money. Don’t gamble with major assets like your house, jobs and businesses. Take a lesson from Warren Buffett and secure what you’ve worked for. 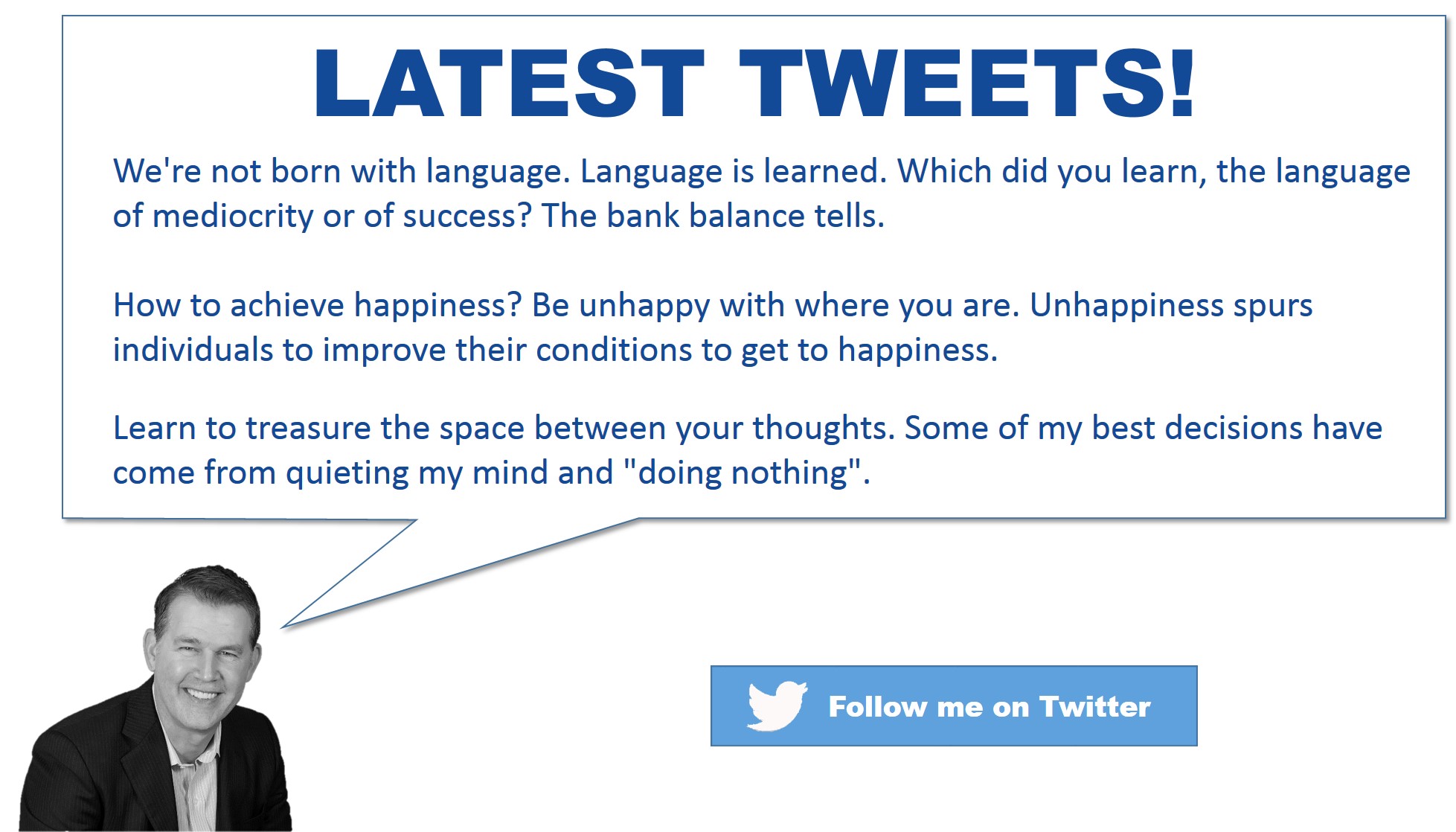 7 Out Of 10 Americans Believe This About The American Economy… And They’re All Dead Wrong!