Time to break-out the champagne and celebrate?

While the idea of more income going into individuals’ bottom line sounds great on the surface, for most people that additional income won’t do anything to increase their net worth.

If not to the bottom line, where will that additional income from the tax savings go? Here’s a clue…

On Black Friday this year, Americans charged 27% of their spending to credit cards, and 43% of shoppers admitted they spent more than they had planned. Considering that more than 14 million consumers are still paying off previous year’s holiday debt, any tax savings will just go towards paying previous debt or towards paying off new debt.

The United States is a spend economy. Indeed, consumer spending makes up roughly 70% of our country’s economic activity. And that’s not necessarily a bad thing. Consumer spending drives an economic machine that creates jobs, business growth and investment opportunities.

But there’s a dark-side to that all of that spending…most of it is fueled by credit, rather than cash. This only serves to dig the financial hole deeper, for those doing all the spending.

Here’s what the spending looks like when the dust settles:

-56% of Americans carry some form of consumer debt and 49% couldn’t cover 1 month of expenses if they missed a paycheck.

-Half of Americans live paycheck-to-paycheck.

-Not surprisingly, about 49% of Americans surveyed stated they are: “concerned, anxious or fearful about their current financial well-being.”

But one of the most interesting statistics is this…

Indeed, while it’s nice to receive more income, a lack of income is normally not the cause of financial problems. The problem is that the income comes in and then it departs, even quicker than it came in.

Can A Pay Increase Decrease A Person’s Net Worth?

As I’ve said before, the occasion of someone getting a pay raise at their job should normally be a cause for celebration. Sadly, it’s just the opposite. The average person spends their pay increase (and normally more) and therefore their net worth actually decreases when they get a raise. Read that again. For the average American, a pay increase normally results in a decrease in net worth.

Here’s Jim Rohn on this:

Indeed. In general, when more money comes into contact with a person who has a reputation for spending it, only the reputation of the latter will stay intact.

So, what’s a freedom fighter to do?

Simple. Refuse to participate in the zombie-like financial habits of the mediocre majority.

And the “opposite” process is fairly simple.

Just look around you. With the dismal financial record of most Americans, it shouldn’t be hard to locate a lot of people who are screwing-up with their money. You may not have to look very far, as even most families have a financial knucklehead or two in them.

Observe how they think, talk and act regarding money. Watch intently.  Take a forensic approach. Look for clues. In short order, they’ll vomit out a stream of financial stupidity that will make it abundantly clear what has lead them to their state of financial despair.

And then do this…

Don’t Think Different, Think Opposite Of Them

The financially successful don’t spend all of their income. Nor do they spend an unexpected windfall. They save. They put a portion back.

“Shortly after I met my mentor he asked me, ‘Mr. Rohn, how much money have you saved and invested over the last six years?’  And I said, ‘None.’  He then asked, ‘Who sold you on that plan?'”

The financially successful don’t just save to save. They know the formula for financial success includes turning a portion of their saved income into investment capital.

“To become financially independent you must turn part of your income into capital; turn capital into enterprise; turn enterprise into profit; turn profit into investment; and turn investment into financial independence.”

The financially successful don’t leave things to chance with their income. They know that investment is a necessary part of success, not a condition of how things are at the moment.

The financially successful have a plan for their money. Every single dollar, now and in the future, has a purpose. They don’t leave things to chance.

“If you were to show me your current financial plan, would I get so excited by it that I would go across the country and lecture on it? If the answer is no, then here’s my question: ‘Why not?’  Why wouldn’t you have a superior financial plan that is taking you to the places you want to go?”

“The key factor that will determine your financial future is not the economy; the key factor is your philosophy.” – Jim Rohn 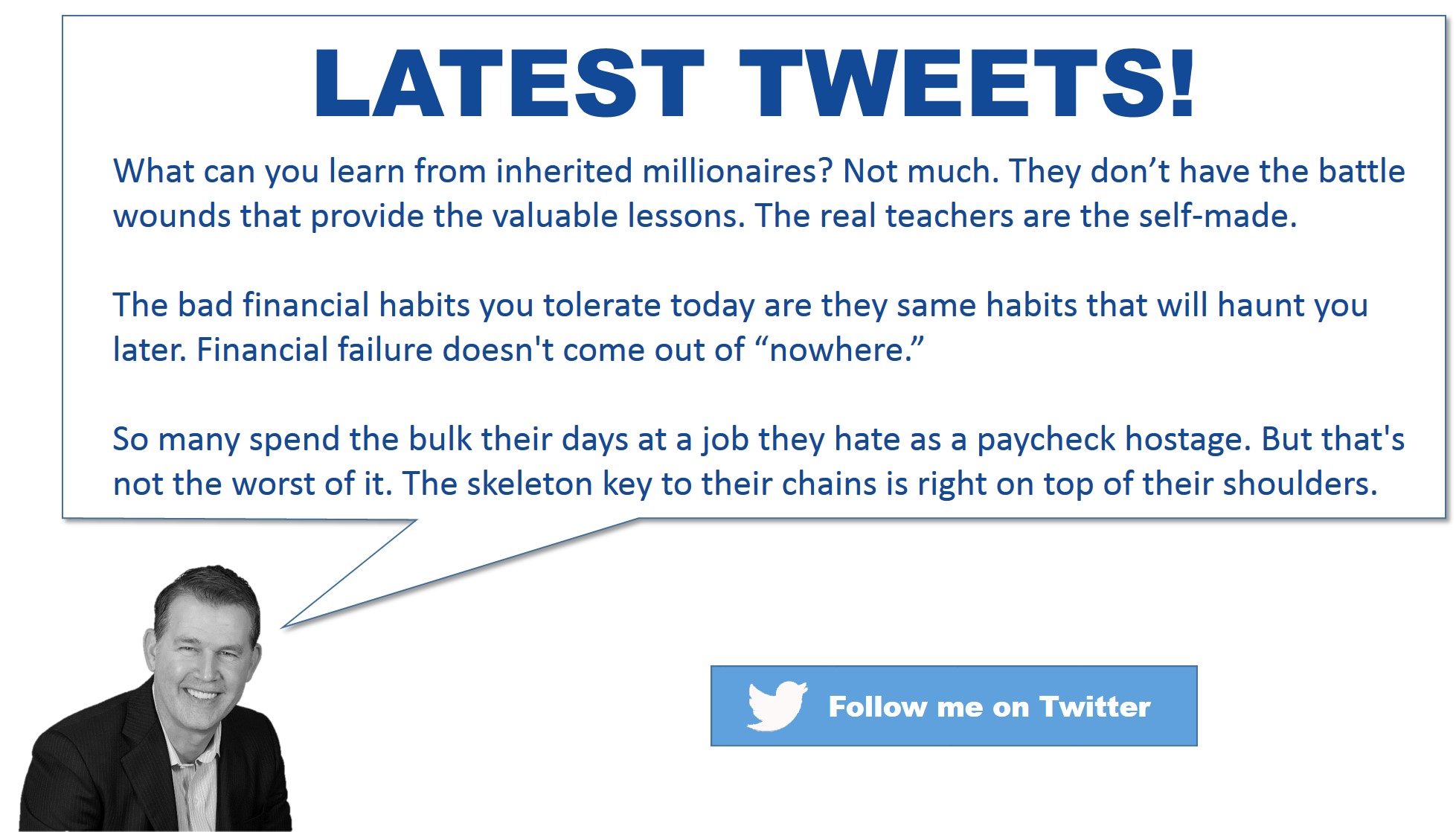 Take This Job And Shove It!! Hilarious (And Clever) Ways People Have Left The Old Ball And Chain!