Getting on the wrong path generally starts at a young age and within your parent’s house.

In the best of homes, parents teach their kids about sound money management, just as they do about staying in school, not using drugs and the need to associate with the right kids.

That’s the best of homes.

In the worst of homes, parents perpetuate money myths onto their children such as “money makes people evil” or “only the privileged can become wealthy”. They do this in an attempt to make up for their own failures with money. Sad but true.

And what about the other homes?

In most homes, parents simply don’t talk much about money. Or if they do, it’s generally talking about the lack of money – “We can’t afford that!” and “Do you think we’re made out of money!”.

In any case, most American children come out of their home financially illiterate. Turned loose on the world with an eye towards a great life, all the while being totally unprepared for what happens next.

What happens next is that they enter into one of America’s colleges or universities and become one of the masses of “starving college kids”. But no worry, they’ll get a degree and land a great job in corporate America afterwards and then they’ll be all set financially. After all, if you can live on a few hundred dollars a month as a college kid, a job in corporate America paying $80,000 will give them all the money in the world, right?

When they do graduate, they do get that $80,000 job and for a short time everything is great. Most short term money problems go away and even some small debts are paid off. And hey, while everything is going so good, it’s time to live a little. After all, it’s more money than they’ve ever had and they’ve waited for what seemed to be an eternity without some of the niceties of life; surely it’s OK to spend a little? After all, that job in corporate America will take care of things.

Cars are the first to show up first. Electronics are not too far after. A few boats, jet skis and motorcycles appear. And then the mother of all things that cannot be lived without makes its grand entry into their lives – designer clothing!

And then the fishing begins. Fishing? What’s fishing have to do with this you ask?

Well, it’s hard to have all the cool toys and not want to show them off. So, people start fishing for compliments on their latest swag. Check out my new BMW! Do you like my new handbag? Dude, you don’t have the latest iPhone like me?

The problem is that those things are not theirs. They belong to the banks and the credit card companies. Because along the way to “Keeping Up With The Joneses” land, the average American discovered something else, something insidious… credit cards.

Lured by in-store credit and 90 days of no interest promotions, the average American starts a multi-year addiction to using OPM – other people’s money. Credit cards let them have the latest gadget and fashion while paying a small monthly fee. And after all, they’ve still got a good job, so what’s the big deal? They’ll pay the credit card bill off eventually.

And what about that job? It’s actually going great. With a few years of experience now, they are advancing. Some are even moving into entry-level management jobs. Their pay is on the increase and now they’re making six figures. Time to celebrate.

And what better way to celebrate than with a giant house? After all, they’ve been living in apartments for years and it would be better to park that new BMW in a garage than in a parking lot. Also, they’ve finally meet the honeybun of their dreams, so it’s time to get married and start a family. And a family will need a house.

But not just any house. They reason that they should get a McMansion just like their friends have, one that has a mortgage that’s over half of their take home pay. After all, a couple with two BMWs, expensive gadgets and fancy clothes can’t live in a modest home. What would their friends think? The humanity of it!

But no worries because their job is OK. There’s talk of changes in the company but the executives are always talking about that. So, all that restructuring nonsense can be ignored.

Speaking of ignoring things, they have to attend the mandatory meetings on the company’s 401K plan. Boy, retirement seems so far away. They know they should put more money into their retirement account, but there’s so many expenses right now with the house, kids, cars, private schooling and all. They’ll just contribute the minimum to their retirement account for now and promise that they’ll bump it up to the maximum contribution later…when they can afford to.

Life goes by like this and all is well…until it isn’t.

Talk of those company changes become real as the company goes through not one but three restructurings in a year. There’s people moving around inside the company everywhere and anxiousness prevails. They are able to escape the first layoff but now they have a new boss. And what a piece of work this guy is. Shouldn’t he be spending his days on a psychiatrist’s couch instead of coming to the office?

All of a sudden, corporate America doesn’t look so great now. With its politics, butt kissing and mind games, the once bastion of financial security is now like hell on earth. Cover your ass, being the bosses’ pet and the Peter Principle reign. Not to mention the endless conference calls, pointless meetings, stupid team building exercises and staying two-to-a-room in dirtbag budget hotels due to corporate “cutbacks”. If that’s not enough, an arduous commute, the elimination of raises and consistently being asked to be a “team player” and work extra hours without pay are thrown in.

“Enough! Time to get out. Time to leave the hellhole that is corporate America”, says the average American.

But they can’t leave. They certainly don’t have enough money in savings to fund their escape. But what about that big salary? Most of it was spent on things. The rest didn’t even keep up with inflation.

And then reality hits.

There is no way out. They’ll be working like this for the rest of their lives. They’re caged men.

A life characterized by getting up at an obscene hour each morning, to drive two hours to a job they literally can’t stand, to work with people that need to be committed to an insane asylum and then to look forward to the prospect of doing it all over again the next day, and the next day and the next.

That’s not a life friends. That’s hell. And it’s how most Americans spend their days because they got lost on their way to financial freedom.

And if what I’ve written above describes you, or someone you know, know this – there is a better way and it’s never too late to start living the life you intended to live.

There’s absolutely nothing for sale on this blog. No training programs or CD’s to buy or any way to enrich me at your expense. Nada. There’s just 100% free, hard-hitting, actionable advice on how to achieve financial freedom from someone who has done it. Why do I do this? It’s my way of giving back.

And give back I have.

There’s almost 200 articles on this blog, all about achieving financial freedom. All for you. There’s also a Resources section, chock full of tools to help you build wealth. Lastly, there’s a lively group of people who are working towards financial freedom that read and comment on my articles and they are a wonderful source of inspiration to anyone who wants to get on a different money path.

And if you want to jumpstart your way to wealth, consider subscribing to my blog below. Once you do, you’ll get a lot of free books that will help you. You’ll also get the very system I used to become financially free.

And what if you’re not jazzed by the way I write or the philosophy and methods I used to become financially free? That’s fine, perfectly fine. But just do this…

Find something or somebody that will help you.

Don’t quit or give up on your goal to become financially free. You’ll regret it the rest of your life.

And when looking for someone to help you, my advice is to just ask these two questions:

If you’re the do-it-yourself type, then go to the library and check-out every book you can about Warren Buffett and investing. While you’re there, rent all the audiobooks and lectures from the likes of Jim Rohn, Brian Tracy and Zig Ziglar. The education you will receive from this very act alone will put you lightyears ahead of everyone else who muddles along in life. This will cost you absolutely nothing.

Know this – most people can’t afford to be themselves. If you don’t have enough money to buy your freedom, it’s hard to prove that you are yourself. And if you aren’t free then you have to have a job, and then everyone can see you’re not really yourself, but some conformist instead.

You deserve to live the life you intended to live. The life where you have free time, time to spend with your kids, time to travel the world, time to relax and enjoy the good things in life. The free life.

So, what will it be?

Another year suffering as a paycheck hostage or will you make this year the first year towards the soul-liberating path of financial freedom? 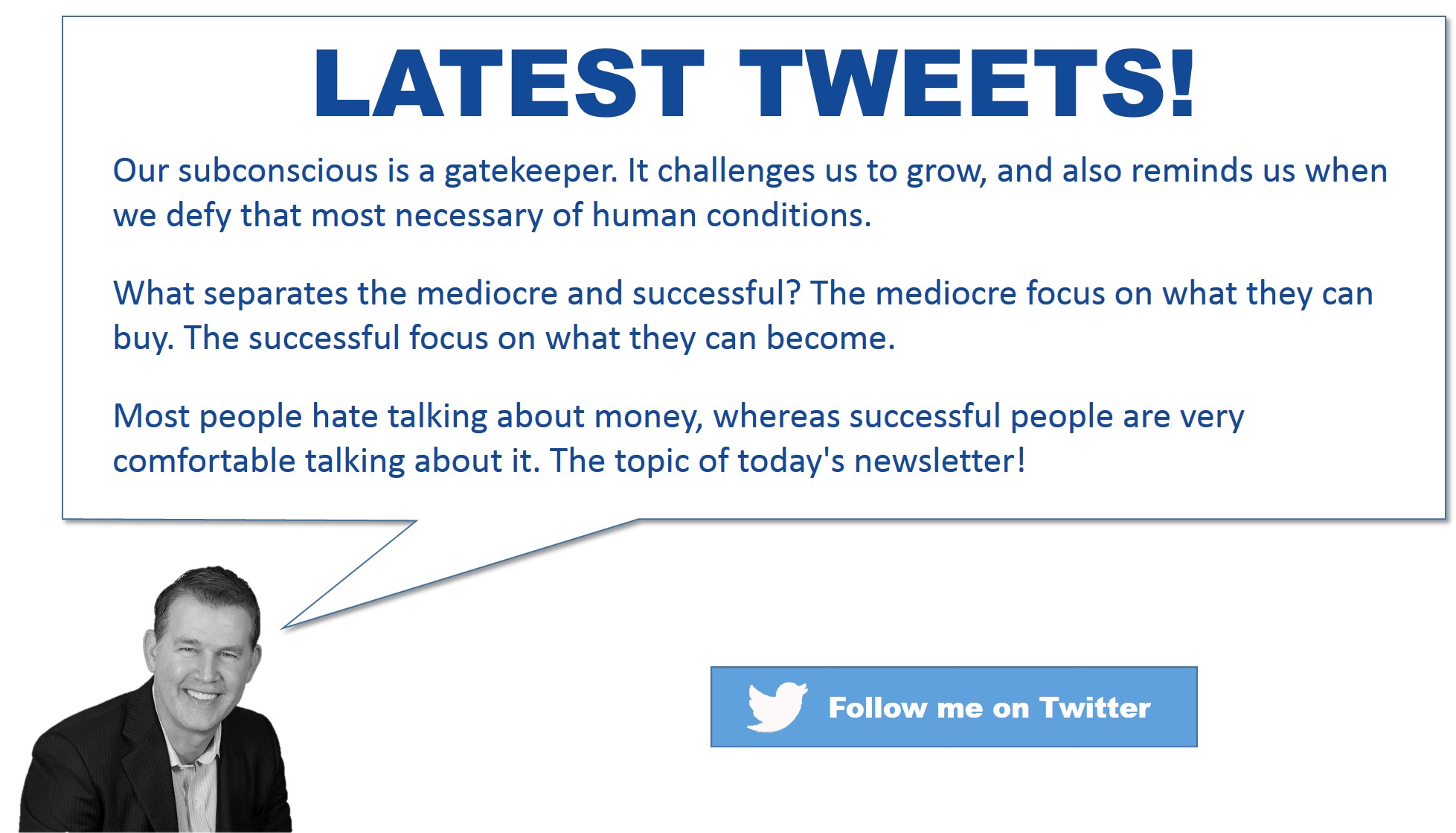