According to HBO, “‘Becoming Warren Buffett’ tells the improbable story of how an ambitious, numbers-obsessed boy from Nebraska became one of the richest, most-respected men in the world. The definitive documentary on Buffett, this candid portrait sheds new light on a man who has helped shape the way Americans view capitalism and, more recently, philanthropy.”

I’ve seen the film’s trailer and it looks incredible. I’ve written before on how Warren Buffett became a billionaire but apparently this documentary offers even life-long Buffett fans like me a rare glimpse into what made him.  In other words, we’ll see the process of becoming him. And that’s the focus of today’s essay. Becoming.

This is why I rail so much on the “I just want to be comfortable” crowd, who comically want to freeze time and just be who they are at that very moment for the rest of their lives. No growing. No becoming. Just a frozen little rose bud where not much is expected of them. Life doesn’t work that way friends.

I have a question for you – When you were 10 years old, did you expect to be the person you are today?

So my point here is this:

If things continue as they are, who are you going to become 10 years from now?

Think about it for a moment. How many things were part of your life 10 years ago that are completely absent today? What things did you love back then and knew in your heart-of-hearts that you’d have become by now, that didn’t materialize or don’t even cross your mind today?

It’s bizarre and troubling to realize just how much things have changed and how many parts of your life no longer happen.

Some may say, “I didn’t choose to become this, it just happened!”. Nonsense.

We don’t always choose the challenges we’ve had to endure. However, we all make relevant decisions during those challenges that shaped us into what others see, and more importantly, what we see in ourselves.

Zig Ziglar put it best when he said, “When obstacles arise, you change your direction to reach your goal, you do not change your decision to get there.”

So, the question is this – Who do you want to become, and what steps will it take to get there?

If you want to be known as a financially independent person that consistently manages and invests their money well, you can become that. If your dream is to live your days on your own terms, you can become the the person who enjoys that type of life. If becoming financially successful and respected is your goal, then you can choose to put in the energy, sacrifice and hard work ethic so that you can get there.

It starts with you deciding on, committing to and demanding of yourself what you’ll become.

Our minds don’t like conflicting thoughts and will actually act on our behalf to resolve them. This is what is known as cognitive dissonance. So, use this to your advantage. Tell your mind you who must become. Setup the cognitive dissonance framework in your mind and let it begin to change you so that your actions, attitude, philosophy and belief system are congruent with who you must become.

What are your aspirations in life, and are you on track to accomplish them? Don’t expect this transformation of becoming who you desire, to happen overnight. It takes time and discipline to change thoughts and behavior. Always be willing to say, “Growing pains are great. I’m becoming who I want to be!” because you are capable of greatness, and no one can generate this forward momentum but you. You must believe in yourself and have faith that your life will become everything you’ve ever dreamed of. Don’t live in the frozen day dream of “I just want to be comfortable”. It’s time to live a life unfrozen!

Ask yourself these two questions to get yourself started:

As I said last week, most people can’t afford to be themselves. If you don’t have enough money to buy your freedom, it’s hard to prove that you’ve become yourself. And if you aren’t free then you have to have a job, and then everyone can see you’re not really yourself, but you’ve become some conformist instead.

That’s not a life for you my friend.

What kind of person are you becoming? 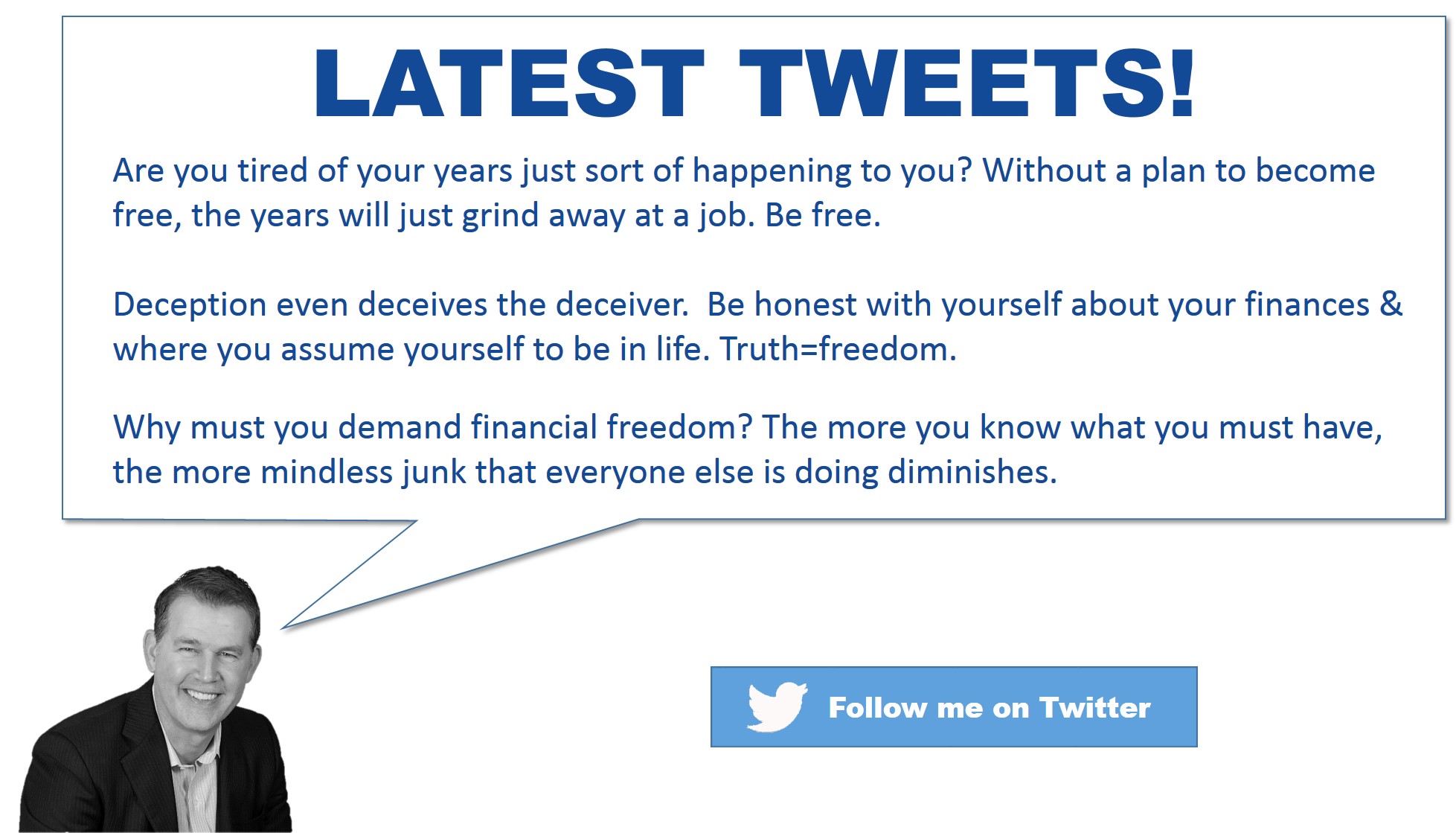 New Video! The Ultimate Secret For Getting All That You Want In Life. (Hint: It’s Not What You Think)

Did You Follow Warren Buffett’s Priceless Advice On October 16, 2008? You’d Be Rich If You Did!

Apocalypse Now! Doom & Gloom: Why You Should Ignore The Financial Doomsday Practitioners.