The vast majority of Americans believe that the economy is rigged against them. Seventy-one percent think the U.S. economic system is “rigged in favor of certain groups,” according to a new poll by Marketplace and Edison Research.

The poll asked one simple question: “Which of the following comes closer to your opinion of the economic system in the U.S.?”

Respondents could select between these three options:

Most selected #1, that they believe the economy is rigged. It didn’t matter if the person was white, black or Hispanic or whether they identified as Republican, Democrat or Independent. The majority voted that the “system” is against them.

And every single person who selected this option is wrong. Dead wrong.

And now it’s become ubiquitous. The stock market is rigged. The banking system is rigged. And of course, the economy is rigged. People who believe this are literally saying, “We can’t get ahead, therefore the system most be rigged against us!” Help us! Save us!

But here’s the thing….

So, the question I have for the “rigged” believers out there is this – How could this happen? How could a “rigged” economy allow three hundred thousand everyday Americans to grow their net worth to a level of one million dollars? If the economy were rigged, how do you explain 300,000 new millionaires? How do you explain me?

Until the 19th century, it was assumed all swans were white. That is, until the discovery of black swans in Australia. Suddenly, black swans turned up everywhere, unsettling people’s expectations and what they knew to be the “truth”. The term “black swan” as gone on to become synonymous with things that are held to be true, that simply are not true.

And here’s the thing about the truth, when it comes to money, personal finance and building wealth –the truth is like poetry. And we know what most people think about poetry – they hate it.

When someone just “likes the truth” regarding their finances, they’re not committed to them. They embrace the truth when it is favorable and then deny it when it’s not. When an inconvenient truth arises, these people seek convenient excuses such as “the economy is rigged” as the reason they are not wealthy yet. It is disquieting for them to think they have made bad choices with their money, so they close off options and shut down self-critical reasoning, critical reasoning such as “if the economy is rigged, how is it that so many people are becoming newly rich?”

Is the truth always pleasant? No, it’s not. But if you’re goal is to only hear pleasant things, then get comfortable with the idea of having a mediocre life. The foundation of success is the truth – truthfully assessing where things are and how they got there. Only when you know the truth can you change it.

There’s No Secret Pile Of Money

And what is true?

Look, the US economy is not rigged. What does a person have to do to gain a better standard of living in this country? Get to high school, do reasonably well in high school, go to college (a cheap, in-state school should do it) or pursue a trade if you have a workable passion like plumbing, welding, etc, get a degree in a field that leads to lots of opportunities, get your first job, and move up from there. While you’re moving up, don’t spend all that you earn. Save some of it to invest and then invest wisely (don’t eat your children). It is that simple. Let me repeat that. It is that simple. Let me repeat that for the people who think that everything is rigged against them, it IS that simple.

No, of course it’s not quite that simple. There will be blips, the stock market will gyrate, the economy will ebb and flow, and you may need to change careers.  But compare the chances of these things happening now versus say 100, maybe even 50 years ago. Seems like you have it better off than your parents and grandparents did with regards to mobility, medical care, safer cars, access to information, etc.

Our economy is far from perfect, and there’s plenty of room for improvement in areas from healthcare to education, but to accept the rhetoric that the game is somehow “stacked against you” is a bunch of horses***.

Here’s my advice to the “rigged” believers:  Stop looking for someone to tell you what what you want to hear. Instead, look around you to see if what you claim is true is in fact not true and has been proven by thousands of people to not be true.  Before you quickly accept a populist theme such as “the economy is rigged”, ask yourself this – “if that were true, wouldn’t it be true for everyone?” If it’s not true for everyone, then it’s just a convenient excuse for a inconvenient truth. 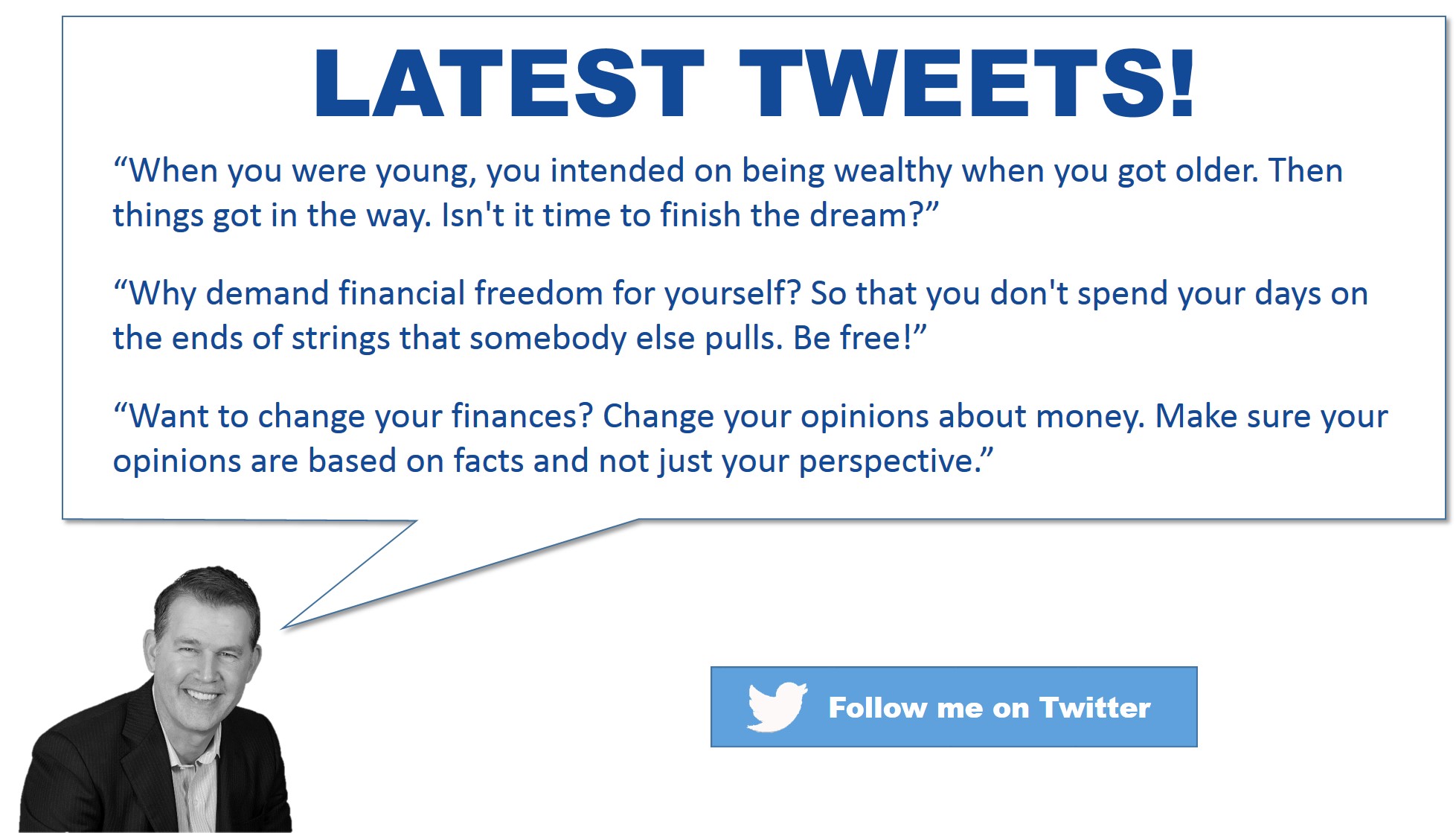 I Want You To Keep Your Money… And That’s Why Most Wealth Bloggers Hate My Guts!

What’s The Most Valuable Asset You Own? I’ll Give You A Hint: It’s Not Your Money!