Financial wisdom doesn’t come naturally to the mind, it’s learned. Most people who have achieved success with money received help along the way. Maybe they absorbed the knowledge from a parent or grandparent. Or perhaps they pursued it on their own by reading personal finance books and by copying the success habits of others. That’s what I did.

Either way, if you’re ready to improve your finances you’re probably ready for some advice that makes sense. Not get rich quick advice. Rather, good old common sense. When it comes to common sense advice about money, I think the best source is Warren Buffett.

Although one of the world’s wealthiest people, Warren lives a “simple” life. He still drives himself to work every day and dines at inexpensive restaurants in Omaha. He is widely known for being courteous, personable, and humble.

Warren Buffett is a genius when it comes to investing and in life, so it pays to listen to his words.

In honor of what he has accomplished, here are 8 unique bits of financial brilliance from Warren Buffett:

1. Wait for the right opportunities and then pounce: “You do things when the opportunities come along. I’ve had periods in my life when I’ve had a bundle of ideas come along, and I’ve had long dry spells. If I get an idea next week, I’ll do something. If not, I won’t do a damn thing.” Warren is a patient man. He would never chase stocks or force an investment. He waits for the right moment to pounce, and pounce he does by investing large sums in just a few stocks. This requires a great deal of discipline, and that is what separates him from the majority of unsuccessful investors. Indeed, patience is a virtue.

In the book “Think and Grow Rich” Napoleon Hill tells a story with the title “three feet from gold.” It’s about a man who found a piece of land that had promising gold deposits, After convincing some relatives and friends he managed to get enough money to buy the machinery necessary to mine the gold ore.

He sold the machinery to a junk man for a few hundred dollars and went back home. Luckily, the junk man was smart. He got a mining engineer to come and look at the mine. The engineer made some calculations and showed the junk man that the person he bought the machinery from had quit just three feet away from where the gold deposits were. Had he continued digging he would have found the gold. The junk man had truly struck it rich and made millions of dollars in ore from the mine.

3. Be around better people: “It’s better to hang out with people better than you. Pick out associates whose behavior is better than yours and you’ll drift in that direction.” If you want to be successful then you must surround yourself with successful people as you tend to become that with whom you spend the most of your time with.  Remember, people are like vitamins or poison. So choose wisely the people you associate with.

4. Whatever you do, do it with passion: ​“Without passion, you don’t have energy. Without energy, you have nothing.” Be passionate in what you do and do what you are passionate about. Passion will make you go to the ends of the earth to see a dream fulfilled. It will be your fuel in your journey. It will make you unstoppable. It will see you through when times get tough, and it is the sauce of life. Just like the old saying, “Wherever you are, be there”. This quote is often misconstrued, but it simply means that if you’re going to do something, give it your best or don’t do it at all.

5. Play a game that you know: “Never invest in a business you can’t understand.” Warren Buffet will only invest in something he knows well, to ensure that his chances of losing are slim. Understanding a business really well can help you smell trouble from miles away. Also, you can never have conviction in something you do not understand, and conviction is what enables you to pounce on an investment when the time is right.

6. Do what you have to do now, so you can do what you want to do later: “Someone’s sitting under the shade today because someone planted a tree a long time ago.” If you aspire for a better future, then you must sow the seeds accordingly. What you enjoy now is the result of your previous efforts. Look at what seeds you are planting today. Are they wealth seeds such as saving, investing and sharpening your financial education? Or are they weed seeds such as spending, playing games and watching TV? Where you will be 10 years from now is largely determined by what actions you are taking today.

7. Be willing to be different: Don’t base your decisions upon what everyone is saying or doing. When Warren Buffett began managing money in 1956 with $100,000 cobbled together from a handful of investors, he was dubbed an oddball. He worked in Omaha, not Wall Street, and he refused to tell his investors where he was putting their money. People predicted that he’d fail, but when he closed his partnership 14 years later, it was worth more than $100 million. Instead of following the crowd, he looked for undervalued investments and ended up vastly beating the market average every single year. To Warren Buffett, the average is just that — what everybody else is doing. To be above average, you need to measure yourself by what he calls an “Inner Scorecard”, judging yourself by your own standards and not the world’s.

I’ve spent a lot of time around Warren Buffett at Berkshire Hathaway’s annual meetings. The education that I receive at these meetings is always profound.

But it’s also something else…it’s simple.

Many times simple advice is ignored, but I can tell you that the best money advice is extremely simple to digest. A few choice words can summarize winning money ideas and rules of thumb quite nicely.

I hope you have enjoyed this common sense advice from the world’s greatest investor and that it’s given you some ideas on how to increase your wealth. 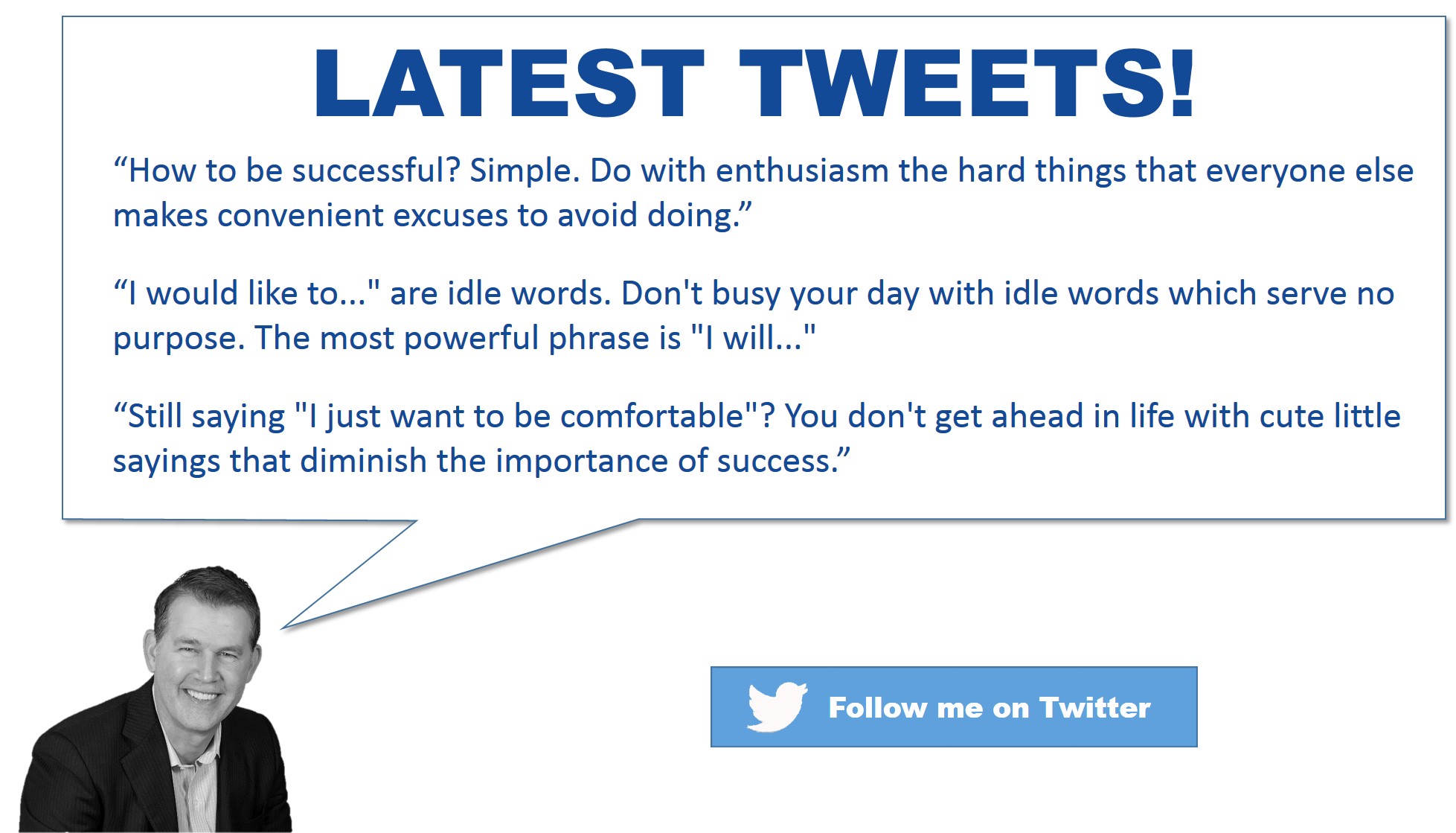 The Way To Wealth: Benjamin’s Franklin’s Timeless Advice For Becoming Part Of The One Percent!

Is Premature Eye Drying Syndrome Keeping You From Achieving Success, Especially When Your Close?