Many people have a tendency to believe that the best predictor of future success is a high IQ. After all, some of the world’s most successful people are indeed very smart.

However, for as many smart successful people as there are, there’s an equal number of smart people who have underachieved. This begs the question – with people of equal intelligence, how is it that some are successful and the others are not?

The answer is this – although intelligence is important, it alone is simply not enough to guarantee success.

That’s because success requires something else.

Something that can’t be measured by a standardized test.

Something that can’t be predicted by how quickly someone solves a puzzle.

Something that can’t be achieved by simply being good at math.

So, what then does determine success?

I’ll tell you in a moment, but first a quick story…

A group of young brilliant scientists together with an older guide were walking through a forest in search of a place to setup camp, when they came across the remains of very large and unusual animal that had just died. The young scientists were very excited about their find, and decided that they would try to bring the creature back to life.

As time passed, the old guide looked on with amazement at the team of brilliant scientists and what they were accomplishing. Indeed, it looked as if they were about to revive the magnificent creature!

About this time, the old guide suddenly shouted for them to stop while he quickly climbed up the highest tree he could find.  The brilliant scientists just laughed at him and continued working… until suddenly they brought the creature back to life!

Only the old guide lived to tell this story…

You see, the best indicator of success is not a high IQ, it’s determination and hard work and one other factor – opposite thinking.

If a person want to be successful, the first thing they need to change is their thinking. It’s their greatest resource.

What’s the best way to ensure that you are thinking the opposite of unsuccessful people? Ask yourself this simple question – has your current thinking lead to success? Be honest with yourself. If the answer is no, then take a mental sword to the ideas, habits and actions that aren’t working for you. Cut them out of your life. Then simply look to adopt the opposite ideas, habits and actions that lead to success. After all, doing the same thing over and over again and expecting a different result is the definition of insanity.

If a person has the thinking of an unsuccessful person, then no amount of reading, intelligence, coaching or training is going to make them successful. However, once they change their thinking to the opposite of unsuccessful people, things will change for them. 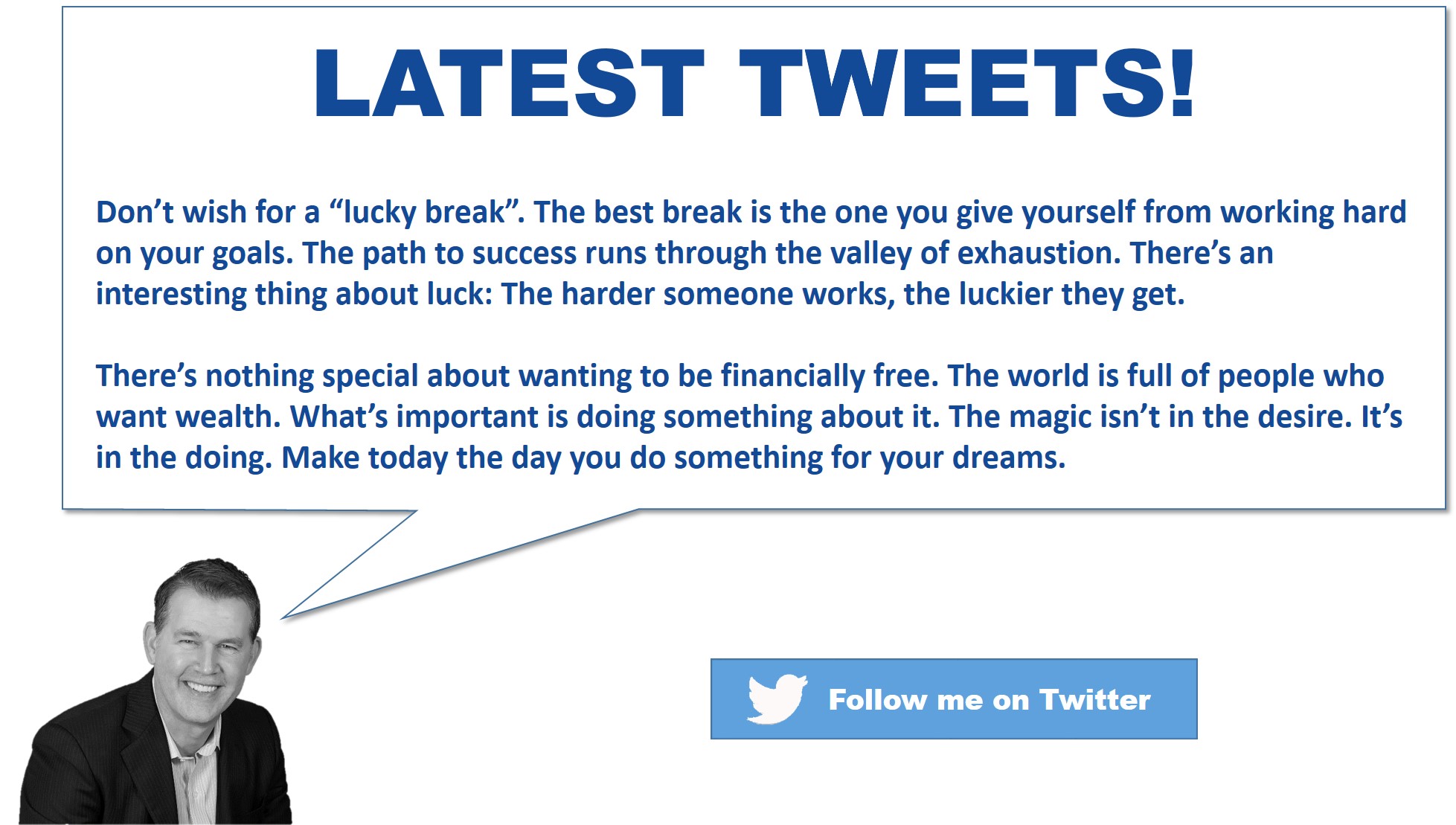 A Parable About Financial Freedom: If The Circus Were To Come To Town, Would You Eagerly Join It?

Success Is Not About Making All The Right Moves. Not Hardly. It’s More About Avoiding This…